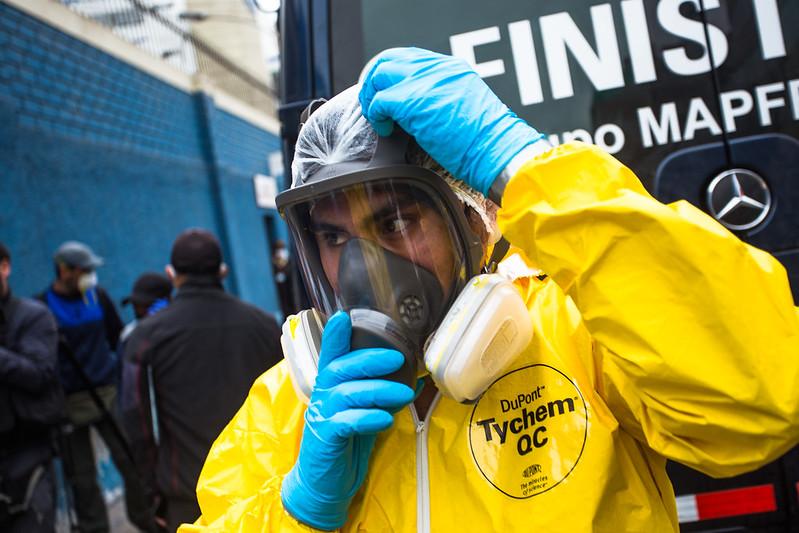 Surging COVID-19 cases in parts of South America are overwhelming some health systems, demanding a quick response, though infections continue to drop in other countries in the Americas region, the head of the Pan American Health Organization (PAHO) said today.

In other global developments, Colombia, Cambodia, and several more countries in Africa received their first vaccine shipments though COVAX, a program led by the WHO and its partners that is designed to provide equitable access to vaccines, a key tool for driving down virus levels in all parts of the world.

At a briefing today, Carissa Etienne, MBBS, MSc, said the mixed picture of country situations in the Americas is a reminder of how deadly complacency can be. The region's main hot spot is the northern Amazon basin, including Peru's Amazonian state of Loretto, where intensive care unit (ICU) beds are filled with COVID-19 patients, and Colombia's Amazonas state, which is reporting that country's highest case levels.

In Brazil, the Amazon state of Acre is struggling with a surge of COVID-19, along with a dengue epidemic and flooding that has filled 94% of its ICU beds, putting the health system at risk for collapse. Etienne said other Brazilian states are also reporting high ICU occupancies.

Brazil yesterday reported nearly 1,700 deaths, it's highest single-day fatality count, according to the New York Times. Also, in new preprint findings, researchers from Imperial College London and Brazilian collaborators who conducted a statistical analysis of genome data suggest that the P1 lineage that triggered the second large outbreak in Manaus has probably been circulating since November 2020 and spreading rapidly in Brazil. They estimate that P1 could be 1.4 to 2.2 times more transmissible than other SARS-CoV-2 lineages and that it may evade 25% to 61% of protective immunity from earlier viruses.

Meanwhile, Etienne said other hot spots in the Americas include Panama's indigenous Guna Yala province and Guatemala's northern cities. But cases are on the decline in some South American locations, as well as in the United States, Mexico, and Canada.

Etienne welcomed the arrival of COVAX vaccine in Colombia, the first of 36 Americas countries to receive doses through the program. However, she said the region is behind in vaccination, because most countries can't get what they need through bilateral agreements with companies, a strategy used by wealthier countries. "This disparity harms our principles of solidarity. But more than that, it’s a self-defeating strategy. As long as COVID-19 endures in one part of the world, the rest of the world can never be safe," she said.

Just days after the first COVAX immunization began in Ghana and Ivory Coast, several more African nations received their shipments, part of the first wave of deliveries. The additional countries receiving doses include Nigeria, Angola, the Democratic Republic of Congo, Kenya, Gambia, and Rwanda, Matshidiso Moeti, MBBS, who directs the WHO's African regional office, said today on Twitter. "Keep them coming!" she said.

Elsewhere, Cambodia received its first COVAX shipment, according to the WHO Western Pacific regional office. It received 324,000 doses of AstraZeneca-Oxford vaccine made by India's Serum Institute, the first of 1.1 million doses the country will receive through COVAX by May.