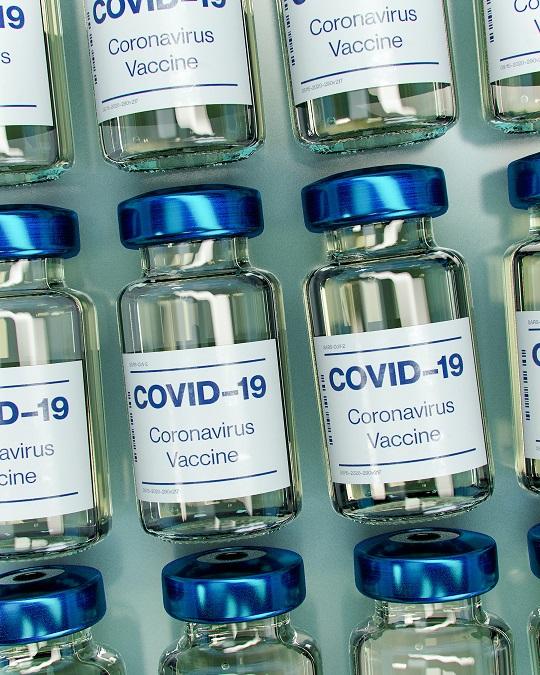 This month, the nonprofit and nonpartisan Peterson Institute for International Economics released its analysis of the COVID-19 vaccine supply chain to begin answering two questions:

The 50-page report goes over general supply chain needs, the development and supply chain of the top COVID-19 vaccine candidates, major policy interventions, and further points of reflection, such as the effects of international interdependence.

While the researchers call this paper a "first step," they say more information is needed from the dozens of lesser-known manufacturing companies that filled in supply chain gaps.

Pfizer/BioNTech, for instance, had relatively large in-house capacities already, routing all drug production, drug product formulation, and fill-finish through its own sites as of Dec 31, 2020. (Its only outsourced production was for the lipids its mRNA vaccine platform needed, which used Alabama-based Avanti Polar Lipids and UK-based Croda, according to the report.) As demand increased, other partners such as Dermapharm, Thermo Fisher, and Sanofi came on board to bolster the US and European supply chains, and lipid production companies went from two to eight.

Pfizer/BioNTech's production outside of these two markets was much slower to begin, though: Only in May 2021 did BioNTech announce a manufacturing facility in Singapore, and the same month, Shanghai Fosun Pharmaceutical acted on its March 2020 agreement to do a joint venture in China.

In comparison, the AstraZeneca/Oxford vaccine had a separate supply chain for the United Kingdom, United States, Europe, India, Australia, Japan, Latin America, Brazil (not finalized at the report's publishing), and Southeast Asia. Each region had at most four companies, but all told, the supply chain included 15 other companies besides AstraZeneca and Oxford Biomedica.

"The explicit (and entrenched) America First approach of the Trump administration even before the pandemic made clear that the rest of the world could not rely on American exports for vaccines," the researchers write.

"That explicit stance, as well as the implicit fear that other countries would do the same thing, almost certainly contributed to many company decisions to establish parallel supply chains in different markets rather than building out additional capacity in the United States or any other single location."

The European Union, Coalition for Epidemic Preparedness Innovations (CEPI), and the United Kingdom all financially supported COVID-19 vaccines in some form, but none matched the monetary amount and integration of the United States' Operation Warp Speed, according to the report.

Operation Warp Speed had a hand in sponsoring or buying products from almost 20 companies, and in tandem with the US Defense Production Act (DPA), the United States had an influential force on the vaccine development and production market.

The DPA had particularly explicit effects, the researchers note. For example, it caused Catalent to stop its production of thyroid eye disease drug Tepezza and Moderna to finish its 100 million-dose delivery to the US government before producing any other products or selling its vaccine to other customers.

The DPA also gave priority ratings to certain vaccine makers when it came to supply procurement. This caused Pfizer to ask for DPA benefits and other companies—and French President Emmanuel Macron—to compare the regulation to export restrictions, although the researchers say there aren't enough data yet to prove any consequences.

Despite nationalistic policies from the United States and others, international interdependence still emerged. The researchers say this helps buffer against location-specific lockdowns and may have helped the transportation of vaccine inputs and finished vaccine doses.

"The positive impact of that interdependence should not be taken for granted, as it was not enough to stop France and Germany from imposing export bans on personal protective equipment leaving their borders in March 2020, even to other EU member states with high disease caseloads, such as Italy," they write.

"A bigger policy failure than export restrictions on raw materials and equipment may have been the insufficient public investment to scale up global production of those critical inputs in the first place."