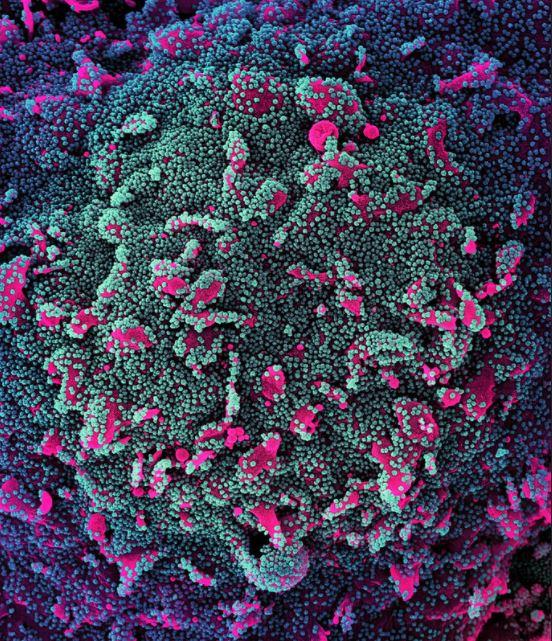 The 28-day risk of death for the B117 COVID-19 variant was 64% higher than for previously circulating strains in people older than 30 years, a UK study finds.

The study, led by University of Exeter researchers and published today in BMJ, involved community-based testing and death data from 54,906 matched pairs of participants who tested positive for COVID-19 from Oct 1, 2020, to Jan 29, 2021.

The hazard ratio (HR) for death by 28 days after diagnosis was 1.64 (95% confidence interval [CI], 1.32 to 2.04) for patients infected with the B117 variant, compared with previously circulating SARS-CoV-2 strains.

B117 was first identified in the United Kingdom in October 2020 and quickly became dominant, triggering a national lockdown and igniting concerns about possible increased transmission and disease severity.

Those diagnosed as having B117 infections had higher viral loads at diagnosis than those infected with other variants, which the authors said could be attributed to a variant trait or to the tendency of these participants to seek care when they were most contagious.

The researchers cautioned that their results may not apply to other settings and age-groups, because their study included only about 8% of COVID-19 deaths in England over the study period. Only 26% of COVID deaths occurred in the community during that time, and data on B117 status were available for only 30% of those deaths. "Whether the increase in mortality from community based testing is also observed in elderly patients or in patients admitted to hospital remains to be seen," they said.

Leon Danon, MSci, MSc, PhD, senior study author from the University of Bristol, said in a University of Exeter news release, "We focussed our analysis on cases that occurred between November 2020 and January 2021, when both the old variants and the new variant were present in the UK. This meant we were able to maximise the number of 'matches' and reduce the impact of other biases. Subsequent analyses have confirmed our results."

B117 is thought to be highly transmissible owing to mutations in parts of the virus genome that code for the spike protein responsible for binding to human cells, but the effects of those mutations on disease severity, outcomes, and death rates remain unclear. Future research, the authors said, could help inform better resource allocation and vaccine distribution and identify optimal times to ease public health restrictions.

"Healthcare capacity planning and national and international control policies are all impacted by this finding, with increased mortality lending weight to the argument that further coordinated and stringent measures are justified to reduce deaths from SARS-CoV-2," the researchers concluded.

Danon added in the news release, "SARS-CoV-2 appears able to mutate quickly, and there is a real concern that other variants will arise with resistance to rapidly rolled out vaccines. Monitoring for new variants as they arise, measuring their characteristics and acting appropriately needs to be a key part of the public health response in the future."