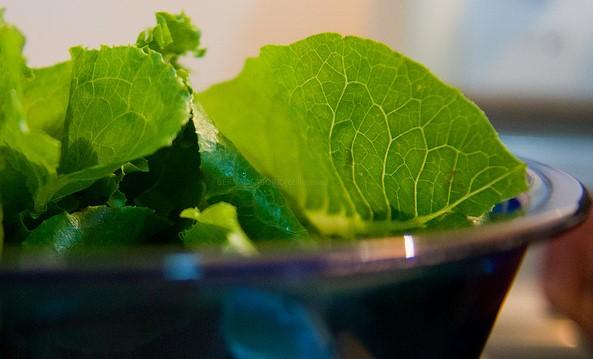 Federal health officials today said Adam Brothers Family Farms, based in Santa Barbara County, Calif., may be a source of romaine lettuce contaminated with Escherichia coli O157:H7, based on testing that matched the bacteria in irrigation water sediment to the outbreak strain that sickened patients.

In a media telebriefing today, however, Stephen Ostroff, MD, senior advisor to the Food and Drug Administration (FDA) commissioner, said the newly identified link doesn't explain all of the outbreak cases and that traceback investigations are still under way.

The Centers for Disease Control and Prevention (CDC) has been testing water samples in the ongoing investigation, and Ian Williams, PhD, chief of outbreak response and prevention with the CDC's Division of Foodborne, Waterborne, and Environmental Diseases, said the sediment that yielded the outbreak strain was from an agriculture water reservoir used for irrigation and was collected on Nov 27. Whole-genome sequencing of the environmental and outbreak samples "connected the dots between sick people and contaminated food," he said.

Ostroff said teams are gathering more information on the farm to assess how the E coli ended up in the sediment of the reservoir.

Though contaminated irrigation water was also found to be the source in an outbreak earlier this year linked to E coli from the Yuma, Ariz., growing region, he said the current situation is different, because the irrigation canal was used by many different farms.

In the latest outbreak, the reservoir is located only on the Adam Brothers farm and was likely used only on that farm, he said. Investigations will be looking at many contamination possibilities, which might include ruminants like cattle, other domestic animals, wild animal intrusion, or soil amendments.

Another mystery that health officials are investigating with both outbreaks is why romaine was the only product that triggered an outbreak, despite the fact that other types of lettuce were grown on the farms. "We're intensively interested in answering that question," Ostroff said.

In an outbreak update today, the CDC reported 7 more cases, raising the total to 59 cases in 15 states. So far, 23 people have been hospitalized, including 2 with hemolytic uremic syndrome, a potentially fatal kidney condition.

The latest illness onset is Nov 16. Canada, as of Dec 6, has reported 27 cases in 4 provinces linked to the outbreak.

Health officials said it's too early to say whether the outbreak is over, adding that investigations into human illnesses are also ongoing and complex, especially given that some patients ate romaine at multiple locations before they got sick.