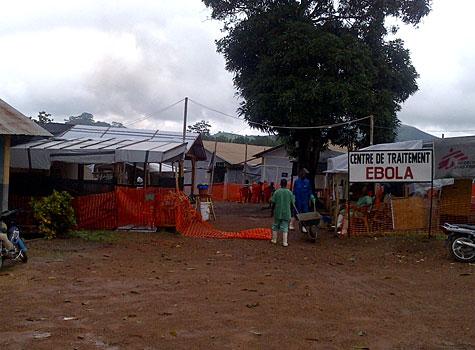 Countries inside and outside Africa have taken new steps to limit the spread of West Africa's Ebola outbreak, from travel-related measures in Africa to a Canadian government offer to donate doses of an experimental Ebola vaccine.

Meanwhile, the number of new infections and deaths continued to climb in the four affected countries, pushing the overall number of cases close to 2,000.

Guinea-Bissau's prime minister yesterday announced that the country had closed its border with Guinea to limit the spread of the virus, Reuters reported today. The order, which took effect yesterday, applies to official road border points, but it may be difficult to enforce in rural border areas. The border with Guinea is on the southern and eastern edges of Guinea-Bissau.

Elsewhere, Ivory Coast on Aug 11 banned travelers from Guinea, Sierra Leone, and Liberia and ordered its main air carrier to suspend flights to and from the three countries, said a story today in Vanguard, a newspaper based in Lagos, Nigeria. Ivory Coast has not detected any Ebola virus disease (EVD) cases but is bordered on the west by both Guinea and Liberia.

The World Health Organization (WHO) has said cross-border travel is one of the challenges for the affected countries, and it has discouraged the cross-border transport of the bodies of dead EVD victims. However, in general it does not recommend travel or trade restrictions, except when EVD cases are suspected or confirmed or when individuals have had contact with a sick person.

In a related development, the WHO clarified the country risk categories in the temporary recommendations it and its emergency committee made on Aug 8 for controlling the outbreak.

In an e-mail statement, the agency said that of three risk levels, Kenya would be in category 2, even though it does not border the outbreak area or have a suspected or confirmed EVD case. It said the recommended steps for category 2 countries applies to Kenya because of the volume of travel between it and countries that do have cases. Category 2 countries also include those that are near or share land borders with outbreak countries.

Meanwhile, the Canadian government yesterday announced that it would donate doses of an experimental Ebola vaccine developed by the Public Health Agency of Canada (PHAC) to the WHO, which will help facilitate its distribution. In a statement, the PHAC said the vaccine donation is part of Canada’s ongoing commitment to support its international partners in battling the outbreak.

Canada’s donation comes in the wake of a WHO expert panel decision, announced yesterday, that it’s ethical to use unlicensed experimental drugs and vaccines to battle the epidemic, if certain conditions are met.

The PHAC said the government would donate between 800 and 1,000 doses of vaccine to the WHO. The final number will depend on the amount the country needs to keep for additional research and clinical trials and for a small supply in case the vaccine is needed for compassionate use in Canada.

The vaccine, called VSV-EBOV, hasn’t been tested in humans, but has shown promising results in animal trials. The PHAC’s National Microbiology Laboratory developed the vaccine, and the Canadian government owns the intellectual property. It has licensed the development rights to BioProtection Systems, a pharmaceutical company based in Ames, Iowa.

In an Aug 5 statement, NewLink Genetics Corp, BioProtection Systems’ parent company, said it had received an initial $1 million contract from the United States Defense Threat Reduction Agency for studies to bring PHAC’s vaccine closer to clinical trials. The company said the contract will cover preclinical toxicology studies and the production of clinical materials.

The company said the vaccine was 100% effective in preventing lethal infections when given to nonhuman primates and that it appears to act rapidly enough to protect animals that recently received a lethal dose of the Ebola virus.

Anthony Fauci, MD, director of the National Institute of Allergy and Infectious Diseases (NIAID), reviewed the new therapies and vaccines that are in development against EVD in a perspective article published today in the New England Journal of Medicine (NEJM). He said that though the development of interventions has been accelerated, public health measures have been proven to control EVD outbreaks.

He urged experts to consider a possible downside of prematurely deploying unproven interventions in West Africa’s outbreak area. They could cause inadvertent harm, "compromising an already strained relationship between health care professionals and patients in West Africa."

The PHAC said it would also provide an additional $185,000 to the WHO to assist with EVD outbreak efforts in West Africa.

The US Centers for Disease Control and Prevention (CDC) said today it now has more than 50 experts on the ground in the EVD outbreak countries. It said it was able to get the experts on the scene in less than 2 weeks, well before the end of the 30-day target it had set.

The CDC initially announced the additional expert help as part of its increased response to the outbreak on Aug 6.

CDC Director Tom Frieden, MD, MPH, said today in a CDC statement, "We are fulfilling our promise to the people of West Africa, Americans, and the world, that CDC would quickly ramp up its efforts to help bring the worst Ebola outbreak in history under control." He added that although curbing the outbreak won’t be easy or fast, experts know how to stop the disease, and that "working together with our U.S. and international partners and country leadership, together we are doing it.”

Currently, the CDC has 14 staff in Guinea, 18 in Liberia, 16 in Sierra Leone, and 7 in Nigeria. The agency said that though the number of deployed staff will vary day by day, more than 60 experts will remain in the country continuously.

The agency also has efforts underway to protect the United States, according to the statement. For example, efforts are being made to expand the number of labs that can test for the virus. Currently, only the CDC and Department of Defense have the capacity to test for it. Other labs have received guidance on safe handling and will be able to provide initial results, once they show that they can accurately detect or rule out infections. The rapid results will then be confirmed by the CDC.

Public health workers in Guinea and Sierra Leone are making progress on more complete contact tracing, reaching 94% to 98% of contacts, but more help with the efforts are needed in Liberia, the WHO said.

In another development, Liberia’s army has quarantined a third province to help stop disease transmission, the WHO said.

Over the next few days, the WHO said it will release a report on the medical ethics panel deliberations and a finalized strategic operations plan, which will include mapping to help target people and materials to the area of greatest need.