DRC Ebola cases climb to 334 amid fresh violence in Beni 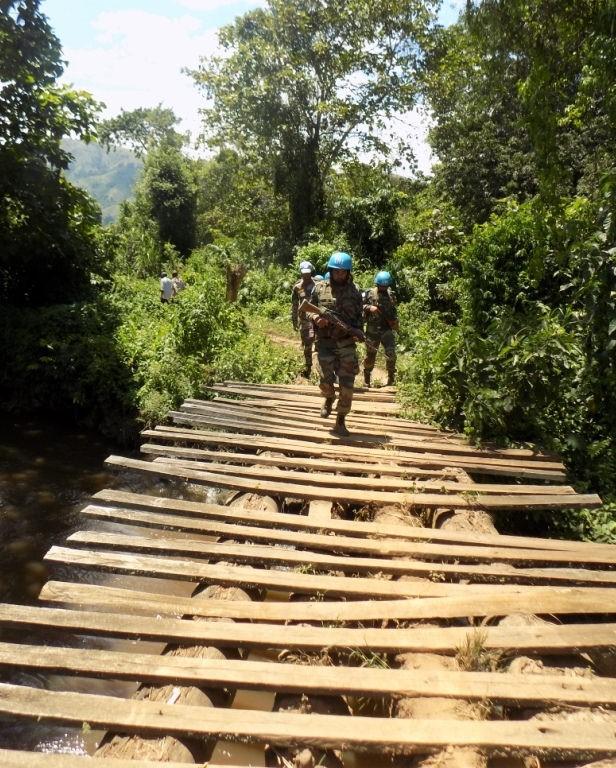 Over the weekend and through today, the Democratic Republic of the Congo (DRC) noted 15 new Ebola cases, amid a report of another violent attack in Beni, the outbreak's epicenter.

In other developments, plans are taking shape to test experimental Ebola treatments in clinical trials, and the United Kingdom is sending teams to assist with lab analysis and clinical trials.

Of the 15 newly reported cases, 12 are confirmed and 3 are listed as probable. The total today stands at 334 cases, which includes 296 confirmed and 38 probable cases. Eight more deaths were reported over the past 3 days, lifting the fatality count to 206.

Of the latest illnesses, based on the health ministry's report for Nov 10 and yesterday, 6 are from Beni, 2 are from the security "red zone" city of Kalunguta, 1 is from Musienene, and 1 is from Kyondo, southeast of Butembo.

The other five cases, including three new probable illnesses, are reflected in totals the World Health Organization (WHO) listed today on its online dashboard, and the locations aren't specified. According to the latest information, health officials are still investigating 51 further suspected Ebola cases.

The number of people vaccinated continues to rise steadily, and as of yesterday, the health ministry said 28,727 had been immunized, roughly half of them in Beni.

Yesterday, WHO Director-General Tedros Adhanom Ghebreyesus, PhD, said on Twitter that he had been briefed on a violent attack that occurred in Beni on the night of Nov 10.

"All WHO staff safe, but my heart goes out to families who have lost loved ones in this appalling and unacceptable attack, which we condemn in the strongest terms," he wrote.

According to a local media report translated and posted by H5N1 Blog, which focuses on infectious disease news, at least five civilians were killed and several children kidnapped in an attack by rebels with the Allied Democratic Forces (ADF) in Beni's Mayimoya district.

The report said two other people were killed in two other attacks the same day in Beni's Runwenzori neighborhood, one linked to ADF rebels and the other by suspected Mai Mai militia members.

Beni has experienced several violent attacks, one in September that led to a public mourning period and temporarily brought outbreak response actions to a standstill.

The fresh round of attacks comes on the heels of a high-level visit by WHO and United Nations peacekeeping officials to address security problems related to armed rebel groups and pockets of community mistrust that have been fueled by the failure of the DRC government to control land and protect citizens in the eastern part of the country where the outbreaks are occurring.

In a report from Stat today, health officials said plans are coming together to launch a clinical trial in the outbreak region to test three antibody treatments and an antiviral drug against each other, a complex effort that is expended to extend across several future outbreaks in affected countries.

The experimental drugs are already being employed in Ebola treatment centers on a compassionate-use basis. They include three monoclonal antibodies (ZMapp, REGN 3470-3471-3479, and mAB 114) and the antiviral drug Remdesivir.

According to Stat, 139 patients have been treated with one of the four drugs.

Jamie Farrar, MD, PhD, director of the Wellcome Trust, told Stat that the randomized controlled trial will likely begin sometime in November and that the DRC's National Institute of Biomedical Research will be the trial sponsor. A final plan is waiting on a review of the study protocol by the DRC government's ethics advisors.

Experts from the United Kingdom are getting ready to travel to DRC, Sky News reported today, quoting Daniel Bausch, MD, MPH, who directs a rapid response team that is jointly run by Public Health England and the London School of Hygiene and Tropical Medicine.

He said the group will include two teams, one of them a six-person lab team that will help with genetic sequencing to better identify transmission patterns, and the other a two-person team to initially work on clinical trials.

According to the report, the teams are expected to arrive by the end of the week, arriving in Kinshasa and teaming up with colleagues from the WHO and the US National Institutes of Health. They will then travel to Beni if conditions are safe. Bausch said a senior epidemiologist had been in the outbreak region early in the epidemic for rapid risk assessment and is slated to return.