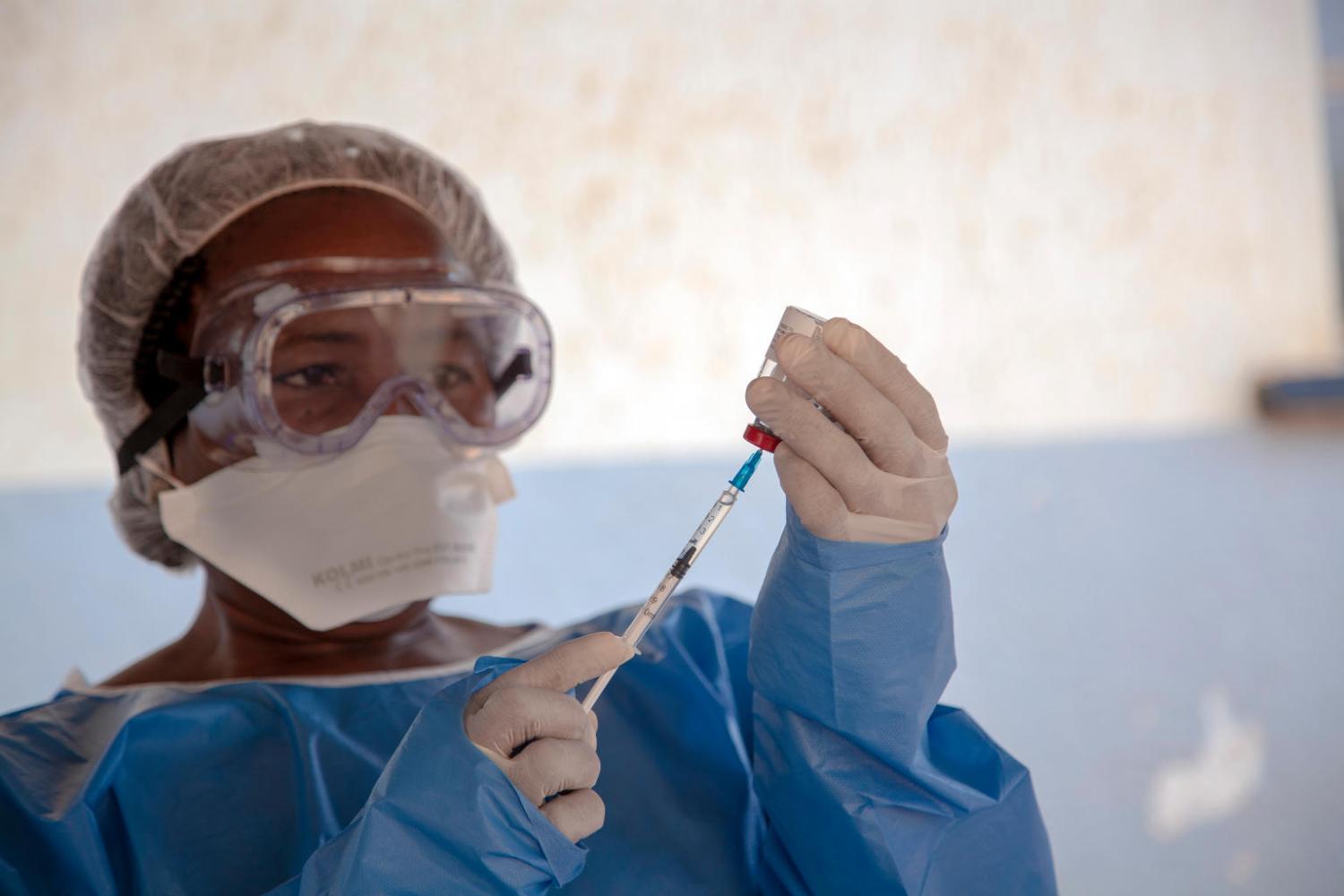 The pace of new Ebola cases in the Democratic Republic of Congo (DRC) held steady last week, but health officials are worried about activity rising in areas where transmission was low and new security incidents in several locations that threaten response operations.

Meanwhile, the DRC health ministry yesterday reported 18 new cases, and the World Health Organization (WHO) online Ebola dashboard today reflects an additional 12 cases, which would boost the outbreak total to 2,277.

In its weekly situation report on the outbreak, the WHO said Ebola activity continues with steady and sustained intensity, with security incidents returning to Beni—one of the outbreak's former major hot spots—and armed group movements in Musienene and Manguredjipa impeding access to a health area next to Mabalako's hardest-hit area.

Another concern it aired is a tense security situation in neighboring Ituri province cities Bunia and Komanda in the wake of attacks in early June.

Over the past few weeks, indicators show hints of easing transmission intensity in the two biggest recent epicenters, Katwa and Butembo. However, the optimism is offset by new cases in previously affected areas, including Komanda, Lubero, and Rwampara. For example, over the past week, Komanda reported its first case after going 11 days without one.

On the positive side, with rigorous contact tracing and surveillance, health officials were able to pinpoint a single transmission chain in each of the two health zones, allowing swift follow-up by outbreak responders.

According to the DRC health ministry's latest report, the 18 new cases are from 8 different locations, including 7 from Beni, 3 from Mabalako, 2 from Butembo, and 2 from Mandima. Also, Vuhovi, Lubero, Manguredjipa, and Musienene each reported one new illness.

The patient from Lubero is a vaccinated health worker, a development that boosts the number of health workers infected in the outbreak to 123, which includes 39 deaths.

Twelve more people died from their infections, including 7 in community settings and 5 in Ebola treatment centers. Since the outbreak began last August, the virus had been linked to 1,522 deaths.

Following attacks on a vaccination team and a psychosocial support team in Beni earlier this week, response operations partly resumed yesterday after a security assessment. Officials talked to families involved in the attacks, and plans are underway for officials to hold talks today with young people in the areas where the attacks took place.

The WHO said two responders were injured in the attacks, both of them day workers supported by the WHO.

In other outbreak developments, DRC health officials will meet in Kinshasa on Jun 28 to discuss the possibility of deploying and testing a second Ebola vaccine, Science reported yesterday.

However, the DRC's health minister Oly Ilunga Kalenga, MD, has said he prefers to focus on one vaccine, VSV-EBOV, to avoid upsetting the population, some of whom have rejected immunization efforts, with vaccination teams sometimes targeted by violence.

The second vaccine officials will consider is the Johnson & Johnson Ad26.ZEBOV/MVA-BN vaccine, which was recently recommended by a WHO advisory group, along with alternative vaccination strategies.

In a situation report on Ebola-related developments in Uganda today, the WHO said there are no active Ebola cases in the country, but there are three suspected cases in the Ebola treatment center. Two were negative in their first tests and are waiting to undergo a second round of testing. The patients are in fair condition. The third patient is a 52-year-old woman who has tested negative for Ebola twice, but her symptoms still require treatment.

As of yesterday, 108 contacts were still under follow-up. So far, 1,063 people have been vaccinated, including 249 frontline health workers.

The WHO's regional director for Africa Matshidiso Moeti, MD, today wrapped up a 2-day visit to Uganda's high-risk Ebola districts. In a statement, she commended health workers and health ministry officials for how prepared they were to respond to the cases.

Since the DRC's initial outbreak in 2018, Uganda has trained more than 9,000 health workers to spot the signs of Ebola and has vaccinated 5,000 of them, the WHO said. "The cost of preparedness is cheaper than response," Moeti said. "It is the contribution of donors that has enabled us to help countries prepare and, as we have seen in Uganda, prevent the tragedy of an outbreak escalating to unimaginable numbers."

Jun 26 statement on WHO visit to Uganda