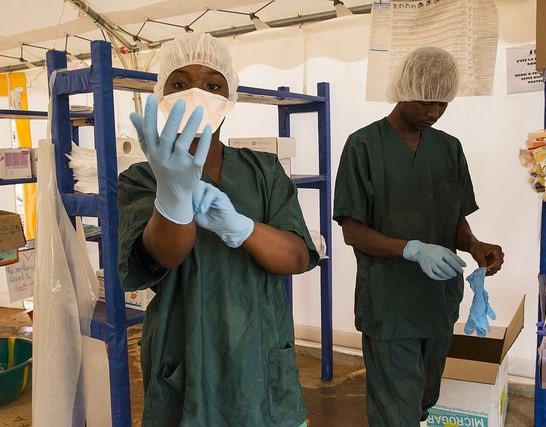 Three of the new cases occurred in Katwa, two in Komanda, and two in Mabalako. Four of the seven new deaths were community deaths (two each in Katwa and Komanda), which raises the risk of transmission.

Overall the case-fatality rate for this outbreak is 58%. In recent weeks, fewer cases have been reported in Beni, the epicenter of the outbreak throughout much of the past 5 months. But new hots spots have emerged, the WHO warned.

"The outbreak is intensifying in Butembo and Katwa, and new clusters are emerging elsewhere. Over the last 21 days (25 November to 16 December 2018), 120 confirmed and probable cases were reported from 14 health zones, the majority of which were reported from the major urban centres and towns in Katwa (27), Beni (27), Butembo (17), Komanda (16) and Mabalako (12)," the WHO said.

The WHO also drew attention to a single case in Biena health zone, a newly affected area northwest of Butembo. The case was linked to recent cases in Mabalako, and the agency said the case highlights the risk of disease spread in the region.

The vaccine also continues to be used among healthcare workers in Goma, the capital of North Kivu, the DRC health ministry said.

Most of the vaccine recipients are case contacts. The WHO has more than 30,000 contacts registered to date, and as of Dec 16, 6,430 remained under surveillance.

"The daily follow-up rate among listed contacts by health zones ranged from 90-93%" from Dec 11 to Dec 16, the WHO said.

Health workers are also responding to an average of 149 alerts of suspected cases per day, of which 81 per day are validated as requiring further investigation.