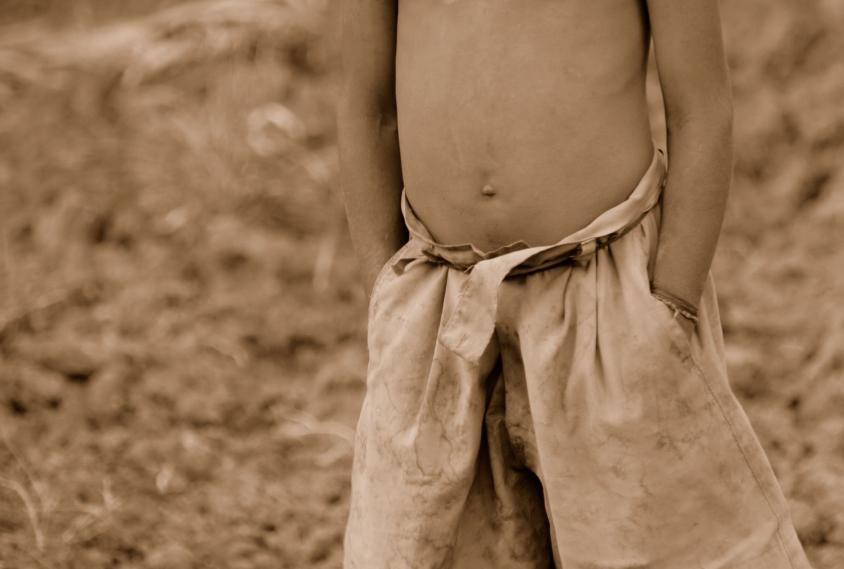 Food shipments are planned for people blocked off by quarantines., SuhasiniDharmalingam/ iStock

The Ebola virus disease (EVD) illness total in West Africa's outbreak has pushed past 2,000, as the World Health Organization (WHO) tempered expectations that experimental drugs and vaccines will play a role in ending the event and providing a bird's eye view of response activities, including food drops in quarantined areas.

In a statement late yesterday on the overall status of the outbreak, the WHO said the outbreak continues to escalate and that it expects the event to continue for some time. It offered a sobering assessment of the impact the disease has had on the region: "Staff at the outbreak sites see evidence that the numbers of reported cases and deaths vastly underestimate the magnitude of the outbreak."

The WHO said one encouraging sign is that no new cases have been detected in Nigeria following detection of an EVD infection in an air traveler at the end of July that led to a chain of transmission in Lagos, the country's capital. Among the case-patients there were health workers who cared for the man, who had flown in from Liberia.

Intensive contact tracing, implemented with key help from the US Centers for Disease Control and Prevention (CDC), has helped limit Nigeria's case numbers, according to the WHO.

About 1 million people, the WHO estimates, are locked down in quarantine zones in the area where Guinea, Sierra Leone, and Liberia borders meet, which global health officials have called the outbreak's main hot spot. It said the World Food Program is using its logistics to deliver food to the area and that several countries have stepped forward to provide rations.

Efforts are under way to map the outbreak and to pinpoint areas of transmission and where supplies, isolation facilities, and health workers are needed, the group added. It said the CDC is providing the hardest hit countries with computer hardware and software to allow real-time reporting and surveillance analysis.

WHO Director-General Margaret Chan, MD, MPH, met with a group of United Nations ambassadors yesterday to match the most urgent needs with rapid international support.

In a separate statement today, the WHO sought to scale back high expectations for experimental drugs and vaccines. Intense media coverage of the agents has fueled what are likely unrealistic hopes in the emotional climate of fear surrounding the outbreak.

The WHO emphasized that the effectiveness of the new drugs and treatments isn't yet backed by solid scientific evidence nor have they been approved by regulators. In addition, some of the experimental medicines are difficult to administer and facilities where they can be given safety are rare in West Africa's outbreak area, the agency said.

Though a WHO panel concluded that using experimental drugs in the outbreak is ethically acceptable, supplies are limited or exhausted, and even if companies can boost production, supplies will be too small to have a significant impact on the outbreak, the group warned.

It welcomed the Canadian government's donation of several hundred doses of an experimental Ebola vaccine, but the WHO said a fully tested and licensed product isn't expected before 2015.

Warning about fraudulent products and practices

The WHO also warned of fraudulent claims about products and practices that can prevent or cure EVD. It said the claims are mainly circulating on social media, especially in the outbreak areas.

Use of such products and methods can be dangerous, it warned. For example, at least two people in Nigeria have died from drinking salt water, which has been rumored to protect against Ebola.

Meanwhile, West African outbreak countries reported 152 new EVD infections and 76 more deaths between Aug 12 and 13, the WHO said today in its latest outbreak report. The new developments lift the overall case count to 2,127 illnesses and push the fatality count to 1,145.

Of the latest cases, Liberia reported 116 illnesses and 58 deaths, Sierra Leone reported 27 infections and 14 deaths, and Guinea notified the WHO of 9 more cases and 3 more deaths. Nigeria reported one more death.

The pace of new infections in Liberia puts it within a breath of replacing Sierra Leone as the country with the most EVD cases. So far, Sierra Leone has reported 810 cases, and Liberia's total has grown to 786.

With today's update, Liberia has replaced Guinea as the country with the most deaths from EVD. Liberia now has 413 deaths.

Aug 14 WHO statement on status of Ebola outbreak response