WHO sees start of shortages due to Ebola-related restrictions 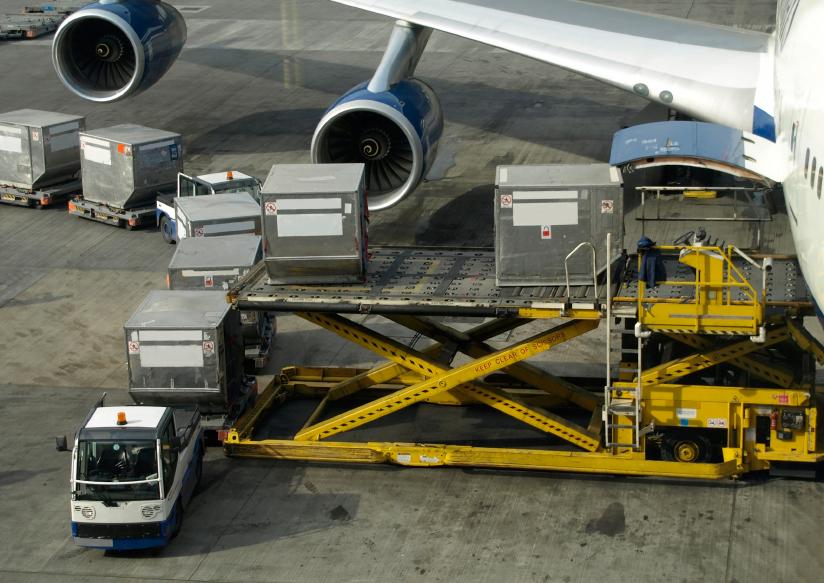 Service interruptions by shippers are starting to cause food and fuel shortages in Ebola-hit countries, the WHO said. , mrclausen/ iStock

The World Health Organization (WHO) today aired concern about companies suspending services to countries affected by the Ebola outbreak, with some starting to feel shortages of food and other supplies, and said the pace of new illnesses and deaths continues to surge, especially in Liberia and Sierra Leone.

High-level communications between the WHO and affected countries, companies, and groups that conduct business in and with Africa are still underway, and some companies have suspended services to the affected countries, according to a WHO statement today. Last week the agency aired concerns about flight bans and said the actions could hamper the flow of needed supplies to the outbreak region.

Delivery suspensions by shipping companies are starting to cause shortages of food, fuel, and basic supplies in affected countries, the WHO said, adding that it is already working with the United Nations World Food Programme to shore up food and other supplies for the region. It called on companies to make their decisions based on sound science about Ebola virus transmission.

Some airlines, such as British Airways and Emirates Airlines, have suspended service to outbreak areas. In a related development, some Air France flights crews are refusing to board planes because of outbreak fears, Agence France-Presse (AFP) reported today. A spokesman for the airline told AFP that flights scheduled for the region have not been left shorthanded.

Besides one sick airline traveler whose illness was detected in Nigeria, no travel-linked Ebola virus disease (EVD) cases have been detected anywhere in the world. The WHO and its emergency committee have said the risk for travel-related spread is very low and have urged countries not to issue trade or travel bans.

In outbreak developments, the WHO said today that between Aug 17 and 18, 221 new EVD cases and 106 deaths were reported from the West African outbreak countries, lifting the overall total to 2,473 illnesses with 1,350 deaths.

Civil unrest in the Liberian capital, Monrovia, has been hampering disease control efforts and fueling fears of further spread, and today police used tear gas and live ammunition to scatter a crowd attempting to break out of a quarantined neighborhood, according to a Reuters report.

The conflict occurred in the city's West Point slum area, where on Aug 16 a crowd looted an Ebola holding area, scattering patients and clinic supplies, including soiled items, into the community. The country's health ministry said yesterday that all of the patients, who were being evaluated for possible exposure to the virus, had been found and were being monitored at one of the city's hospitals.

In Guinea, which has recently seen some hopeful signs in the battle to curb the virus, authorities reported 36 more illnesses and 2 more deaths, raising its total to 579 cases and 396 deaths. Nigeria, where cases were linked to a sick traveler, reported no new cases or deaths, keeping its tally at 15 cases and 4 deaths.

In other developments, California health officials said today that a patient identified as low-risk for EVD infection is in an isolation unit at a Sacramento County hospital awaiting the results of EVD testing, which is underway at the US Centers for Disease Control and Prevention (CDC).

Kaiser Permanente said yesterday in a statement that it was working with county health officials regarding a patient admitted to Kaiser Permanente South Sacramento Medical Center who may have been exposed to the Ebola virus. Kaiser said it was taking the same precautions it uses for other patients with suspected infectious diseases, which include isolating the patient in a negative-pressure room, use of personal protective equipment (PPE) by trained staff, and coordination with infectious disease specialists.

Gil Chavez, MD, state epidemiologist at the California Department of Public Health (CDPH), said at a media telebriefing today that he couldn't share any patient details because of privacy rules, but federal, state, and local health officials have deemed the patient at low risk on the basis of a CDC assessment of travel history, exposure, and symptoms. He added that the patient is being tested out of an abundance of caution and that test results are expected back in about 3 days.

In another precaution, California health officials are already identifying the patient's close contacts. "We are being very proactive very early on. There have been no cases that have met the CDC definition of high risk," Chavez said. He said identification of a low-risk patient isn't surprising, because other diseases resemble the initial symptoms of EVD and patients travel to California from all over the world.

The CDC has urged states to increase their surveillance for possible cases, and so far hospitals in 27 states have alerted the agency about possible cases, CDC officials told ABC News today. Among the states reporting, 58 cases were ruled out in view of patient exposures and symptoms, but blood samples were sent to the CDC for 10 patients. So far 7 have tested negative and test results are pending for 3, according to the ABC News report.

On Aug 17 the New Mexico Department of Health (NMDH) said it was working with the CDC regarding tests to rule out an EVD infection in a 30-year-old woman who came down with a sore throat, headache, muscle aches, and fever after teaching in Sierra Leone. It said the University of Mexico Hospital has isolated the patient, and tests are being done out of an abundance of caution.

Since early August, when West Africa's EVD outbreak became much worse, with two American medical missionaries evacuated to the United States for treatment, the CDC has issued several guidance documents for health providers and has activated its emergency operations center (EOC) at its highest level to devote more resources to monitoring and responding to the outbreak.

Yesterday the CDC posted interim guidance for EVD environmental control in hospitals. It said that though the role of the environment in transmission hasn't been pinned down, limited lab studies suggest the virus can remain viable on solid surfaces, with slowly declining concentrations, over several days. Though there is no evidence that the virus transmits through the environment or fomites, stronger precautions are warranted, given the apparently low infectious dose, the potential for high virus titers in the blood of sick patients, and the severity of the disease, the agency said.

The CDC's guidance covers PPE for environmental services staff, disinfectants that should be used, considerations about porous surface contamination, and laundry.