Firm tackles US drug shortages during COVID with Wisconsin plant 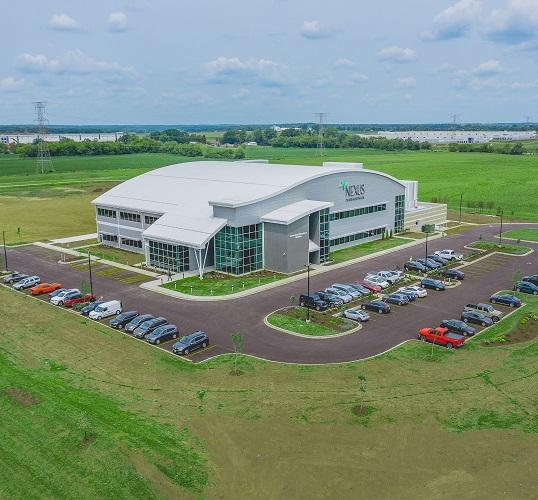 "We always remember that any one of us could be taking any of the medications we make," Usman Ahmed, Nexus COO, said in an interview with the Resilient Drug Supply Project (RDSP), part of the Center for Infectious Disease Research and Policy at the University of Minnesota, publisher of CIDRAP News.

Its Wisconsin facility will produce generic injectable drugs used in such areas as anesthesia, oncology, cardiology, the central nervous system, and intravenous nutrition. Currently, the plant can produce more than 30 million units on two filling lines and will add four more as it ramps up capacity.

Stephen W. Schondelmeyer, PharmD, PhD, RDSP co-principal investigator, said, "The Nexus Pharmaceuticals facility helps strengthen the US drug supply chain by providing assured quality for drug products made here in the United States instead of somewhere else in the world."

Domestic supply chain being 'hollowed out'

Founded in 2003, Nexus was 100% virtual, relying on contract manufacturers to produce the drugs they formulated for hospitals and distributors.

But as more pharmaceutical companies began moving manufacturing abroad to capitalize on cheap labor and fewer environmental regulations, Nexus took note of the poor quality and sharp price spikes of drugs made in China and India. Over the last decade, production of most generic injectables has moved to those countries.

Then SARS-CoV-2 emerged in late 2019 and early 2020, upending supply chains around the world and threatening US national security. "In March and April [2020], China and India stopped exporting 20 critical medications," because they were needed for their own populations, he said. "That brought to the forefront that our domestic supply chain is being hollowed out."

Nexus is headed by organic chemist Mariam Darsot, CEO and president, and her husband, Chief Scientific Officer Shahid Ahmed, an analytical chemist. They and their three children make up five of nine spots on the executive team.

Their plant currently employs 130 people hired at an average salary of $70,000, with plans to add another 70 or so by the end of the year, according to Usman Ahmed. The first phase of the project involved construction of the 100,000 square-foot, three-story facility at a cost of $100 million, part of a total $250 million investment.

Sterile injectables are particularly prone to shortages because of price races to the bottom—sometimes to less than a dollar per dose or even at a loss—as more drug manufacturing moved offshore, Ahmed explained. "It was becoming more expensive to get a cup of Starbucks coffee than to buy an injectable," he said. "Companies would have to reevaluate and say 'does this make sense?' "

China has been the largest manufacturer of active pharmaceutical ingredients (APIs) in the world for more than a decade, The Conversation reports. India is the third-largest manufacturer of drugs by volume and supplies an estimated 40% of the generic drugs sold in the United States. China and India supply 75% to 80% of the APIs for drug products sold in the United States.

In addition, subpar-quality injectables from China and India have also drawn US Food and Drug Administration (FDA) scrutiny and recalls, leading to domestic shortages. "You have only one manufacturer, they get an FDA warning letter, and then you can't get that drug anymore," Ahmed said.

And while shortages of many other consumer products may pose a challenge to markets, they are typically much more easily remedied than a dearth of heavily regulated and critical drugs. "It's just a very expensive endeavor," Ahmed said.

Nexus can produce the finished dose form for some generic drugs at a lower cost than those made abroad in the long term, Ahmed said, through proprietary technologies such as its "isolator." The isolator covers the filling line, shielding it from outside air and contamination and reducing overhead, water, and energy costs.

Other company innovations have made difficult-to-manufacture specialty pharmaceuticals easier to use and less labor-intensive. Ahmed cites isoproterenol and Nexus's only brand-name product, Emerphed (ephedrine), as examples.

Isoproterenol, used in some cardiac procedures, was traditionally produced in an ampule, a sealed glass container. Ampules, though, are problematic because medical personnel must break off the tops and draw the product out, sometimes cutting their skin or contaminating the product with broken glass that must be removed using a special filter.

"We were able to innovate processes so that we are able to manufacture this product in a vial," which has the added benefit of a longer shelf-life.

Ephedrine, a central nervous system stimulant used to stop blood pressure freefall during surgery, used to come as a concentrate that had to be diluted before use. In an emergency, Ahmed said, "The last thing you'd want to do is be fumbling, making sure you diluted it correctly," and worry about accidentally using the much more potent epinephrine instead. "We created a ready-to-use version so you don't have to dilute it, and there are no mix-ups. It's great for patient safety."

Some of Nexus' drugs are produced in Europe, which Ahmed said is not an issue because Western European countries have the same high manufacturing standards, and their authorities and the FDA have mutual recognition agreements.

Model may spur a trend

Already, Nexus has addressed domestic drug shortages of a succinylcholine injection for treating COVID-19 and a potassium chloride injection to treat hypokalemia, according to Inc.

As the world battles another surge of COVID-19, this one driven by the Omicron variant, Ahmed said he thinks Nexus's model might be the wave of the future. "We were the first [US] project in over 30 years to build a generic facility from scratch," he said.

"When we first started our design, when we announced our plans, a lot of folks thought we were nuts," Ahmed added. "Now, after the pandemic, everyone is saying, 'That was really smart; we need to build our own domestic pharmaceutical manufacturing facility.' I think more and more folks will see that it makes sense, too."