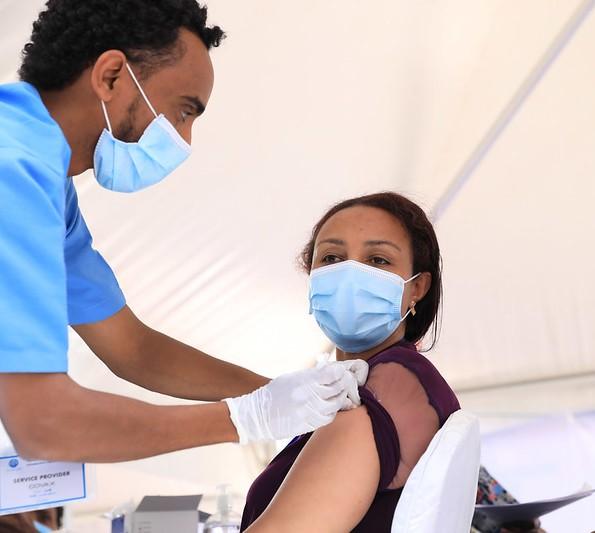 As the world's COVID-19 cases spiked for the fifth week in a row, the World Health Organization (WHO) today said the vaccine gap between rich and poor countries continues to widen.

At a briefing, the WHO's director said vaccine doses deployed in high-income countries are far outpacing doses administered through COVAX, a situation he said is "becoming more grotesque very day."

The agency's stark assessment comes as concerns over vaccine safety and supply roil countries, especially in Europe, and comes on the same day AstraZeneca released promising findings on efficacy and safety from a US trial of the COVID-19 vaccine it developed with Oxford University.

WHO appeals to countries, vaccine producers

Tedros Adhanom Ghebreyesus, PhD, the WHO's director-general, said higher-resource countries that are now vaccinating younger, healthy people at low risk of disease are doing so at the cost of the lives of health workers, seniors, and other at-risk groups in other countries.

"The inequitable distribution of vaccines is not just a moral outrage. It's also economically and epidemiologically self-defeating," he said, adding that racing to vaccinate entire populations yields a false sense of security.

Bruce Aylward, MD, MPH, senior advisor to Tedros, said that, over the past 4 weeks, the COVAX program—the WHO's equitable distribution effort—has deployed about 30 million doses to 50 countries. That number is a fraction of the more than 448 million doses that have been delivered across the world. He said there isn't enough vaccine and manufacturers can't keep up with orders.

Soumya Swaminathan, MD, the WHO's chief scientist, said the WHO is urging countries to share excess doses through COVAX and to allow raw materials and supplies to make them flow freely across country borders. She also said the WHO is encouraging countries with excess bulk vaccine to pair up with companies that have excess fill-and-finish capacity.

WHO officials today said global cases are up 8% compared with the previous week, with a slight increase seen in the number of deaths, which had been dropping for several weeks.

The WHO said it is extremely concerned about Brazil's surge, and Tedros said that from February to March the country's deaths doubled, from about 7,000 per week to 15,000 per week.

Maria Van Kerkhove, PhD, the WHO's technical lead for COVID-19, said over the past 7 days, 25 of Brazil's 27 states have intensive care unit (ICU) occupancy of more than 80%. She added that the country is now averaging more than 70,000 cases and more than 2,000 deaths each day.

WHO officials said Brazil, where the more transmissible P1 SARS-CoV-2 variant is spreading, has lots of experience with infectious diseases but needs a whole-nation approach to battling COVID-19.

Elsewhere in South America, Chile's cases are surging, and on Mar 20, it reported a record daily number of cases, according to Reuters. The rise is stretching ICUs across the country, and officials say despite the rapid vaccine rollout, the country's second wave is being driven by the end-of-summer holidays, more transmissible variants, and relaxed COVID-19 measures.

Van Kerkhove said cases in Europe have increased by 12%, especially in the eastern part of the continent, driven by a combination of factors, including the more transmissible B117 variant, pressure to open societies up, and uneven vaccine distribution.

For example, Hungary is appealing to volunteers to help treat patients in hospitals in the northwest that are overwhelmed, and Greek officials are asking private doctors to help out in public hospitals, which are feeling pressure, especially in the Athens area.

In other hot spots, the Philippines today reported a single-day high of 8,019 cases, as officials tightened restrictions in the Manila area, where ICU capacity is reaching critical levels. Elsewhere, India is reporting its greatest daily cases in 4 months, and warned that a big Hindu pilgrimage festival held once every 12 years drawing 150 million to river-bank sites poses a risk of further spread.