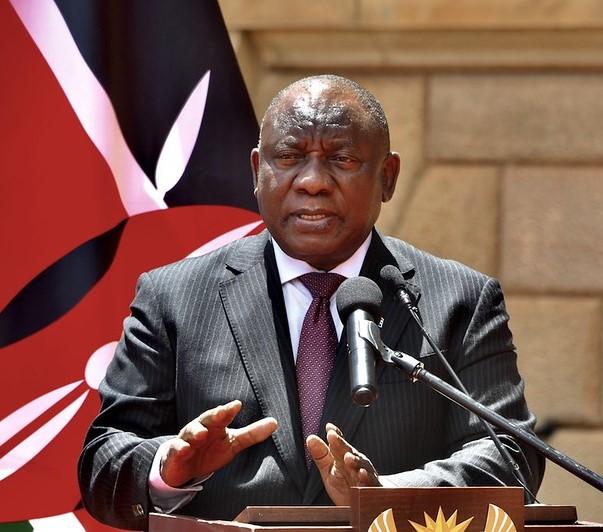 With the number of countries reporting the Omicron (B.1.1.529) COVID-19 variant rising steadily and viral activity  increasing in South Africa, the global health community is closely watching for new clues about whether other countries will see similar rises and if the variant will behave differently than earlier versions.

In related developments, the World Health Assembly (WHA) began a special session today with a goal of forging a pandemic preparedness agreement.

Since the new variant was first identified by South African scientists a few days ago, at least 17 countries have reported confirmed Omicron cases, mostly in Europe but also in Australia and Canada.

Scotland has reported 6 cases, not all of them linked to southern African travel or to others who had traveled, according to Reuters. The country's First Minister Nicola Sturgeon said the pattern suggests community transmission may already be underway.

In an effort to curb wider spread of the new variant at a time when scientists are looking for answers about the clinical impact, several countries have banned travel from southern African nations. Some, including Israel, Japan, and Morocco, have taken the more drastic step of barring all incoming international flights.

In opening remarks today at the WHA special session, World Health Organization (WHO) Director-General Tedros Adhanom Ghebreyesus, PhD, said the world should thank South Africa and Botswana for detecting, sequencing, and reporting the variant, not penalizing them with travel restrictions.

"Indeed, Omicron demonstrates just why the world needs a new accord on pandemics: our current system disincentivizes countries from alerting others to threats that will inevitably land on their shores."

At a briefing today, South African health officials said COVID-19 cases have increased sharply and are expected to top 10,000 a day by the end of the week, according to the Washington Post. So far, it's not clear what percentage of cases are due to the Omicron variant, but officials say they hope to clarify the situation in the days ahead.

Health officials in Gauteng province, the area around Pretoria thought to be most affected by the Omicron variant, raised concerns about rising hospital admissions over the past 2 weeks in children younger than 2.

Officials said vaccines still appear to be effective in staving off serious infections.

Meanwhile, wastewater surveillance in South Africa shows that SARS-CoV-2 levels are rising in Gauteng, eThekwini, and Cape Town, as well as in some localized areas, according to the latest update from the National Institute for Communicable Diseases (NICD).

The NICD said the increase in community transmission will likely be followed by rising cases and hospitalizations. They urged health officials to alert the public and promote vaccination and other measures, including masking and social distancing.

On Twitter today, South Africa's health ministry said it's not clear if Omicron is more transmissible, but within 2 weeks of its detection, it has outpaced Delta in Gauteng. The reproductive number is 1.93, compared to 1.47 for Delta.

Yesterday, South Africa's President Cyril Ramaphosa said in an address to the nation that the government isn't considering a lockdown, but authorities are considering vaccine mandates for some places and activities. Only about 25% of South Africa's population is fully vaccinated, despite enough supplies. Challenges have included distributing vaccine to rural areas, as well vaccine hesitancy and apathy.

In update on the Omicron variant yesterday, the WHO said it's not clear yet whether it is more transmissible than others, including Delta (B1617.2). It said the number of people testing positive for COVID-19 is rising in areas of South Africa affected by Omicron, and epidemiologic studies are underway to see if the rise is driven by Omicron or other factors.

Regarding severity, it's not clear if Omicron causes more serious disease compared to other variants. Early data from South Africa show rising hospitalization rates, which the WHO said could reflect overall increasing numbers of infected people, not just those infected with the Omicron variant.

The ECDC said in its update today that of imported cases in the region with known severity information, all were asymptomatic or mild.

Meanwhile, the WHO also weighed in on effectiveness of earlier infection against Omicron, noting that early evidence suggests an increased risk of reinfection. It said it is working with partners to assess the impact of the variant on vaccines, tests, and treatments. Widely used PCR tests can detect Omicron infections, though the impact on rapid tests isn't clear.

As for treatments, the WHO said corticosteroids and IL6 receptor blockers are still effective for treating patients with severe COVID-19, and that assessments are in the works for other treatments.