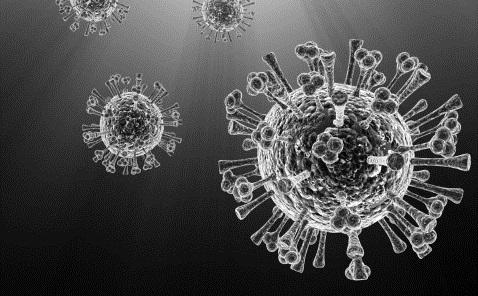 A painstaking new estimate of global deaths during the 2009 H1N1 influenza (pH1N1) pandemic puts the toll somewhere between 123,000 and 203,000, about 10 times the number of confirmed deaths, with the burden falling heavily, as shown in previous studies, on people younger than 65 years.

The study also suggests surprising regional differences in pandemic mortality, with the death rate found to be as much as 20 times higher in parts of Central and South America than in Europe, Australia, and New Zealand. The report was published online today by PLoS Medicine.

The lengthy study, sponsored by the World Health Organization (WHO), is the first estimate to incorporate 2009 vital statistics from many countries. An estimate released by the US Centers for Disease Control and Prevention (CDC) last year was prepared before much of that information was available; it was slightly higher than the new figure, putting the toll at about 284,000.

"This study confirms that the H1N1 virus killed many more people globally than originally believed," said lead author Lone Simonsen, PhD, a research professor in the Department of Global Health at the George Washington University School of Public Health and Health Services, in a university press release. "We also found that the mortality burden of this pandemic fell most heavily on younger people and those living in certain parts of the Americas."

Despite the disproportionate mortality burden on young people, the 2009 pandemic was widely perceived as mild, and many people accused the WHO and other public health groups of exaggerating the threat. An additional finding in the new study was that events in Mexico and Argentina in the first months of the pandemic did suggest that it could be severe.

The WHO received reports of 18,449 lab-confirmed pH1N1 deaths during the pandemic, but that number is regarded as far below the true total, since many people who die of flu-related causes are never tested for the virus.

The authors used a complex, two-stage approach to come up with their figures. First they gathered weekly virology and cause-of-death mortality data for 2005 through 2009 from 20 countries representing about 35% of the world's population. Then they used the data in a statistical model to estimate the number of respiratory deaths in each country.

In the second stage, the team combined the single-country estimates with a set of geographic, economic, and health indicators for other countries around the world to generate global estimates. They developed a new statistical tool called a multiple imputation model for this step.

By this method, they estimated that pandemic deaths from April through December of 2009 numbered between 123,000 and 203,000. A strong majority of those—between 62% and 85%—were found to involve people younger than 65.

The estimate of up to 203,000 deaths is well below the figures for previous pandemics, which varied from about 1 million in 1968 to around 50 million in 1918, the authors write. But because of the shift in mortality to younger people, the severity of the pandemic "would therefore be better measured with more complex metrics, such as life-years lost, when the necessary age- and risk-stratified mortality data become available," they assert.

The researchers also say their estimate, careful as it is, is probably on the low side, for several reasons. One is that it included only 2009, thus omitting pH1N1 deaths in early 2010 and later pandemic waves. Another is that the authors took a conservative approach in using only respiratory deaths, whereas many pH1N1-related deaths may have been counted as due to other causes.

In other findings, the authors say their study showed "striking regional heterogeneity" in pandemic mortality, with the highest rates in Central and South America. For example, the death rate in Mexico was estimated at 5.2 per 100,000 population, versus 0.4 per 100,000 in Australia, 0.3 in France, and 2.8 in the United States.

The report says events in Mexico and Argentina in April and May 2009, the first months of the outbreak, suggested that the pandemic could be as severe as the 1957 one or worse, whereas data from New Zealand from June through August suggested low mortality. The authors add that their model confirmed that such regional variability did occur—though the reasons for it remain unclear.

The researchers say their findings are in "reasonable agreement" with last year's CDC estimate of about 284,000 deaths, which is the only other published estimate of global mortality. However, the two approaches showed very different regional patterns: Simonsen and colleagues projected the highest mortality rates in the Americas, whereas the CDC authors estimated low rates there, and the two studies also differed widely on Africa and Southeast Asia.

But neither the CDC nor the WHO group had many data from Africa and Southeast Asia, so what actually happened in those regions remains unclear, the report adds.

The authors say the inability to generate more timely estimates of pandemic severity poses a problem. They suggest that countries with timely hospitalization and/or mortality data could form a "global sentinel system" to gauge pandemic severity.

'The best estimate' yet

Infectious disease expert Michael T. Osterholm, PhD, MPH, who was not involved in the Simonsen study, praised it as the best estimate of the pandemic's toll. He is director of the University of Minnesota Center for Infectious Disease Research and Policy, publisher of CIDRAP News.

"It is the best estimate we're going to get in terms of worldwide mortality," in part because it includes international data that were not available previously, he told CIDRAP News.

Osterholm said the mortality burden in relatively young people makes clear that the pandemic's impact was greater than suggested by the raw numbers. "I think what has to be understood is that a death is not just a death with flu," he said. "With seasonal flu we expect to see over 90% of deaths in those over 65. A death in a person with comorbidities who's 82 is not the same as a death in an otherwise healthy pregnant woman who's 21."

He also observed that the regional variations in mortality were seen in the 1918 pandemic and, to a lesser degree, in the 1957 and 1968 pandemics. He doesn't believe the variation can be wholly explained by differences in access to healthcare, differences in data collection, or viral mutations. "I think it just begs the question of the human-virus interface and what happens," he said.

Osterholm also commented that the indication of high mortality in Mexico early in the pandemic helps explain why the WHO and other public health authorities were worried at the time. "If those case-fatality rates had happened around the world, it would've been a much more severe pandemic," he said. "It validates that, based on that early information, they handled it in a very balance and fact-based way."