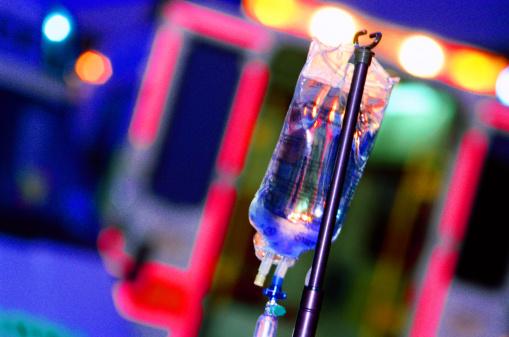 Health officials in Montgomery County, Tex., are investigating an outbreak of an influenza-like illness that has so far hospitalized eight people with severe infections, four of them fatal, and health officials said this afternoon that tests show one of the surviving patients has a 2009 H1N1 flu infection.

The Montgomery County Hospital District (MCHD), based in Conroe, Tex., said in a statement yesterday that so far 1,920 flulike illnesses have been reported since the flu season started, and that a local facility reported eight severe cases. Montgomery County is in eastern Texas and is considered part of the Houston metropolitan area; the county seat of Conroe is about 40 miles north of Houston.

In an update e-mailed to reporters today and posted on its Facebook page, the MCHD said that of the other three hospitalized patients, two tested negative for all flu viruses, and results were pending for the fourth patient. It pointed out that H1N1 infections are on the rise nationally and said it expects that more cases will be reported.

The hospitalized patients had initially tested negative for common flu strains, which prompted further tests to determine the cause of the infections.

"The Montgomery County Public Health District is grateful for Conroe Regional Hospital's astute physicians who recognized the unusual nature of the illness and began the appropriate testing to reach a diagnosis," the department said in its statement.

So far the investigation suggests that none of the patients who died had been vaccinated against flu, and it urged county residents to be vaccinated and observe other flu prevention measures.

The Texas Department of State Health Services (TDSHS) yesterday issued a statement that said the level of flu-like illness is "high" and that health providers are seeing illness increases in several parts of the state. With disease activity ramping up, it urged state residents who haven't been vaccinated to get flu shots for themselves and their families.

Texas and a handful of other southern states have been the nation's flu hot spots so far, according to the latest surveillance reports from the US Centers for Disease Control and Prevention (CDC). Nationally, flu activity registered a modest jump, and the 2009 H1N1 has been the most common among subtyped strains, according to the CDC's most recent report.

Mark Escott, MD, the MCHD's medical director, said in an audio recording posted on the Montgomery County Police Reporter Web site that health officials are seeing an unusual pattern of serious illnesses, with patients having symptoms similar to flu, such as fever, sore throat, body aches, and fatigue. The eight patients have had complications such as pneumonia, which is expected in severe flu cases, he said.

The patients with serious illnesses range in age from 41 to 65, which Escott said is a bit unusual, because flu complications are most common in the very young and in adults older than age 65. "Because of the significant number of cases—half died—we are concerned about it, and we are investigating the cases," he said.

He said the numbers of flu-like illnesses have piled up over the past few months, and about 250 of the roughly 1,900 patients tested positive for influenza A or B.

The MCHD is in contact with health officials in the TDSHS and the city of Houston to coordinate efforts to identify what's causing the illnesses, Escott said. On its Facebook page the MCHD said the CDC is not in Texas assisting with the investigation and that the events so far don't meet the criteria that would trigger the CDC's involvement. However, in its update today the MCHD said the CDC is part of the discussions.

The MCHD today established a phone hotline to field questions about the flu-like illness cases and responded to questions from the public on its Facebook page.

The outbreak in Texas resembles a cluster of severe respiratory infections that occurred in Dothan, Ala., in May, an event that also raised public concern initially. However, tests revealed that the hospitalized patients had a variety of common respiratory viruses and bacteria, with no unusual pathogens. Ten patients in the same southeastern corner of the state were hospitalized with similar symptoms, and at least two deaths were reported.