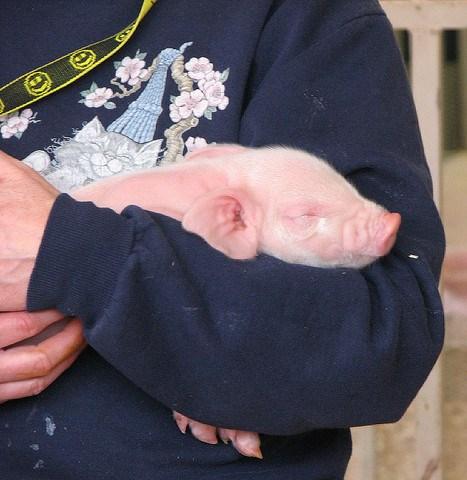 The US Centers for Disease Control and Prevention (CDC) today reported 11 variant H3N2 (H3N2v) influenza infections in Ohio residents who were exposed to pigs at a fair the week before they got sick.

The CDC's confirmation of the cases was noted in its weekly FluView report and appear to be related to a local media report that said the CDC was testing samples from 11 people who contracted H3N2 influenza after exposure to pigs at the Clinton County Fair, which was held Jul 8 through Jul 15 in Wilmington, Ohio, located between Columbus and Cincinnati in the southwestern part of the state.

Fair officials had shuttered the swine barn on Jul 13 after flu was detected in a pig, the Wilmington News Journal reported on Jul 21.

The CDC said 10 of the patients are younger than 18 and one is an adult between ages 50 and 64. None were hospitalized, and all have recovered. No human-to-human cases have been detected.

Respiratory samples collected from pigs at the fair yielded swine influenza A H3N2.

Public health officials are tracking the extent of illness in humans and pigs, but so far no increase in flulike illness in the community has been reported.

Total cases this year at 13

The new cases push the number of H3N2v cases for 2017 to 13, the CDC said. The first case of the year was reported in early May and involved a Texas resident who had contact with pigs.

Most of the illness have been reported in people exposed to pigs, especially at fairs and other exhibit settings.

May 5 CIDRAP News scan "H3N2v sickens Texas resident who had contact with pigs; US flu ebbs"