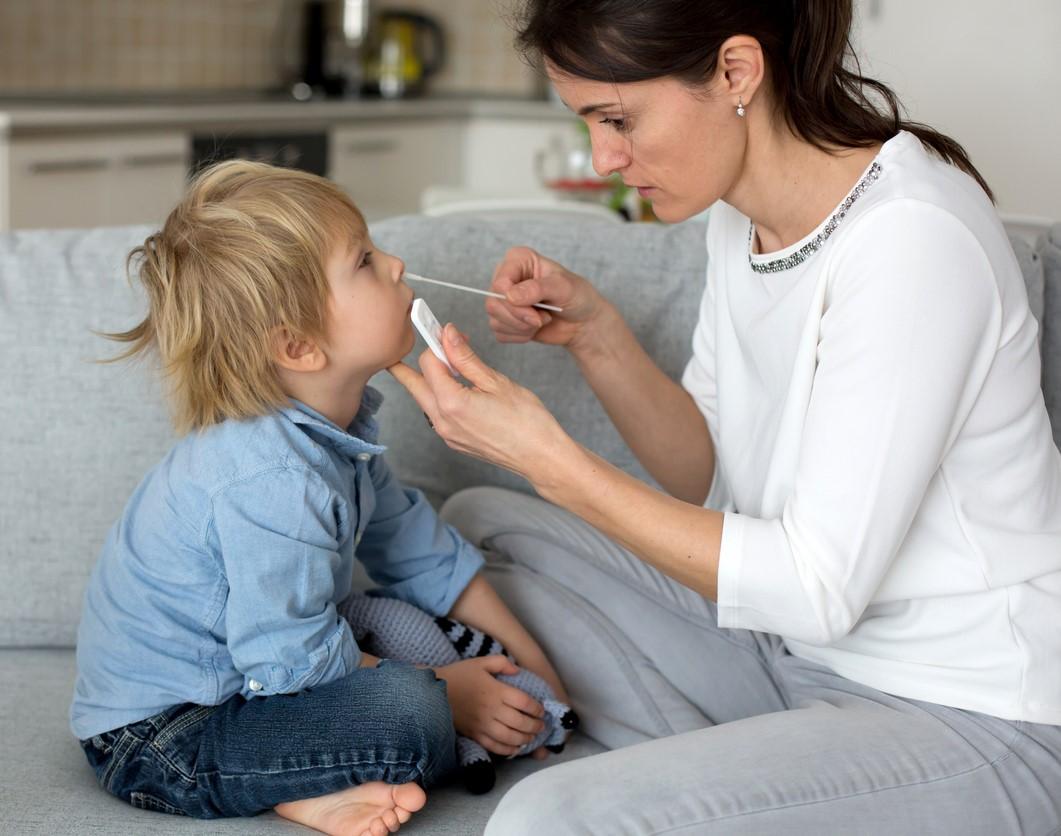 A meta-analysis published this week in BMJ shows that COVID-19 rapid antigen tests for children don't meet minimum performance standards set by the World Health Organization (WHO) and the US Food and Drug Administration (FDA).

Already shown to be far less sensitive in adults than their manufacturers report, rapid antigen tests, also called lateral flow tests, are widely used in children to screen for COVID-19 in schools, homes, and healthcare settings. Amid scarcity of the over-the-counter tests, US households can now order four such tests from a US government website for free.

While experts say these nasal-swab tests—sold under brand names such as BinaxNOW and BD Veritor—have some value in disrupting virus transmission, it's important to understand their limitations—especially amid the current surge of cases caused by the highly transmissible and evasive Omicron (B.1.1.529) variant.

"I think an important point to remember is that with rapid antigen tests, positive results are generally meaningful, but negative results have to be taken with a grain of salt," Kelly Wroblewski, MPH, director of infectious diseases at the Association of Public Health Laboratories, told CIDRAP News.

"The average consumer isn't going to know what this means. Many people will get a negative result and go to dinner with Grandma and Grandpa."

In the first meta-analysis of its kind, a team led by University of Manchester researchers in the United Kingdom evaluated 17 studies involving 6,355 children that compared rapid antigen test results with those from the gold-standard: reverse transcription polymerase chain reaction (RT-PCR) test. The studies assessed eight tests from six different brands.

Of the 12 peer-reviewed studies in journals and 5 published on preprint servers, only 1 was at low risk of bias.

The researchers concluded that the real-world performance of rapid antigen tests in children varied widely, only a few tests had relevant data, and the risk of bias was unclear due to poor reporting.

"Evidence gaps identified in this systematic review demonstrate current research needs to support evidence-based decision making," they wrote. "In particular, evidence is needed on the real-life performance of tests in schools (self-testing performed by children) and kindergarten (sample collection in toddlers by laypersons). … Moreover, the implementation of routine audits of testing programmes may allow monitoring of test performance in practice outside of studies."

Rapid antigen tests for COVID-19 first became available in May 2020, when the FDA issued emergency use authorization for Quidel Corporation's Sofia 2 SARS Antigen FIA. Since then, dozens of such tests have come to market.

They are convenient and can generate results in as fast as 15 minutes. By comparison—and depending on demand and availability—several days may pass before more accurate PCR results are available.

On Dec 28, 2021, the FDA reported on its website that preliminary research on the performance of rapid antigen tests in patients infected with Omicron suggests that "antigen tests do detect the omicron variant but may have reduced sensitivity," referring to the potential for false-negative results.

The FDA should have released clearer information sooner, Osterholm said, citing cases whereby "an individual is negative for multiple days in a lateral flow test, including on the day a PCR test shows that they are, in fact, positive. We're still trying to clarify what the results tells us about one's infection status and whether it tells us anything about how infectious you are and able to transmit the virus."

The uncertainty about whether negative rapid antigen tests can be trusted—as well as the similarity of COVID-19 symptoms and those caused by allergies or other common infectious diseases—has caused confusion for parents trying to make decisions about school and other activities.

Wroblewski recommends that parents of symptomatic children who receive a negative result from a rapid antigen test seek a PCR test for confirmation. If a child tests negative on a rapid test and has no symptoms but was exposed to COVID-19 at school or elsewhere, following up with another rapid test a day or two later could be prudent, she said.

"I think parents can, to a certain extent, use their judgment," with negative test results, Wroblewski said. "If your kid has the sniffles but no severe symptoms, no fever, you can probably send them to school with a mask. But if they've had an exposure and have a sniffle, maybe just keep them home. Even if it's not COVID, they could have something else that's infectious."

However, if children test positive and have symptoms, they should be considered infected and kept home from school and other activities, Osterholm said.

The important thing to understand is that rapid tests are not perfect, Wroblewski said. "If your child is asymptomatic and you're using rapid antigen tests to identify those asymptomatic infections before they go to school, see grandparents, or get on a plane, you're not going to eliminate the risk that someone is actually infected and might move to positive in the next 24 hours," she said. "You're mitigating the risk."