US flu still elevated but dropping; deaths as high as 57,000 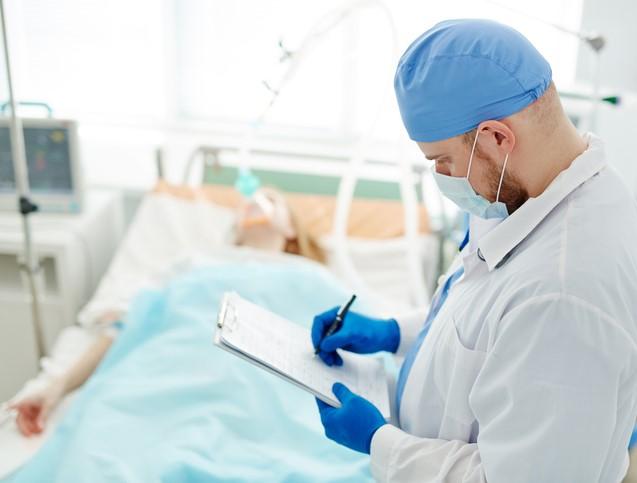 Levels of influenza-like illness (ILI) in the United States remain elevated for the 21st consecutive week—the longest season in recent years—but the disease is on the decline, the Centers for Disease Control and Prevention (CDC) said today in its weekly update.

Still, the agency says influenza has caused up to 57,300 deaths and sickened up to 41.3 million people, according to new estimates. And the CDC reported five new flu-related deaths in children, raising the total confirmed this season to 91.

The 21 straight weeks of elevated outpatient ILI activity is more than any of the past five seasons, including last year, which was particularly severe. From 2013-14 to 2017-18, above-baseline ILI activity stretched for 11 to 20 weeks (in 2014-15), with an average of 16 weeks.

The proportion of outpatient visits for ILI last week was 2.4%, down from 2.8% the week before but still above the baseline of 2.2% Seven of 10 US regions reported ILI at or above their region-specific baselines.

The CDC bases its estimates on its weekly FluView surveillance reports, which summarize key flu activity indicators. The agency has not previously provided in-season estimates.

The estimates of hospitalizations places this season in the same range as the 2012-13, 2014-15, and 2016-17 seasons, all of which were fairly severe. Last season's year-end estimates neared 1 million flu-related hospitalizations.

The percentage of deaths due to pneumonia and influenza dropped to 6.6%, down from 7.0% the week before and below the epidemic threshold of 7.0% for the week.

Three of the five new deaths were caused by the H3N2 strain, with 1 each in February, March, and April. Two deaths were linked to an influenza A virus that was not subtyped and occurred in late March.

The CDC has now confirmed 91 flu-related deaths in children so far this year. The three previous flu seasons saw 95, 110, and 185 pediatric flu deaths over the entire season, respectively, according to CDC data.

The percentage of respiratory specimens that tested positive for flu in clinical labs was 11.8%, down from 15.1% the previous week. Influenza A constitutes 84.9% of positive samples, with influenza B rising somewhat, to 15.1% from 9.8% the week before.

H3N2 continues to be the predominant strain, accounting for 75.4% of influenza A viruses subtyped in public health labs, which was down a bit from 76.8% the week before. H3N2—which typically causes more severe disease—has outpaced other strains for 8 straight weeks now.