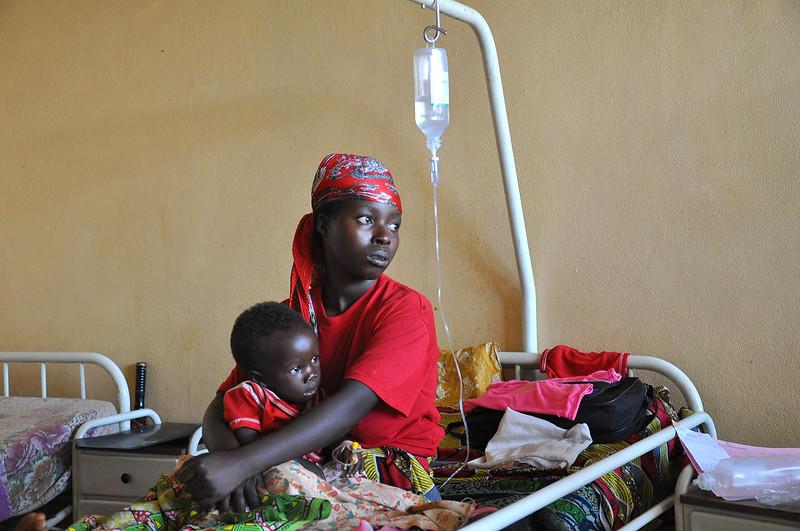 Though progress against malaria continues to stall, mainly due to funding gaps, the World Health Organization (WHO) in its annual report today highlighted a promising development: more pregnant women and children were protected against the disease.

In the report, based on 2018 data, the WHO estimates there were 228 million malaria cases, up from 219 million in 2017. Recent trends are concerning, because malaria levels had been dropping steadily from 2010 to 2014.

The disease also killed about 405,000 people last year, with sub-Saharan African countries bearing most of the burden.

The WHO said inadequate funding is still the main barrier to progress. According to the report, for 2018, total funding for malaria control and elimination was an estimated $2.7 billion, far short of the $5 billion global strategy funding target.

WHO Director-General Tedros Adhanom Ghebreyesus, PhD, said in a WHO statement that progress against the disease hinges on pregnant women and children, the two most vulnerable groups. "We're seeing encouraging signs, but the burden of suffering and death caused by malaria is unacceptable, because it is largely preventable. The lack of improvement in the number of cases and deaths from malaria is deeply troubling."

Pregnancy reduces a woman's immunity to malaria and its potentially severe or fatal outcomes, and the disease can slow the growth of the fetus, raising the risk of premature birth and low birth weight, which contribute to child mortality. The WHO said about 11 million pregnant women were infected with malaria in 2018 in moderate- and high-transmission regions of sub-Saharan Africa, a factor that led to an estimated 900,000 children born with a low birthweight.

One metric that the WHO uses to gauge protection in pregnant women and children is the number who slept under insecticide-treated bed nets. That level has risen sharply, to 61% in 2018, compared with 26% in 2010.

Also, the percentage of pregnant women who received the recommended three or more doses of intermittent preventive treatment in pregnancy (IPTp) at antenatal care clinics rose from 22% in 2017 to 31% in 2018. However, the WHO said too many women don't receive the recommended number of IPTp doses or none at all, and some don't have access to antenatal care.

Children younger than 5 living in Africa's Sahel subregion are recommended by the WHO to receive seasonal malaria chemoprevention during the rainy season. In 2018, 62% of eligible children received it. A preventive treatment regimen for infants, similar to the one for pregnant women, is being pioneered in Sierra Leone, and yesterday Unitaid announced a new drive to adopt and scale up the strategy in other hard-hit African countries.

Along with rising protection in pregnant women and children, the WHO noted other positive trends. For example, last year the WHO and the RBM Partnership to End Malaria launched a new targeted response aimed at the highest burden countries.

Of 11 countries that are part of the response, which account for about 70% of the world's malaria cases, 9 have initiated the new response, with 2 reporting substantial reductions in 2018 compared with the previous year. India reported 2.6 million fewer cases, and Uganda reported 1.5 million fewer.

Another bright spot is the growing number of countries with low malaria burdens that are quickly moving toward zero cases, the WHO said. In 2018, 27 countries reported fewer than 100 cases, up from 17 in 2010.

Also, the WHO said six countries in the Greater Mekong subregion have made excellent progress, with a 76% reduction in cases and 95% drop in deaths from 2010 to 2018. The agency said the report also reflects a steep decrease in Plasmodium falciparum malaria, a key goal because of the threat of antimalarial drug resistance.

WHO experts call for new tools to eradicate malaria