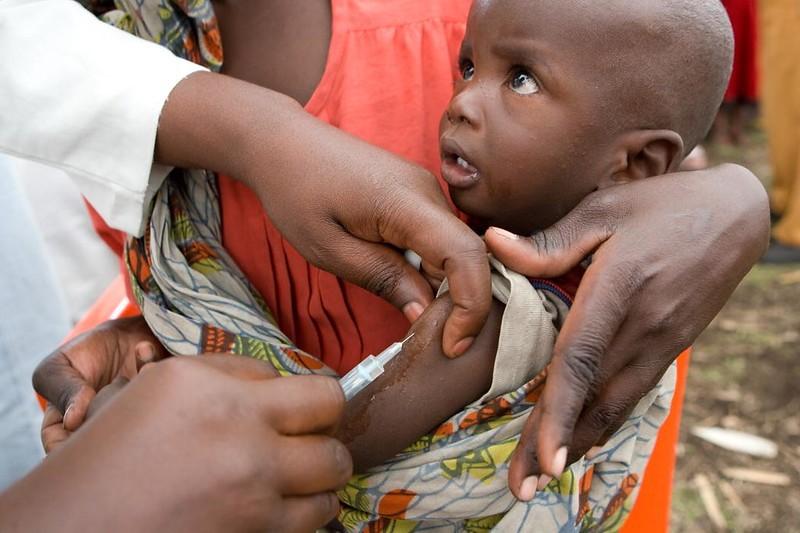 Deaths in a massive measles outbreak in the Democratic Republic of the Congo (DRC) have now topped 6,000, prompting a call from the World Health Organization (WHO) today for more funding to curb the spread of the disease.

Since the beginning of 2019, about 310,000 suspected measles cases have been reported in the African country, which dwarfs the number of Ebola cases, with measles deaths more than double that from Ebola. The DRC is also battling cholera and vaccine-derived polio outbreaks.

Vaccination push for kids older than 5

In a weekly health emergencies and outbreak update today, the WHO's African regional office said that, for the week ending Dec 15, nearly 9,000 suspected cases were reported, along with 122 deaths. So far, 248 of the country's 519 health zones have reported measles cases, with all of the DRC's provinces reporting confirmed cases.

Led by the DRC's health ministry, the WHO and its global health partners have vaccinated more than 18 million children under age 5, but routine vaccine coverage is still low in some areas, and health officials are finding that kids older than 5 are most vulnerable.

Matshidiso Moeti, MD, regional director for the WHO's African regional office, said in a statement today that no child should face an unnecessary risk of death from an easily preventable disease. "We urge our donor partners to urgently step up their assistance," she said.

Aside from low vaccination coverage and battling other diseases, DRC health officials are grappling with malnutrition in some communities, along with the effects of weak health systems, insecurity, and lack of access.

The WHO said $27.6 million has been mobilized to fight measles in the DRC, but $40 million more is needed to extend vaccination campaigns to children between 6 and 14 years old and step up other efforts, such as improving treatment and enhancing surveillance.

In December, the WHO trained 60 health workers from the DRC's health ministry to assist with the measles response, and they will be deployed this week.

In other measles developments, the US Centers for Disease Control and Prevention (CDC) said yesterday in its monthly measles update that 6 more cases have been reported since its last update on Dec 6, raising the total for 2019 to 1,282 cases. The number of affected states remained at 31. Currently, no states are reporting outbreaks, which are defined as 3 more more linked cases.

In 2019 the United States experienced the highest number of measles cases for any year since 1992, most of them from large outbreaks in and around New York City. The length of the outbreaks threatened the nation's elimination status.

Since the peak months of March and April when more than 300 cases were reported, cases have declined dramatically, tailing off to just 13 cases in October, 8 in November, and now 6 in December.