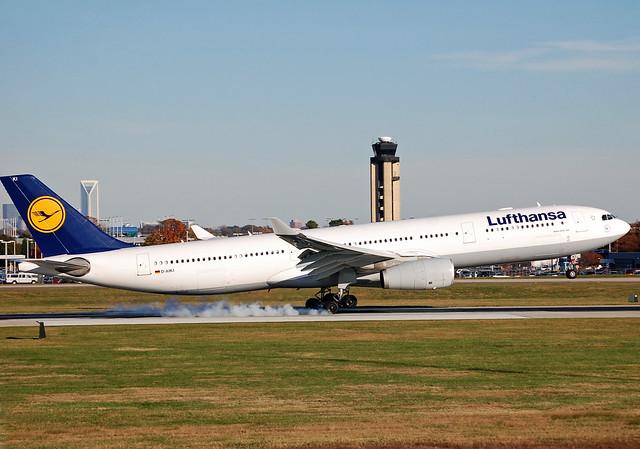 Countries around the world are seeing a resurgence of measles cases this spring, and international travel guarantees outbreaks don't stay isolated to one community for very long. That's the key takeaway from studies and reports published today that look at ongoing outbreaks in Europe, Africa, and the United States.

WHO boosts measles response in Europe

Yesterday, the World Health Organization's (WHO) European regional office announced it was stepping up outbreak response across the continent, where more than 100,000 measles cases and 90 measles-related deaths have been recorded since January 2018.

"We have observed an unprecedented upsurge in people sick with this preventable disease, and too many have lost their lives to it," said Dorit Nitzan, MD, acting regional emergency director at the WHO Regional Office for Europe. "This is unacceptable and we need to be bolder and scale up our response to the next level. I am proud to see that different parts and levels of WHO are intensifying their combined efforts to stop these outbreaks."

The WHO said persistent pockets of Europe remain unvaccinated or under-vaccinated, which has allowed the virus to take hold in certain countries, such as Romania, France, and Italy.

Measles is highly contagious — more than 90% of people without immunity who are exposed to measles will contract the virus. Vaccination coverage must hold at 95% to eliminate transmission.

Today the European Centre for Disease Prevention and Control (ECDC) released March statistics on measles across the European Union (EU). A total of 1,548 cases were reported in 22 countries, an increase compared to the first 2 months of 2019.

Ninety percent of all European cases recorded in 2018 and 2019 occurred in case-patients who were unvaccinated or only partially vaccinated.

The WHO also issued a statement describing a large measles outbreak in Tunisia. Since Jan 1, there have been 3,141 suspected cases and 30 deaths. Infants between 6 and 12 months represent 28% of cases.

"The number of reported measles cases is above the average annual number (12 cases) registered in the past 10 years in the country, with the highest number (48 cases) reported in 2012," the WHO said.

The report notes that in 2013, Tunisia changed its childhood immunization strategy to give the first dose of measles-containing vaccine at 12 months instead of 9 months.

Today experts in The Lancet Infectious Diseases published a modeling study that predicts the 25 US counties most likely to experience a measles outbreak this year. The predictions were made by calculating non-medical exemption rates in each county, passenger travel data from all international airports into each of the US counties, county population and size, and location of measles outbreaks globally.

The counties most likely to experience more measles in 2019 have already seen major outbreaks in the last 18 months, including places like Brooklyn or pockets of Washington state.  These communities have a perfect storm of unvaccinated and antivaccine citizens and international travel to and from countries currently experiencing measles outbreaks.

According to the study, India, China, Mexico, Japan, Ukraine, Philippines, and Thailand, pose the biggest measles threats to the United States.

In a press release on the study, author Lauren Gardner, PhD, an associate professor of civil engineering at the Johns Hopkins University, said, "Critically, we recommend that public health officials and policymakers prioritize monitoring the counties we identify to be at high risk that have not yet reported cases, especially those that lie adjacent to counties with ongoing outbreaks and those that house large international airports."

As of May 3, the Centers for Disease Control and Prevention has recorded 764 cases of measles — the most in any year since 1994, and the most since the disease was eliminated in 2000. Most of those cases have occurred in Orthodox Jewish communities in New York, with ties to ongoing outbreaks in Israel and Ukraine.

May 9 WHO European regional office update

May 9 WHO Tunisia report