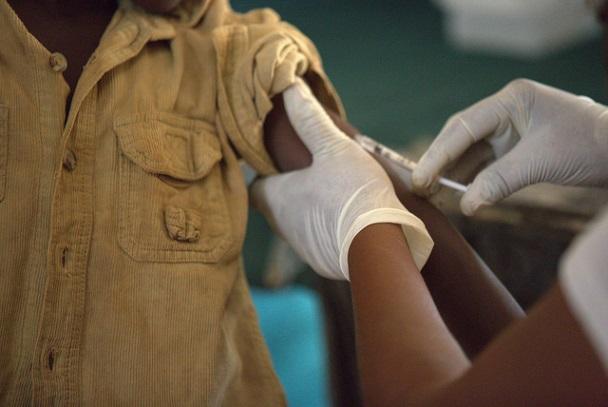 When it began last month, public health officials knew this outbreak could be large and ongoing, because many Somali-Americans have been refusing the measles, mumps, and rubella (MMR) vaccine for years over unfounded rumors that the childhood immunization, whose first dose is routinely given to babies at 12 to 15 months, causes autism.

At this point, the state has identified 51 cases of measles, all but 3 involving children, with at least 7,000 additional exposures.

But convincing the "hearts and minds" of a community is proving to be much more expensive and complicated than making the MMR vaccine more widely available.

Initial costs are tip of iceberg

"This is not an access question," said Kristen Ehresmann, RN, MPH, director for infectious diseases at the Minnesota Department of Health (MDH). "It's an issue of being misinformed about the risk. Doing community outreach and engagement is much more labor intensive, because it's not about just offering more clinics and opportunities to get the vaccine."

Ehresmann said that staffing costs for the current measles outbreak, which includes the communication office, are an extra $207,096 for the state per 21-day period. But Ehresmann said the $200,000 number is just the "tip of the iceberg."

"We're already into the second month of this outbreak, and we haven't plateaued yet," she said. Ehresmann said the costs incur from several different departments: $165,000 for staffing infectious disease and communication departments; $9,600 for having staff on call 24/7; $14,000 for materials, testing supplies, translations, and shipping.

"We're projecting another 3 months out at this point; it's going to be expensive," said Ehresmann.

"If the measles outbreak lasts 3 months," said Kate Awsumb, MA, MPH, "the back-of-the-envelope costs are approaching $1 million." She is the assistant director of communications with the MDH.

And those are just the MDH costs. Hennepin County, the epicenter of the outbreak, has to date incurred $79,000 on the outbreak, according to Lori Imsdahl, a communications specialist with the county.

But that cost does not include staffing and payroll, information that won't be calculated until May 19, Imsdahl said. On that date, the county will be able to estimate an average weekly cost for the outbreak.

Other costs of 'unnecessary' outbreak

"This is an unnecessary outbreak," said Ehresmann. "The fact that we have to spend so many public health resources is challenging. And we just have to suck it up; there's no special emergency fund for this sort of thing."

The costs provided by the MDH and Hennepin County do not include the money healthcare facilities spend on post-exposure prophylaxis, nor the economic costs spent by the state's departments of education or human services.

"No one thinks about the cost of this sort of thing," said Ehresmann. "We think about health and human costs, of course, but dollars and cents are the other thing."