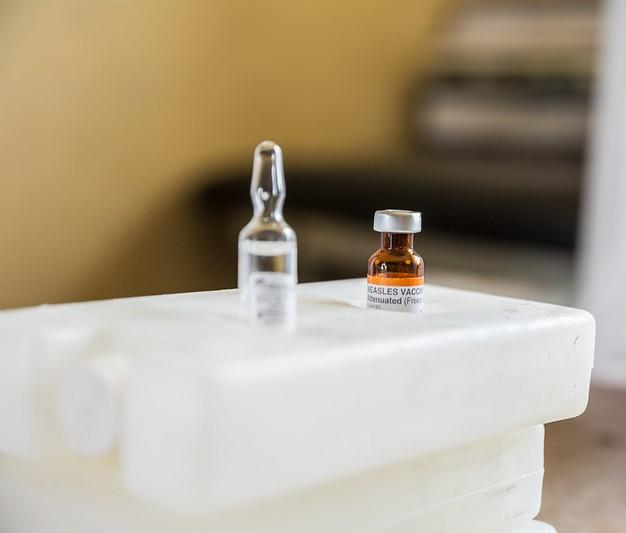 Samoa's government has extended a state of emergency related to its measles outbreak as illnesses and deaths continue to climb, and health groups released status reports on measles activity in two other parts of the world—the Americas and Europe.

In Samoa, government leaders on Dec 14 announced that the state of emergency, first declared on Nov 15 due to the measles epidemic, has been extended until Dec 29. According to a post on the government's Facebook page, the measure bars children up to age 14 from attending public gatherings. It also requires all children up to age 14 to show proof of immunization before boarding a ferry for inter-island travel.

In its update on cases today, officials said on Twitter that 57 more cases were reported over the last day, boosting the outbreak total to 5,267 cases. The number of related deaths has risen to 73, and as of Dec 15, 93% of the population has been vaccinated.

The outbreak has triggered an outpouring of help from other countries as the small island nation battles measles, and in a related development, New Zealand's government on Dec 14 announced that it would contribute $1 million to the UNICEF and World Health Organization (WHO) Pacific regional action plan for measles.

Foreign Minister Winston Peters said in a statement, "This plan offers immediate preventative action. It allows for the flexibility to respond to additional requests from other Pacific nations and offers an efficient way of working regionally." The country had earlier announced funding to support vaccination and response activities in Fiji and Tonga.

WHO weighs in on Pacific islands outbreaks

In a statement yesterday, the WHO said Pacific Island countries and areas are responding to the measles outbreak, with cases reported for the first time since 2014. The activity is part of a resurgence seen in all WHO regions since 2017

Besides the outbreak in Samoa, Tonga declared an outbreak on Oct 22, with the first cluster of cases in teenage rugby players who had traveled to Auckland, New Zealand. Transmission has been occurring in schools, mainly affecting teenage boys and young adults.

In Fiji as of Dec 3, 15 confirmed cases have been reported, 11 of them from or linked to cases in Serua/Namosi subdivision. No deaths have been reported. The WHO and UNICEF estimated that Fiji's measles-containing vaccine coverage for 2018 was 94%. In the wake of the outbreak, 100,000 people have been vaccinated, with a second supplemental round underway targeting key risk groups.

Updates from the Americas and Europe

Elsewhere,  14 European countries reported 259 cases in October, a decline compared to the previous 2 months, according to the latest measles and rubella update from the European Center for Disease Prevention and Control (ECDC). The largest portion of the cases were from Romania (100) and France (59).

Notable declines were reported in Bulgaria and Italy, while increases were recorded in Belgium and Ireland.