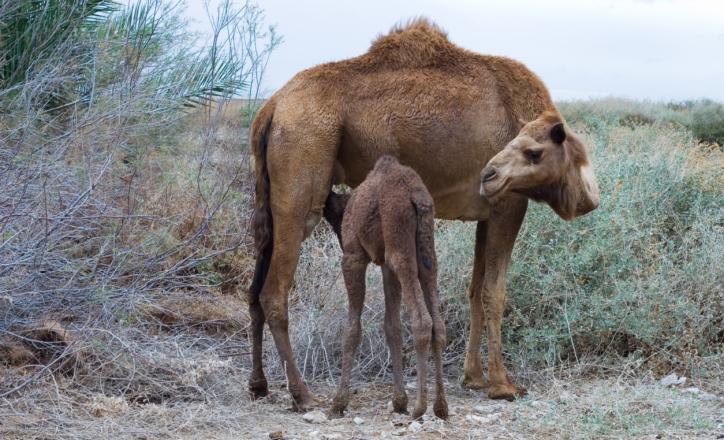 The man from Malaysia who died of MERS-CoV had drunk camel milk., Maria Barski / Thinkstock

The seven new cases in Jeddah include one death and raise the unofficial count in the city's current outbreak to well above 40. Of the seven case-patients, one is a healthcare worker (HCW), according to a machine translation of a Saudi Ministry of Health (MOH) statement, posted by the blog Avian Flu Diary.

The patient who died was a 72-year-old Saudi man, the statement said. Two patients, both Saudi men, ages 60 and 70, are in intensive care units. Four others, with ages ranging from 31 to 54, are listed in stable condition. Two of them are Saudi citizens, and two are not.

The infected HCW is a 54-year-old non-Saudi man in stable condition. The statement did not give any details on how the patients were exposed to the virus.

The latest cases increase the country's posted MERS-CoV count to 212, including 72 deaths. Unofficially, the Jeddah outbreak now numbers 45 cases, according to a case list maintained by FluTrackers, an infectious disease message board.

In the UAE, the WHO today reported four cases in HCWs, but one of them apparently is that of the Filipino whose infection was reported by the media yesterday, after he flew home to the Philippines. Only one of the patients is sick, the agency reported.

The cases all were identified through screening of contacts of a MERS patient from Abu Dhabi who died on Apr 10, the WHO said. Yesterday the agency announced 10 other cases that were found by screening HCW contacts of the same patient.

The four UAE patients described in the WHO statement include two Abu Dhabi men, ages 44 and 30, who were screened on Apr 13 and are healthy, and a 28-year-old Abu Dhabi man who fell ill on Apr 14.

The fourth patient is a 34-year-old man from the Philippines who lives in Abu Dhabi and is healthy, the agency said. Apparently referring to him, the statement adds that one patient "returned to his home country although he was advised not to before the laboratory results were received."

Media reports yesterday said the test results were released after the man, a nurse, arrived home in the Philippines. Officials said then that the man and nine of his close contacts were in quarantine, and airline passengers who sat near him were being traced.

Today's WHO statement also adds information on the case reported yesterday in a Malaysian man who died of MERS-CoV after a pilgrimage to Saudi Arabia. His case and that of the Filipino are the first MERS cases reported in the Far East.

The Malaysian man, 54, traveled to Saudi Arabia with a group of 18 pilgrims and was away from Mar 15 to 28. While visiting a camel farm on Mar 26, he drank camel milk, the WHO said. The man fell ill after returning home and died on Apr 13.

Studies have suggested that MERS-CoV is fairly common in camels in Saudi Arabia and neighboring countries, and one or two human MERS patients were found to have had contact with infected camels. Thus camels are strongly suspected to be a source of MERS-CoV in humans, but the precise transmission route is unknown.

In a study published last week in Emerging Infectious Diseases, researchers found that MERS-CoV could survive in camel milk for at least 72 hours. But they didn't examine whether the virus is actually found in the milk of infected camels.

In related developments, the Straits Times reported today that 15 Malaysian pilgrims associated with the man who died would be quarantined for 42 days. Health officials quoted in the story didn't explain why they decided on such a long quarantine period. The incubation period for MERS-CoV is estimated to be 10 to 14 days.

In addition, an Agence France-Presse (AFP) report today said 64 people in the Malaysian victim's home village in Johor state would be quarantined for a week. It said authorities screened 100 villagers, of whom 64 had possible symptoms.

With the cases noted today, the WHO's MERS-CoV tally has risen to 243 confirmed cases with 93 deaths.