Traveler from Mideast diagnosed with MERS in UK 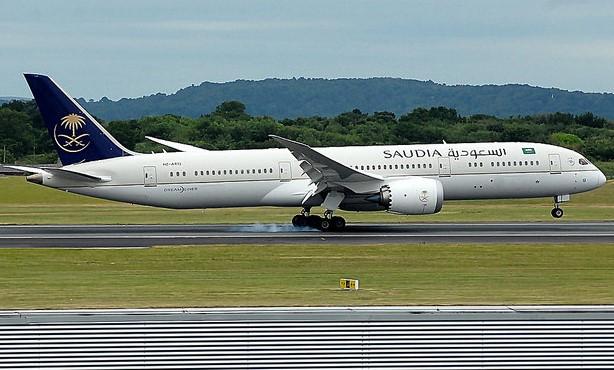 A person who flew via Saudi Arabian Airlines (Saudia) last week to the United Kingdom is infected with MERS-CoV, the first such case in England in 5 years, Public Health England (PHE) confirmed today.

Jenny Harries, OBE, deputy medical director at PHE, said in a press release, "A patient in hospital in Liverpool is being treated for Middle East respiratory syndrome coronavirus (MERS-CoV) infection. The patient is thought to have contracted the infection whilst in the Middle East before travelling to the UK."

The patient is in stable condition and receiving appropriate treatment, PHE said.

The person traveled via Saudia flight SV123 on Aug 16 and was first diagnosed as having MERS at Leeds Teaching Hospitals NHS Trust before being transferred to Royal Liverpool Hospital, which specializes in respiratory infectious diseases.

UK health officials are contacting people who might have been in close contact with the patient, including certain airline passengers.

"Aircraft recycle and filter the air in the cabin and this is why contact tracing is usually restricted to 3 rows in front and 3 behind the case," PHE said. "If you have not been contacted then you are not considered at risk."

People without symptoms are not considered infectious, the agency said, but, as a precaution, those who were near the patient will be contacted and monitored to ensure that if they fall ill they can be treated quickly.

When contacted about the case, PHE declined to say how many close contacts have been identified, whether the MERS patient was symptomatic during travel, what precautions were taken at the two hospitals, or other details not contained in the news release.

This is the UK's fifth MERS-CoV case. The others were in 2012 and 2013 and involved two people from the Middle East and two who contracted the virus from one of those patients.

"MERS-CoV (the virus that causes MERS) can be spread when someone is in close contact with a patient for a sustained period of time," PHE explained.

"It is important to emphasise," Davies added, "that although a case has been identified, the overall risk of disease transmission to the public is very low.

"As we've seen in previous cases, we have well established and robust infection control procedures for dealing with cases of imported infectious disease and these will be strictly followed to minimise the risk of transmission."

Healthcare workers should stay vigilant for severe unexplained respiratory illness in anyone who has recently traveled from the Middle East, particularly in light of increased travel associated with the Muslim pilgrimage, the Hajj, PHE said.

Symptoms typically include fever, cough, shortness of breath, and often pneumonia. Gastrointestinal symptoms, including diarrhea, have also been reported.

UK officials will not issue daily updates on the patient unless his or her condition changes significantly, PHE said.