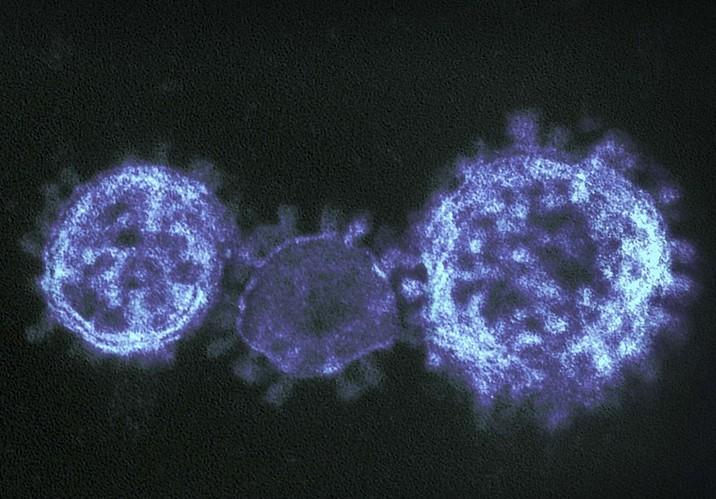 A new SARS-CoV-2 variant, CAL.20C, has been detected in southern California amid a surge in local infections and is spreading through and beyond the United States, according to a research letter published yesterday in JAMA.

Researchers at Cedars-Sinai Medical Center (CSMC) in Los Angeles analyzed COVID-19 strains before and after the surge in cases in southern California in October 2020. Before October, most coronavirus strains there originated from the 20C clade (group of viruses evolved from the same ancestor), which emerged in New York via Europe in the early stages of the pandemic.

CAL.20C, or 20C/S:452R;/B1429, was first seen in 1 of 1,247 COVID-19 samples in Los Angeles County in July, but was not observed again in the region until October, when four cases were detected. While CAL.20C had been found only in southern California in October, by November, 30 cases had been identified in the northern part of the state, and five other states had reported the variant.

By Jan 22, the variant had grown to account for 35% of all coronavirus strains in California and 44% of all samples in southern part of the state and had been detected in at least 19 states and Washington, DC, as well as in six other countries. CAL.20C is one of several other widely circulating variants, such as those first identified in the United Kingdom (B117), South Africa (B1351), and Brazil (B11248).

The researchers randomly sequenced and analyzed 185 SARS-CoV-2 samples from those collected from all CSMC COVID-19 hospital and clinic patients from Nov 22 to Dec 28, 2020. Using Nextstrain, a group of open-source tools for visualizing the genetics behind the transmission of viral outbreaks, they also evaluated the evolutionary development and diversification of the samples and those of 1,480 globally representative genomes.

They identified two strains behind two main COVID-19 clusters, the smaller of which was from the 20G lineage (currently the largest clade in North America), making up 22% of the samples. The bigger cluster, found in 36% of samples, was made up of the new CAL.20C variant, which descended from the 20C clade and features five mutations: ORF1a: I4205V, ORF1b: D1183Y, S: S13I; W152C; and L452R. The latter three mutations affect the COVID-19 spike protein and could enable easier binding to cells.

The authors observed that collection bias and a relatively small set of local samples may have skewed their results, adding that that the behavior of CAL.20C is yet unknown. "Additionally, as clinical outcomes have yet to be established, the functional effect of this strain regarding infectivity and disease severity remains uncertain," they wrote. "Nevertheless, the identification of this novel strain is important to frontline and global surveillance of this evolving virus."

Coauthor Jasmine Plummer, PhD, said via email that the medical center has begun testing the new variant. "At Cedars-Sinai, we have begun functional studies to assess each mutation in the spike protein, neutralizing antibody assays and cell proliferation using the CAL.20C strain to verify it is not more infectious or faster growing than other strains," she said.

"We also are augmenting our clinical sample population to look at outcome, eg, severity."

In an editorial in the same journal, John Mascola, MD; Barney Graham, MD, PhD; and Anthony Fauci, MD, all of the National Institute of Allergy and Infectious Diseases, noted that the B117 variant, which has eight mutations in the coronavirus spike protein, is estimated to be 30% to 80% more transmissible and may be 30% more deadly than other strains. While the B1351 variant is also thought to be more transmissible than other strains, there is no evidence that it is more deadly.

However, Mascola and colleagues said that emerging variants may become resistant to COVID-19 treatments such as monoclonal antibodies. "The prevalent strains in the US appear to remain sensitive to therapeutic monoclonal antibodies; however, recent evolutionary history raises the concern that the virus could be only a few mutations away from more substantive resistance," they wrote.

Although mutations could also lower vaccine effectiveness, data thus far suggests that the currently authorized coronavirus vaccines could still be able to prevent infection with these variants but will require updates over time as variants evolve, according to the authors.

"It is unclear whether changes in vaccine composition will be needed to effectively control the COVID-19 pandemic; however, it is prudent to be prepared," they wrote. "Some companies have indicated plans to manufacture and test vaccines based on emerging variants, and such studies will provide important information on the potential to broaden the immune response."

Mascola and colleagues called for a systematic global approach to COVID-19 surveillance, tracking, and vaccine distribution, including in vitro evaluation of sensitivity to monoclonal antibodies and vaccines, vaccine protection against novel strains in animals, and field data identifying viral sequences from breakthrough infections in vaccinated people.

"SARS-CoV-2 will be with the global population for some time and has clearly shown its tendency toward rapid antigenic variation, providing a 'wake-up call' that a sustained effort to develop a pan-SARS-CoV-2 vaccine is warranted," the authors said.