World Bank says most nations not ready for pandemic 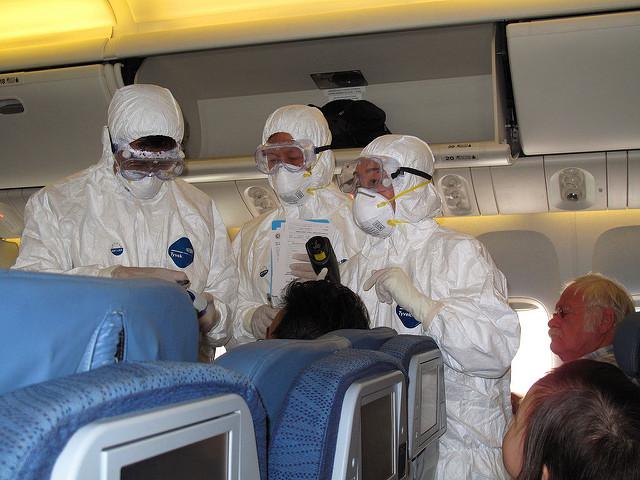 A working group set up by the World Bank to take stock of the world's pandemic readiness said most countries aren't adequately prepared and that the world isn't doing enough to finance recommended steps.

The World Bank established the 18-member working group in November 2016, led by Peter Sands, MPA, who chaired an independent review set up by the National Academy of Medicine in the wake of West Africa's Ebola outbreak to chart ways to improve the response to the global disease threat. Sands is senior fellow with the Mossavar-Rahmani Center for Business and Government at the Harvard Kennedy School.

Over the past several years, the World Bank has been involved in estimating potential pandemic costs and has organized efforts to speed response funding to countries hard hit by outbreaks.

In 2016, the World Health Organization (WHO) launched a joint external evaluation (JEE), a tool that countries can use to systematically evaluate their preparedness capabilities and infrastructure to identify gaps and target areas for improvement. It involves self-assessment and peer review evaluations across 19 domains. The JEE is similar to a tool used to gauge veterinary systems and animal health.

Today's report said that only 37 countries have completed their JEEs, while 162 have not.

Of the 37 with completed JEEs, only 2 have used the results to develop cost-estimated plans. The experts urged countries, as well as international donors, to prioritize preparedness financing and their domestic budgets.

According to conservative estimates, a pandemic could destroy 0.1% to 1% of the gross domestic product, a measure of the value of all goods and services. The loss is similar to the level estimated for other major global threats, such as climate change.

Recent economic estimates suggest the global total for a moderately severe to severe pandemic could be $570 billion, or 0.7% of the world's income.

Sands said today in a World Bank press release: "Given the scale of risk to human lives and livelihoods, the investment case for financing preparedness is compelling. We must make it happen."

One of the group's recommendations is for all countries to commit to assessing their preparedness and animal health capacities by the end of 2019 and develop plans that include priorities and cost estimates to address the gaps.

The next key step would be to work out a financing plan and how to implement it, the experts say. The report says the World Bank is developing a Health Security Financing Assessment Tool to help countries translate their cost-estimated plans into detailed financing proposals.

To help build political support for preparedness, the group recommends that countries develop an investment case to explain the rationale for including the cost-detailed plans into national budgets, as well as a plan to enlist the support of relevant stakeholders.

Another recommendation covers methods of generating financial resources to pay for preparedness, involving the private sector, and working to further develop a public-private "pandemic financing facility" modeled after the insurance system.