Scientists to US: Act now to leash virulent COVID variant 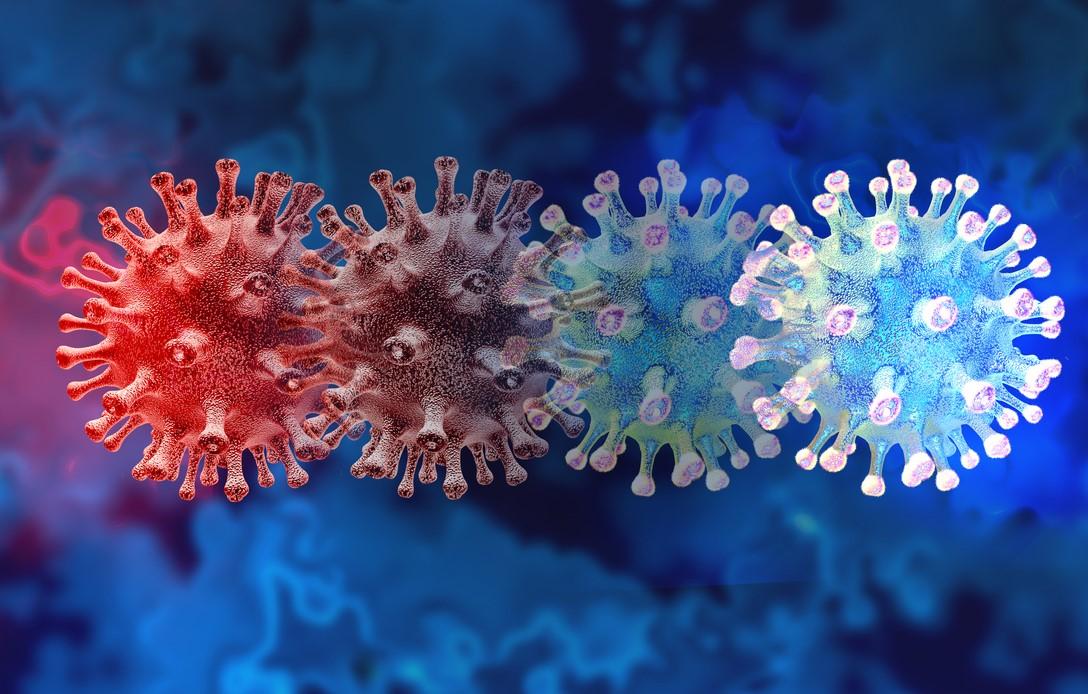 The B117 SARS-CoV-2 variant, identified in 33 states thus far, will dominate other strains in the coming weeks, triggering major COVID-19 surges such as those seen in Portugal and the United Kingdom—unless the United States immediately scales up surveillance and mitigation efforts, according to a study published yesterday on the preprint server medRxiv.

A team led by scientists from the Scripps Research Institute sequenced SARS-CoV-2 genomes from 10 states using US COVID-19 testing facilities to track the emergence and spread of B117, the more transmissible and lethal variant that was first discovered in the United Kingdom in September and likely introduced to the United States during holiday travel.

As of yesterday, the US Centers for Disease Control and Prevention (CDC) has reported 690 B117 cases in 33 states.

B117 shares the N501Y mutation with other variants first seen in South Africa and Brazil but also has several other mutations in the SARS-CoV-2 spike protein that enable it to more easily enter human cells. B117 quickly established itself in Britain, supplanting other strains as it spilled across borders, generating devastating surges across Europe in its wake.

Yesterday's analysis showed that B117 likely arrived in the United States through repeat independent introductions by international travelers as early as late November, with ongoing community transmission since December. The researchers noted that the US Transportation Security Administration reported that more than 1 million Americans traveled domestically and internationally over Thanksgiving, Christmas, and New Year's Day.

By late January, B117 made up, on average, about 2.1% of US COVID-19 cases, with 2.0% in California and 4.5% in Florida, the authors estimated. The variant is currently spreading at a rate of about 7% each day in the United States.

In addition to the 209 B117 sequences, the researchers also sequenced 3 B117 genomes detected through random genomic surveillance in California. Of the 212 sequences, 96 were from California, while 87 originated in Florida. Most of the Florida sequences contained an additional mutation, K1191N, which has been reported to escape immune detection.

Vaccination to have little effect in coming weeks

While the authors note that they couldn't estimate directionality and connectedness across the country owing to a lack of robust national data, they said that the clustering of cases suggests that the virus first traveled between Florida and Georgia, Florida and Minnesota, Florida and Michigan, and among Florida, Georgia, and North Carolina. They noted that many of the first US B117 patients reported no recent international travel, indicating substantial community spread.

The researchers called for investigation into why the current US B117 daily case growth rate is slightly lower than those seen in Portugal (10%), Denmark (10.3%), and the United Kingdom (10.4%), but they said it may be due to the lack of robust data or strong mitigation efforts or competition from other, more virulent SARS-CoV2 variants. The authors also said these findings underscore the need for strong national genomic surveillance for B117 and other, yet undetected variants.

"Because laboratories in the U.S. are only sequencing a small subset of SARSCoV-2 samples, the true sequence diversity of SARS-CoV-2 in this country is still unknown," they wrote. "The more established surveillance programs in other countries have provided important warnings about variants of concern that can impact the U.S., with B.1.1.7 representing only one variant that demonstrates the capacity for exponential growth."

Study coauthor Mark Zeller, PhD, of Scripps Research Institute, told CIDRAP News that US vaccination efforts will have very limited effectiveness in slowing the spread of B117 in the coming weeks. "It will still take many months before enough people are vaccinated to slow down transmission significantly," he said. "However, the majority of the older and vulnerable people will probably be vaccinated by spring, which should reduce hospitalizations and deaths by then."

In the meantime, the best strategy is to physical distance, wear face coverings, and increase testing and vaccination to lower B117 spread to buy some time for when the variant becomes dominant, Zeller said. "In addition to this, increasing genomic surveillance capacity would be important to keep track of the B.1.1.7 variant, but also to quickly identify other variants when they emerge in the United States," he added.