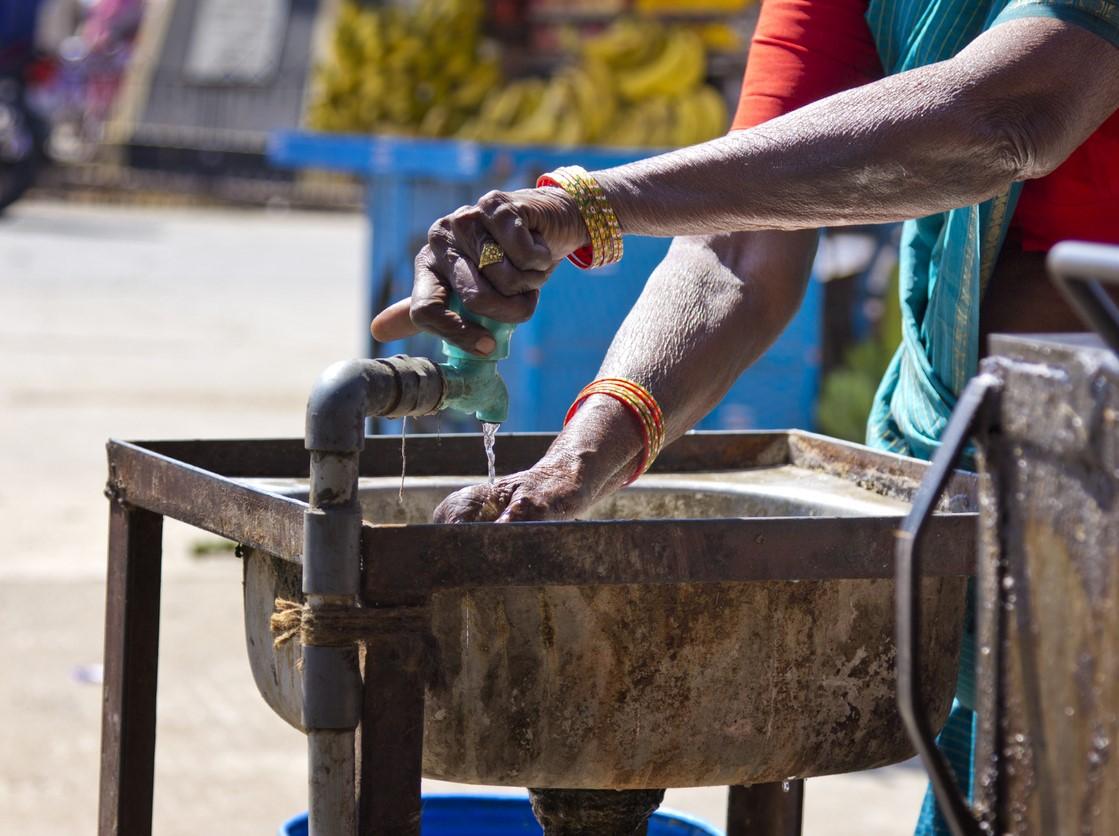 A new study by an international team of scientists reveals a new understanding of how antibiotic-resistant strains of typhoid fever have quickly emerged and spread from South Asia to other parts of the world.

The authors of the study, published this week in The Lancet Microbe, say the findings highlight the need to consider drug-resistant typhoid fever as a global—rather than a local—problem, and to rapidly expand prevention measures.

Expansion and spread of resistant strains

Typhoid fever is a life-threatening illness that affects more than 11 million people and causes more than 100,000 deaths annually, with the highest incidence rates occurring in South Asia. Caused by the bacterium Salmonella enterica serovar Typhi, it is frequently transmitted by contaminated water and food and person-to-person contact, and it tends to spread in areas with poor sanitation.

Typhoid fever has also become increasingly resistant to antibiotics over the past 50 years. Multidrug-resistant (MDR) strains of Salmonella Typhi that are resistant to the first-line antibiotics ampicillin, chloramphenicol, and trimethoprim-sulfamethoxazole first emerged in the 1970s and have become prevalent in parts of South Asia and Africa. In 2016, an extensively drug-resistant (XDR) strain that was also resistant to ceftriaxone and fluoroquinolones emerged in Pakistan's Sindh Province, where it has caused outbreaks. More than 15,000 cases of XDR typhoid fever have been reported in Pakistan since 2016.

More recently, strains of Salmonella Typhi that are also resistant to azithromycin—one of the antibiotics used for MDR strains—have emerged in Bangladesh, India, Nepal, Pakistan, and Singapore.

To get a better understanding of how and where resistant Salmonella Typhi strains have emerged and spread over time, the researchers performed whole-genome sequencing on 3,489 isolates obtained from patient blood sample from facilities in Bangladesh, India, Nepal, and Pakistan over a 6-year period (2014 through 2019). For comparison and context, they sequenced an additional 4,169 Salmonella Typhi samples isolated from 70 countries from 1905 to 2018.

Of the 7,657 isolates that were sequenced, acquired resistance genes that contribute to the MDR phenotype (defined as harboring genes conferring resistance to ampicillin, chloramphenicol, and trimethoprim-sulfamethoxazole) were identified in 2,047 (26.8%); of these isolates, 2,016 (98.4%) belonged to H58, the dominant lineage of MDR Salmonella Typhi. From 2000 onwards, the researchers observed a declining trend of these MDR isolates in Bangladesh and India, low and stable proportion in Nepal, and an increasing proportion in Pakistan and Africa. Most of the H58 isolates in Pakistan were XDR.

At the same time, sequencing also revealed a rise in the proportion of Salmonella Typhi isolates that were resistant to fluoroquinolones, with the largest increase seen in Bangladesh, followed by India, Nepal, and Pakistan. Strains with resistance to third-generation cephalosporins and azithromycin have emerged in just the past decade.

An evolutionary history of the resistant Salmonella Typhi strains (belonging to both H58 and non-H58 lineages) revealed that they have been introduced into other countries from India—the hypothetical origin spot for these strains—at least 197 times since 1990.

"This analysis of S Typhi genome sequences reveals that acquisition of antimicrobial resistance through plasmids or homoplastic mutations has occurred frequently across multiple lineages and been accompanied by expansion and international spread of antimicrobial-resistant S Typhi clones," the study authors wrote. "We identified numerous international and intercontinental transfers of S Typhi over the past 30 years, with the majority associated with antimicrobial resistance.

"Once introduced to a new setting, antimicrobial-resistant S Typhi became quickly fixed, as broadly exemplified with fluoroquinolone non-susceptible clades in multiple countries and XDR S Typhi in Pakistan," they added.

While much of the spread has been within South Asia or from South Asia to Southeast Asia and east and southern Africa, the strains have also been introduced into the United Kingdom, United States, and Canada. In fact, a 2021 Health Advisory from the US Centers for Disease Control and Prevention reported that the agency had received 71 notifications of XDR typhoid infections in the United States dating back to 2018.

Among 67 patients with known travel histories, 58 had traveled to Pakistan in the previous 30 days. But specimens from the nine patients with no history of travel to Pakistan, or connections to any other patients, showed similar resistance patterns to those described in Pakistan.

Wider use of conjugate vaccine could help

The authors say the rapid emergence and spread of resistant Salmonella Typhi they've highlighted in their research should influence how countries think about typhoid control. Since South Asia appears to be a source of new drug-resistant strains, they call for more resources to support typhoid control in the region.

That includes wider use of typhoid conjugate vaccine (TCV), which is recommended by the World Health Organization in countries with a high burden of resistant typhoid. In 2019, Pakistan became the first country to introduce TCV into its routine immunization schedule.

But the authors also say that, given how quickly and widely resistant Salmonella Typhi strains have spread, even countries where typhoid fever is not endemic should consider introducing TCV.