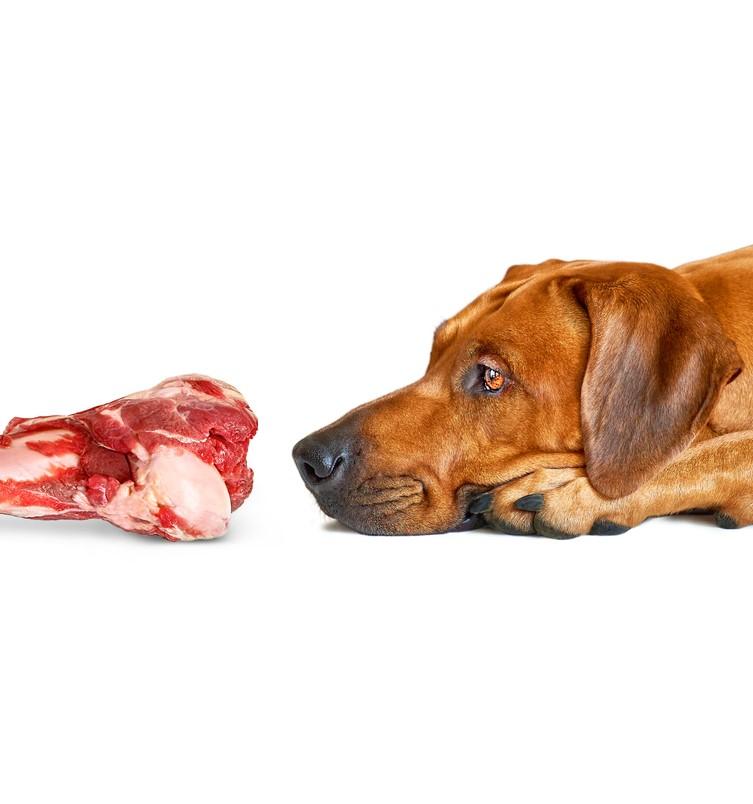 New research by scientists in England suggests a link between antibiotic-resistant bacteria in dogs and their consumption of raw meat.

In a study published yesterday in the Journal of Antimicrobial Chemotherapy, a team from the University of Bristol found third-generation cephalosporin-resistant (3GC-R) Escherichia coli in roughly 8% of fecal samples from rural and urban dogs in southwest England. Using molecular data and information from questionnaires filled out by dog owners, they found that resistant E coli in the rural dogs was associated with a raw meat diet.

The study was part of a wider effort by the researchers to investigate transmission of antibiotic-resistant E coli through a One Health lens, focusing on the intersection of the environment, farms, animal species, and specific cohorts of animals and humans in southwest England. Previous research by the team had found that plasmid-mediated 3GC-R E coli—which is increasingly being found in humans and animals and is considered a pathogen of major concern for humans—was common on dairy farms in the area, both in cattle and humans.

While E coli is commonly found in human and animal intestines, it can cause more severe infections if it spreads to other parts of the body. Resistance to third-generation cephalosporin antibiotics is a concern because they are considered critically important for human medicine.

To see whether dogs living in the vicinity of these farms were more likely to carry 3CG-R E coli, the researchers recruited 600 dogs from local dog-walking sites, collected fecal samples, and asked their owners to fill out questionnaires on their dogs' diet and the environments where they walked. They then conducted polymerase chain reaction (PCR) testing and whole genome sequencing (WGS) on 3GC-R E coli isolates from the fecal samples, and compared the molecular data with data from previously collected 3GC-R E coli isolates from people and dairy farms in the region.

Analysis of the questionnaires identified a significant association between being fed raw meat and carrying 3GC-R E coli, particularly among rural dogs (multivariable odds ratio [OR], 12.1; 95% confidence interval [CI], 3.3 to 43.8) but not in urban dogs. For urban dogs, increased risk of carrying 3GC-R E coli was weakly associated with playing or swimming in a river (multivariable OR, 2.3; 95% CI, 1.0 to 5.2).

The connection between raw meat and 3GC-E coli in dogs was also found in a study by the same team that was published online in January in the journal One Health. That study found that raw meat was associated with the presence of fluoroquinolone-resistant E coli in 223 puppies, and that the bacteria could be shared with people.

The study authors say the findings suggest there are interventions that can be taken to reduce the carriage of this potentially harmful pathogen in dogs.

"We should do everything we can to reduce the circulation of critically important antibiotic-resistant E. coli and other bacteria," lead study author Matthew Avison, PhD, a professor of molecular biology at the University of Bristol, said in a university press release. "Our research adds to the increasing evidence that not feeding raw meat to dogs may help in that objective.”