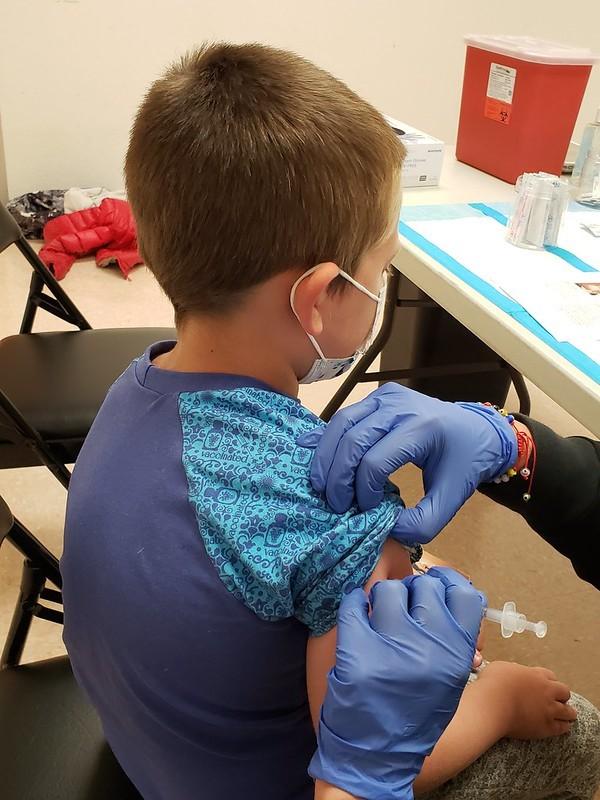 Two doses of the Moderna COVID-19 vaccine were safe in children aged 6 months to 5 years and triggered similar immune response and protection against infection as that seen in young adults, according to preliminary results from a phase 2/3 clinical trial published yesterday in the New England Journal of Medicine.

Emory University and Moderna researchers led the study, of which part 1 was an open-label trial to select the optimal Moderna mRNA-1273 vaccine dose, and part 2 was an observer-blinded, placebo-controlled evaluation of the selected dose in young children through Feb 21, 2022. The study took place during SARS-CoV-2 Omicron variant predominance.

The researchers randomly assigned children aged 6 months to 5 years in a 3:1 ratio to receive either two 25-microgram (μg) doses of the vaccine or a saline placebo 28 days apart to evaluate the safety and immune response of the vaccine and determine whether the immune response was as robust as that in adults aged 18 to 25 years participating in a related phase 3 trial.

Both local and systemic adverse reactions were more common among vaccine than placebo recipients but were mostly mild and short-term. Fever was more common after the second vaccine injection and lasted about 1 or 2 days after either injection in both age-groups. By day 28 after the first or second injection, the incidence of unsolicited adverse events was comparable in the vaccine and placebo groups in both age-groups.

The US Food and Drug Administration has approved the Moderna vaccine for adults, and it granted emergency use authorization for Americans 6 months to 17 years in June 2022.

"In children 6 months to 5 years of age, two 25-μg injections of the mRNA-1273 vaccine had acceptable reactogenicity, safety, and effectiveness during a period when omicron was the predominant circulating variant, a finding consistent with that observed previously in children 6 to 11 years of age, adolescents, and adults," the researchers wrote.

The authors said that they will continue active and passive safety surveillance in large global safety networks to detect any new safety issues. "The longer-term effectiveness and durability of mRNA-1273 will also continue to be assessed in clinical trials and through its postauthorization use," they wrote.