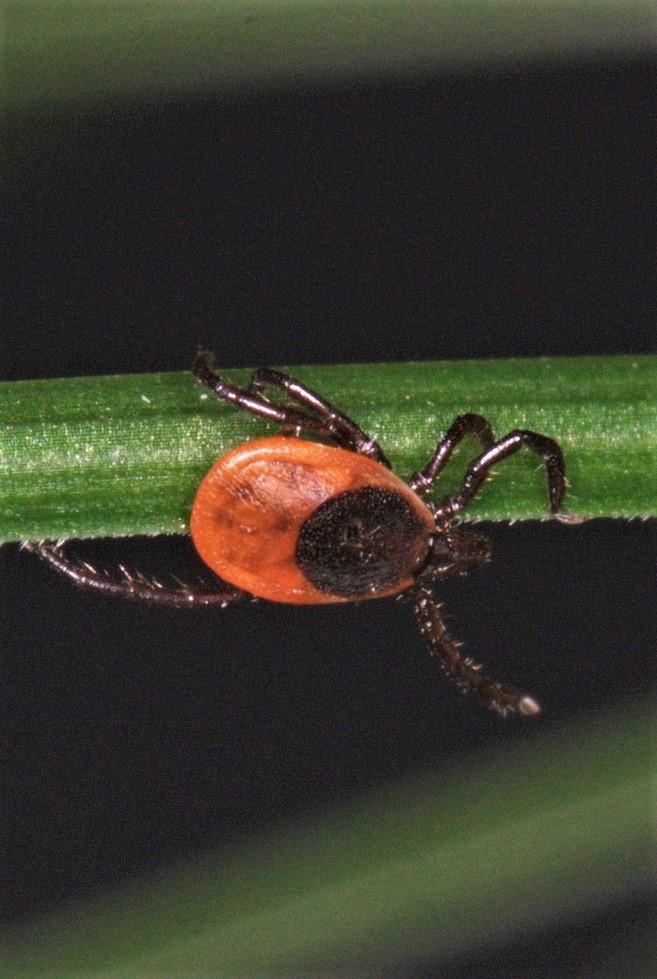 As studies document the growing incidence of tick-borne disease in the United States, a new commentary in the New England Journal of Medicine (NEJM) says the public health burden of tick-borne pathogens is considerably underestimated.

"The burden of tickborne diseases seems likely to continue to grow substantially. Prevention and management are hampered by suboptimal diagnostics, lack of treatment options for emerging viruses, and a paucity of vaccines,” wrote Anthony Fauci, MD, director of the National Institute of Allergy and Infectious Diseases, and colleagues in the NEJM commentary.

Ticks can transmit both bacterial and viral diseases, some more severe than others. The most well-known US tick disease is Lyme, which represents 82% of all tick-borne diseases diagnosed in the United States. Currently, the Centers for Disease Control and Prevention estimates 30,000 cases of Lyme disease annually, but the true incidence could be 10 times higher, the commentary notes.

The reasons for the increase in tick-borne diseases are multifactorial, but a wider geographical distribution of ticks has been noted in the last decade. According to the commentary, the geographic range of Ixodes scapularis (the blacklegged or deer tick, which causes most Lyme in the Northeast) in 2015 had been detected in nearly 50% more US counties than in 1996.

In a study published yesterday in Emerging Infectious Diseases, researchers track I scapularis in the Tennessee Valley, a region previously considered non-endemic for Lyme. In 2006, the tick had not been found in the area, but in the winter of 2012-13, adult I scapularis ticks were detected in neighboring Pulaski County, Virginia.

To see if the arachnids had also moved into Tennessee, researchers from the University of Tennessee and Texas A&M collected 479 adult I scapularis ticks from 49 of 70 sites in the upper Tennessee Valley. All ticks were tested for Borrelia burgdorferi, the bacterium that causes Lyme. Forty-six ticks (9.6%) from seven sites in four counties tested positive for Lyme Borrelia by 16S rDNA PCR screening.

"This study documents emergence of B. burgdorferi senso stricto in tick populations in eastern Tennessee," the authors wrote. "Relative to Lyme disease–endemic areas in the north, B. burgdorferi prevalence in the study area was low (10%) and had a patchy distribution."

The movement of the ticks into the region should be seen as a warning of future Lyme activity, the authors concluded.

Call for vaccine development, use

Though the vast majority of Lyme cases (80%) will respond to traditional antibiotic treatment, some 10% to 20% of patients have lingering or complicated recoveries. Viral tick-borne diseases, in contrast, including Powassan virus (POWV), have a 10% to 15% case-fatality rate and long-term symptoms in up to 70% of patients.

POWV, a tickborne encephalitis-causing flavivirus, was first documented in Canada in 1958, the NEJM commentary authors note. Before 2006, only 20 known human cases were reported, but from 2006 to 2016, that number jumped to 99.

There is no known treatment for the disease, and serological testing for POWV is available only at some specialized laboratories. But new assays and methodologies are improving the diagnosis of tick diseases. The commentary authors note that Heartland virus and Bourbon virus, two previously unknown tick-borne diseases, were discovered through next-generation sequencing.

Unlike with other vector-borne diseases, there are no vaccines for some of the most common tick-related illnesses in the United States. The manufacturer of LYMErix, a promising Lyme vaccine, pulled the product in 2002 after liability concerns and unsubstantiated reports the vaccine was linked to autoimmune arthritis.

The NEJM commentary ends with the suggestion that vaccine development for tick-borne diseases focus on the vector, and not the pathogen.

"This approach could reduce transmission of multiple pathogens simultaneously by exploiting a common variable, such as vector salivary components," the authors said.

The call for wider vaccine use is echoed in a study today in Epidemiology & Infection, which looked at tick-borne encephalitis (TBE) in Europe. TBE vaccine, available in Europe and Asia, protects 87% of recipients against the disease.

The study found that 20.6% of patients suffered sequelae after their TBE had resolved, but the use of the TBE vaccine was limited. The incidence of sequelae, including neurologic complications, could be greatly reduced with wider use of the vaccine, the authors said.