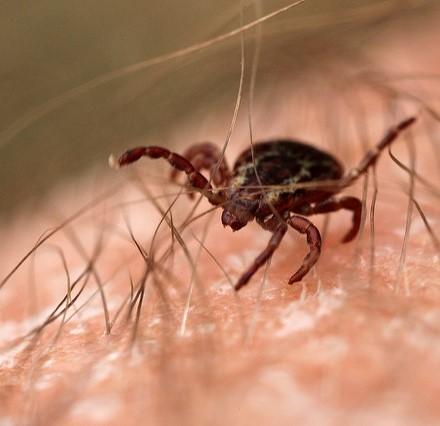 A federal advisory group tagged by Congress in 2016 to identify priorities into tick-borne disease research issued its first report today, which comes alongside new data from the US Centers for Disease Control and Prevention (CDC) showing a record number of cases in 2017.

The Department of Health and Human Services (HHS) report is the result of December 2016 Congressional passage of the 21st Century Cures Act, intended to promote new healthcare innovations targeting an array of public health issues, including tick-borne diseases.

In a press release, HHS said the group recommends a multi-pronged response to address diseases that affects more than 300,000 Americans each year, with cases doubling since 2004. Health officials estimate, however, that only about one tenth of cases are reported to local and state health departments or the CDC.

As part of its fact-finding, the group sought comments from patients and advocates about the debilitating symptoms of the diseases that often require lengthy treatment and large medical bills that aren't reimbursed by insurers.

Working group chair John Aucott, MD, associate professor at Johns Hopkins University School of Medicine and director of its Lyme disease research center, said the report represents the first step in bringing together all relevant stakeholders to develop solutions to a critical and growing public health problem. "The bottom line is: We need to find better ways to care for our patients, and these recommendations will help us do that."

Requesting a boost in federal support

The team's main recommendations include increases in federal resources to meet key research and patient care needs. Priorities include:

The report details how federal funding is lacking, especially given the number of Lyme disease cases compared with other infectious diseases.

For example, in 2016, the 36,429 estimated number of Lyme disease cases—thought to be an 8- to 12-fold underestimate—wasn't much smaller than the 38,782 HIV/AIDS cases reported the same year. However, 2017 fiscal year funding for Lyme disease efforts at the National Institutes and Health (NIH) and the CDC, at $39 million, were a tiny fraction of the roughly $3.8 billion budget the two agencies had to work on HIV/AIDS.

For hepatitis C, thought to infect about 3,000 people in 2016, federal support to the two health agencies was $141 million, well below the amount targeted for Lyme disease

In a statement, the CDC said that, along with an accelerating trend of cases reported since 2004, over the same period researchers discovered seven new tick-borne diseases that can infect humans.

The CDC said the reason for the increase isn't clear, and several factors affect tick numbers each year, including temperature, rainfall, humidity, and host populations such as mice. The agency added that tick densities vary by region, state, and county, and that case numbers are also influenced by health provider awareness, testing, and reporting practices.

"Finally, during any given year, people may or may not notice changes in tick populations depending on the amount of time they or their pets spend outdoors," the CDC added.