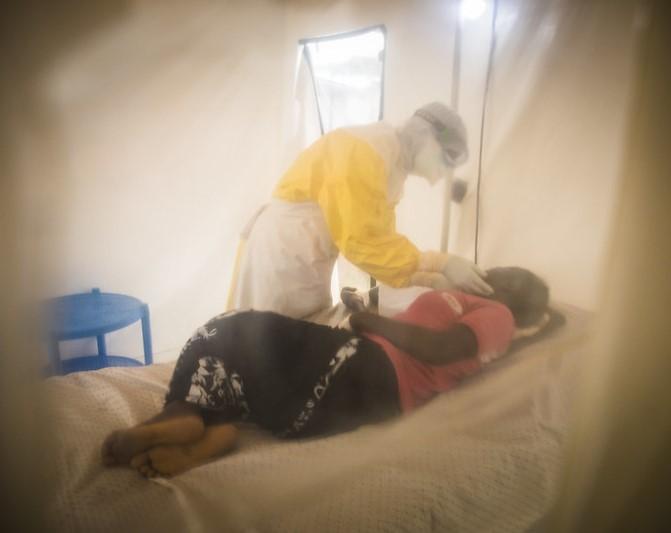 Six more cases have been confirmed in Uganda's Ebola Sudan outbreak, raising the total to seven, the World Health Organization (WHO) said today in an update, while noting that the outbreak location—Mubende district—poses a risk of further spread and that health officials are weighing the possibility of testing a vaccine targeting the strain in the location.

On Twitter today, WHO Director-General Tedros Adhanom Ghebreyesus, PhD, said 16 people with suspected infections are in medical care. The number of deaths in confirmed people remains at one. The outbreak was first announced 2 days ago, marking Uganda's first involving the strain since 2012.

In its statement, the WHO said medical teams are monitoring 43 contacts. At a separate WHO African regional office briefing today, Kyobe Henry Bbosa, MD, Ebola incident commander with Uganda's health ministry, said that, along with continuous contact tracing, officials are repurposing COVID treatment centers and enhancing public awareness about the disease.

In its statement, the WHO said it is concerned about the outbreak's location. Mubende is a 2-hour drive from Kampala and is on a busy road that leads to the Democratic Republic of the Congo (DRC). The area has gold mines that attract people from elsewhere in Uganda and from other countries.

"The mobile nature of the population in Mubende increases the risk of a possible spread of the virus," the WHO said.

Along with WHO expert support, the agency has provided Uganda six viral hemorrhagic fever kits, and one has been delivered to the outbreak area. It added that although there aren't any treatments that target infections involving the Ebola Sudan strain, early identification and supportive treatment can greatly increase the chance of survival.

At the WHO briefing, Patrick Otim, MBChB, MPH, a health officer with the WHO regional office, said Ebola Sudan infections are slightly less severe than those involving Ebola Zaire, with a case-fatality rate for the former ranging from 40% to 100% without treatment. "It's very critical that we treat this outbreak as serious," he said.

So far, there are six vaccine candidates against Ebola Sudan infections in early stages of development, three of which have phase 1 safety data. A WHO research team is in contact with developers to determine if any could be evaluated in the current outbreak setting.

VSV-EBOV was studied in the West Africa outbreak setting while it was in development. After trials found that it was highly effective, health officials have routinely used it ring vaccination response activities, including outbreaks in recent years in the DRC. Drug regulators in a number of countries have approved the vaccine.