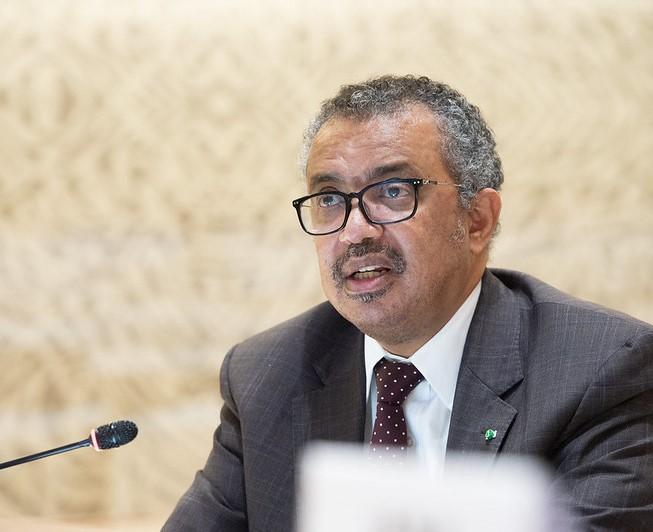 At a briefing to the World Health Organization (WHO) executive board today, its director-general warned that conditions remain ideal for new variants to emerge and that countries have the power to change the drivers of the pandemic.

In other global COVID-19 developments, some countries reported record highs, as protests against outbreak measures in other nations spurred violent protests over the weekend.

The WHO's executive board is meeting in Geneva this week to set the agenda for the World Health Assembly in May. During his address to the group today, WHO Director-General Tedros Adhanom Ghebreyesus, PhD, said it's dangerous to assume that Omicron will be the last variant or that the world has reached the end game of the pandemic.

However, he said it's possible to end the acute phase of the pandemic this year if countries use tools and strategies known to drive down cases, including vaccination, clinical management, increasing testing and sequencing, using targeted public health measures when needed, and using new solutions as they surface.

Tedros said that although a comprehensive approach is needed, he singled out bridging the vaccine access gap as a key step for ending the acute phase. Currently, 86 countries haven't met the 2021 goal of vaccinating 40% of their populations, and 85% of Africa's population has not received a single dose. "How can that be acceptable to any of us?"

Omicron worsening in some nations

In separate comments today marking the 2-year anniversary of Europe's first COVID-19 case, the head of the WHO's European regional office, Hans Henri Kluge, MD, MPH, said that Omicron is replacing Delta with unprecedented speed, and though the intensive care unit burden is lower for Omicron, overall hospitalizations are still rising. He added that the Delta variant is still a factor in some countries.

He said Omicron offers the hope of stabilization and normalization, but huge disparities in vaccine access remain. "Too many people who need the vaccine remain unvaccinated. This is helping to drive transmission, prolonging the pandemic, and increasing the likelihood of new variants."

Russia yesterday for the third day in a row reported record COVID-19 cases, and the country's health ministry said Omicron has been detected in 64 of 89 regions. It expects the variant to become dominant, according to ABC News.