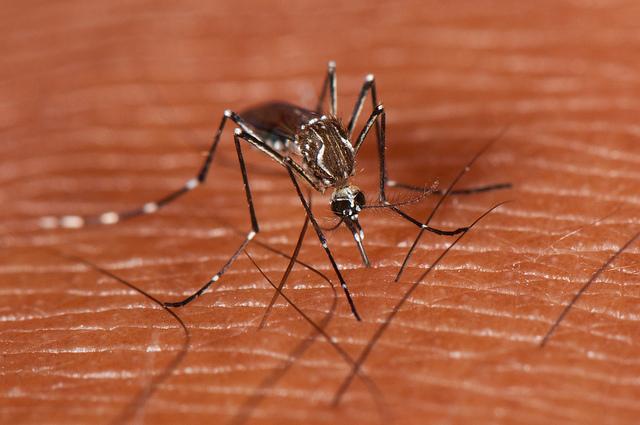 As Florida braces for Hurricane Matthew, flooding is likely to increase mosquito populations, adding extra challenges to the Zika virus battle in that state.

In other developments, the World Health Organization (WHO) said today that it's still not clear if recent Zika-linked microcephaly cases in Thailand are tied to the strain that has circulated in Southeast Asia, and the US Centers for Disease Control and Prevention (CDC) said today that one more baby has been born in the United States with Zika-related birth defects.

Aedes aegypti mosquitoes that spread Zika virus and other diseases are known to live indoors, near humans.

After a hurricane passes, adult mosquito survivors lay eggs near standing water, causing populations to spike within a couple weeks, prompting a response from health departments and local mosquito control districts. "Though most of these mosquitoes will not spread viruses, some could," he said.

Studies have shown that hurricanes and floods don't usually trigger an increase in the spread of mosquito-borne illnesses, but because people spend more time outside doing storm cleanup, they are more likely to be bitten by mosquitoes, he said. "Small increases in the numbers of WNV [West Nile virus] cases were noted in some areas of Louisiana after Hurricane Katrina."

Haynes said residents can help control mosquitoes in and around homes and take steps to avoid mosquito bites.

The WHO said in its weekly Zika update that attempts to sequence the Zika virus isolated from two recent microcephaly cases in Thailand wasn't successful, and investigators still don't know whether the birth defects were linked to an Asian strain that circulated in Southeast Asia in the past or to the strain in the Americas with known links to poor birth outcomes.

"If a Zika virus strain previously circulating in Southeast Asia was found to be linked to microcephaly or other complications, it would have significant impact on the global risk assessment," the WHO said, because it would show that birth defects aren't limited to the strain circulating since 2013 in the Western Pacific region, the Americas, and Cabo Verde.

Seroprevalence studies are urgently needed to assess the risk of Zika complications in countries where the virus is thought to be endemic, the WHO said.

The agency said that Thailand established active surveillance for microcephaly in February and is in the process of integrating it into its routine birth defect surveillance program.

In other new Zika developments, the WHO said Mexico is the latest country to report Zika-linked cases of Guillain-Barre syndrome (GBS), a neurologic disorder. So far, 19 countries have reported at least one Zika-linked GBS case.

Elsewhere, the Philippines has confirmed 2 more Zika cases, putting its total at 15, and Singapore has also reported 2 new infections, increasing its outbreak total to 401, according to media reports.

The number of affected pregnancies in the US territories remained at two: one born live and the other reflecting a pregnancy loss.

Meanwhile, the number of pregnant women in US states infected with Zika virus continues to climb, with 29 more reported, putting the total at 837 as of Sep 29, the CDC said. US territories reported 148 more infections in pregnant women, lifting that total to 1,638.

As of yesterday the CDC has received reports of 3,712 travel-related Zika cases from the continental United States, 87 more than the previous week. The number of cases from US territories, almost all in Puerto Rico, is now at 23,118, a rise of 2,130 from the week before.

So far the continental United States has 30 sexually transmitted Zika cases and 13 Zika-related GBS cases, while the territories have 39 Zika-linked GBS cases.