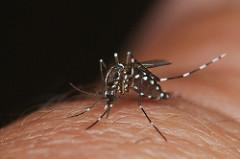 In quickly evolving developments, more countries in the Americas reported Zika virus cases, as Brazil—one of the hardest hit countries—reported more microcephaly cases, which health officials suspect might be related to infections in pregnant women.

In a pair of updates, the European Centre for Disease Prevention and Control (ECDC) weighed in on the spread of mosquito-borne Zika virus to more countries and the possible connection to complications, which may also include Guillain-Barre syndrome (GBS) and congenital neurological malformations.

Also, the World Health Organization (WHO) said it has been notified of Zika virus infections in Guatemala and El Salvador, with infectious disease news sources flagging foreign language media reports suggesting that illnesses have been detected in Paraguay and Venezuela.

Zika virus infections, spread by Aedes mosquitoes, have rapidly spread to new parts of the Americas since 2014 and continues to sicken people in other parts of the world. Symptoms are similar to dengue fever, but usually milder, lasting 4 to 7 days.

The WHO said in separate statements that it was notified of a locally acquired case in Guatemala, a patient who got sick on Nov 11, and reports from El Salvador of three locally acquired cases. In both instances, the US Centers for Disease Control and Prevention (CDC) lab in Fort Collins confirmed the findings.

It said officials are taking prevention and control steps and are looking for additional cases. The WHO urged countries in the Americas to maintain the capacity to detect Zika cases and to prepare their health systems to take on more burden from the disease.

In an Nov 27 epidemiological update, the ECDC said the first two locally acquired cases have been reported from Mexico, one from Chiapas state, in the southeastern part of the country, and the other from Nuevo Leon state, located in the northeastern region. Aside from the already mentioned countries, other locations reporting cases this year include Colombia, Suriname, Cape Verde, Fiji, Vanuatu, Samoa, New Caledonia, Solomon Islands, and Indonesia.

In addition, ProMED Mail, the reporting service of the International Society for Infectious Diseases, flagged a media report from Paraguay that said health officials have detected six locally acquired Zika infections. Meanwhile, FluTrackers, an infectious disease news message board, yesterday posted a media report from Venezuela that said 17 cases have been detected.

The WHO is now reporting 739 microcephaly cases in newborns from northeastern Brazil, affecting 9 of the country's states, according to a Nov 27 statement. The WHO first acknowledged Brazil's unusual spike in cases on Nov 20, when 399 cases from 7 states were reported.

In its latest statement, the WHO investigations are underway into the cases, which include one death. It said technical experts have been deployed to help Brazil's health ministry with arbovirus virology, epidemiology, and disease surveillance.

Though the cause of the sharp increase hasn't been determined, the WHO said it wanted to raise awareness and asks other countries to be on alert for similar increases.

According to a Nov 27 ECDC assessment, Brazilian authorities have confirmed Zika virus RNA in amniotic fluid in two women who carried babies with microcephaly. Both women had symptoms consistent with Zika virus infection during their pregnancies. It added that the significance of the findings are still under investigation.

Also, the ECDC added that the Brazilian media has reported seven GBS cases linked to Zika virus illness, and it cited an earlier medical journal report of an increase in congenital nervous system malformations in newborns in French Polynesia following a Zika virus outbreak in 2013 and 2014.

In a risk assessment a few days earlier, the ECDC said there is only ecological evidence between the outbreak and microcephaly, and though an association can't be ruled out, further investigations are needed. It added that microcephaly can be caused by a variety of factors, but Flavivirus infections are known to potentially cause premature birth, congenital defects, and microcephaly.

Nov 27 WHO statement on Zika virus in Guatemala

Nov 27 WHO statement on Zika virus in El Salvador

Nov 27 WHO update on microcephaly cases