Highly resistant MCR-1 'superbug' found in US for first time 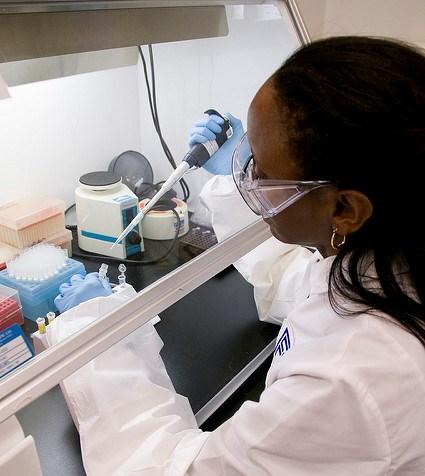 Bacteria carrying the very worrisome MCR-1 resistance gene—which makes the last-line antibiotic colistin useless against them—have been found in human and animal samples for the first time in the United States, according to a report today in Antimicrobial Agents and Chemotherapy and a statement by federal health officials.

A Chinese team first described the MCR-1 gene last November, after finding it in pigs, pork, and humans. Since then scientists in several countries have found the gene, sometimes alongside other resistance genes, after examining their sample collections. The gene can be transferred to other organisms, compounding the concern.

Today's findings involve a 49-year-old woman whose urine contained Escherichia coli harboring the MCR-1 gene and an E coli isolate from a pig intestine that also contained the colistin-resistance gene.

The woman sought care at a Pennsylvania clinic for symptoms of a urinary tract infection 1 month ago today, according to researchers at the Walter Reed Army Institute of Research (WRAIR) and Walter Reed National Military Medical Center in Silver Spring, Md. An E coli isolate cultured from her urine was forwarded to Walter Reed for drug-resistance testing.

Susceptibility testing revealed the pathogen to be extended-spectrum beta-lactamase (ESBL)—producing E coli, which are typically resistant to several common antibiotics like penicillin and cephalosporins. Real-time polymerase chain reaction revealed the presence of the MCR-1 gene, signifying extreme drug resistance. In total, the bacterium contained 15 antibiotic-resistance genes on two plasmids (small DNA strands), one of them a novel IncF plasmid.

"Colistin is one of the last efficacious antibiotics for the treatment of highly resistant bacteria. The emergence of a transferable gene that confers resistance to this vital antibiotic is extremely disturbing," said lead author Patrick McGann, PhD, of WRAIR, in a Walter Reed news release.

"The discovery of this gene in the U.S. is equally concerning, and continued surveillance to identify reservoirs of this gene within the military healthcare community and beyond is critical to prevent its spread," he added.

The authors wrote in their study, "The association between mcr-1 and IncF plasmids is concerning as these plasmids are vehicles for the dissemination of antibiotic resistance and virulence genes among the Enterobacteriaceae.

"Continued surveillance to determine the true frequency for this gene in the USA is critical."

The woman had not traveled outside the country in the previous 5 months, the authors wrote, so the strain is unlikely to have been imported. So far Walter Reed has tested 20 other ESBL-producing E coli isolates, and all have been susceptible to colistin, according to the study.

The isolate will be stored in Walter Reed's Multidrug Resistant Organism Repository and Surveillance Network (MRSN), the release said. Researchers will be able to access it for research on drugs and other MCR-1 countermeasures.

"Through our surveillance system, we have the unique ability to coordinate source information with susceptibility and sequencing data, and if need be, go back to understand changes in infecting organisms to best treat infection and track emerging multidrug resistant organisms," said Col. Emil Lesho, MRSN director.

US public health officials are urgently responding to contain and prevent the potential spread of MCR-1, according to the release. The active surveillance that helped identify the woman's isolate and the storage of isolates helps researchers identify trends in resistance and prevalence.

The MRSN is a key component of the National Action Plan for Combating Antibiotic Resistant Bacteria, the release notes.

On the animal side, today US Department of Agriculture (USDA) and Department of Health and Human Services (HHS) scientists reported that they have found colistin-resistant E coli in a single sample from a pig intestine, HHS said in a blog post.

The MCR-1 sample is also resistant to ampicillin, streptomycin, sulfisoxazole, tetracycline, and other antibiotics.

The USDA used a modified technique for detecting MCR-1, "employing a targeted and extremely sensitive method to examine whole bacterial populations found in intestinal samples from food-producing animals," according to the post. So far the swine intestine sample was the only 1 of 949 samples screened that tested positive for MCR-1.

In addition, HHS's Centers for Disease Control and Prevention (CDC) and the Food and Drug Administration have used whole-genome sequencing to search for MCR-1 in Salmonella, E coli and Klebsiella isolates obtained from people and retail meats. As of April, more than 44,000 Salmonella and 9,000 E coli and Shigella isolates have tested negative for MCR-1, HHS noted.

"Although the findings suggest that mcr-1-mediated colistin resistance might be rare, HHS and USDA remind consumers that cooking all meat, poultry and fish to its proper internal temperature kills bacteria, viruses and other foodborne pathogens, whether or not they are antibiotic-resistant," the blog post said.

Beginning this fall, the CDC's antibiotic resistance lab network will provide the infrastructure and lab capacity for seven to eight regional labs, as well as labs in all states and seven major cities and territories, to detect and respond to resistant organisms recovered from human samples, HHS said.

The blog post also said that the CDC is working with the Department of Defense, the Pennsylvania Department of Health, and other authorities to identify close contacts of the Pennsylvania patient and whether anyone became infected with bacteria containing the MCR-1 gene. And the USDA is trying to determine the farm of origin for the pig sample.