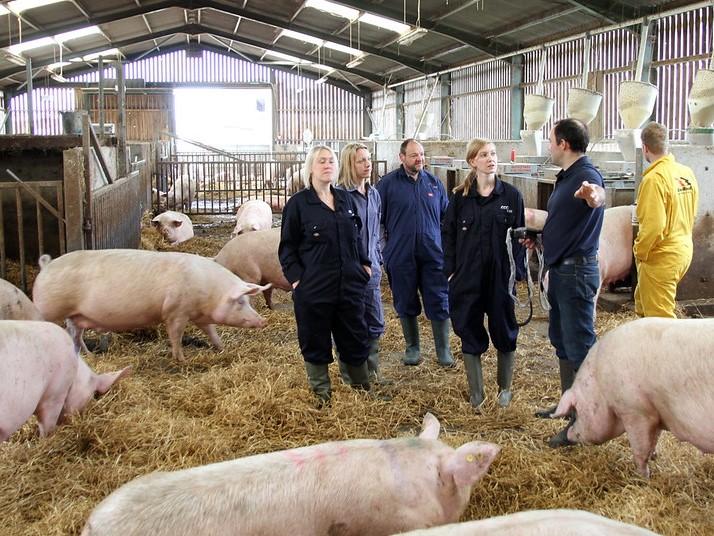 A new report from the European Medicines Agency (EMA) shows that sales of antibiotics for use in food-producing animals have been nearly cut in half across Europe since 2011.

The annual European Surveillance of Veterinary Antimicrobial Consumption (ESVAC) report shows that, in the 25 European Union/European Economic Activity (EU/EEA) countries that have provided sales data for all years, aggregated sales of veterinary antibiotics declined by 46.5% from 2011 to 2021, marking the lowest value ever reported. Twenty-three of the 25 countries saw declines ranging from 4.4% to 65.4%. The sales data cover all species considered to be food-producing by EU legislation.

The data also show that sales of antibiotics that are considered critically important for human medicine fell considerably over the period, with sales of third- and fourth-generation cephalosporins falling by 37.8%, polymyxins by 79.5%, fluoroquinolones by 14.2%, and other quinolones by 83.2%. Critically important antibiotics accounted for 5.5% of total veterinary antibiotic sales in 2021.

Data from 29 EU/EEA countries, plus Switzerland and the United Kingdom, show that aggregated sales of veterinary antibiotics fell by 4.9% from 2020 to 2021, following a 5.5% increase the previous year.

"The positive results reflect the efforts of veterinarians, farmers and pharmaceutical industry to reduce the use of antibiotics to prevent antimicrobial resistance," Ivo Claassen, Head of EMA's Veterinary Medicines Division, PhD, said in a press release. "It also shows that European Union policy initiatives and national campaigns promoting prudent use of antibiotics in animals are having a positive impact."

Ban on preventive use of veterinary antibiotics

The policy initiatives that Claassen referred to include the European Commission's Farm to Fork Strategy, which aims to reduce sales of antibiotics for farmed animals and aquaculture by 50% by 2030 (using 2018 sales data as a baseline) as part of an overall goal of making food systems safer and more environmentally friendly. According to the report, the 27 EU member states have already achieved an 18% reduction—more than a third of that goal.

But the authors warn that hitting the 50% reduction target may not be easy.

"Despite the achievement, Member States will have to continue taking action in order to further reduce their overall aggregated sales of antimicrobials and reach the 2030 goal within the next nine years," the ESVAC report states.

The new law also reinforces a ban on the use of antibiotics for growth promotion in livestock and obligates EU/EEA member states to collect data on sales and use of veterinary antibiotics. The current report, as well as the previous 11, is based on data that is voluntarily supplied by European countries. From 2024 onward, it will be mandatory to provide sales data to ESVAC.