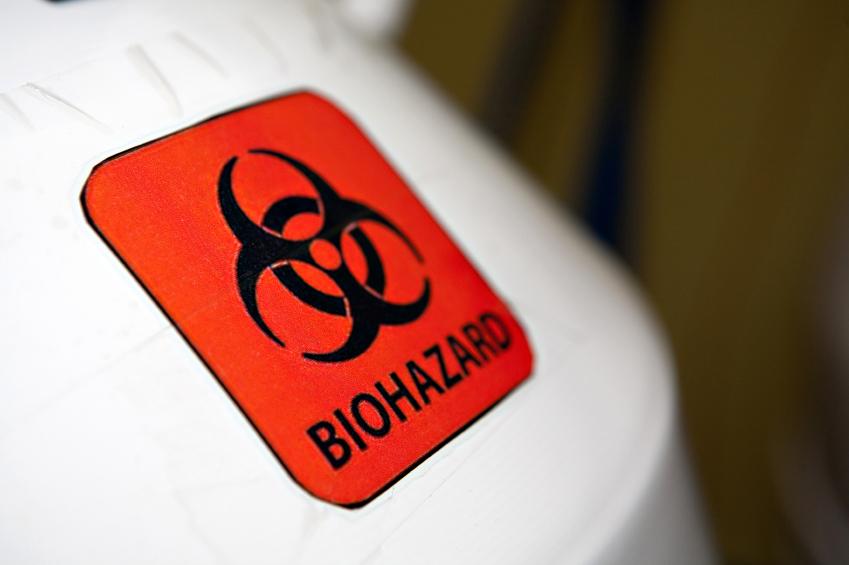 Fresh controversy has erupted over influenza research by Yoshihiro Kawaoka, DVM, PhD, of the University of Wisconsin (UW), with a British newspaper alleging in a Jul 1 story that he created a new strain of 2009 H1N1 (pH1N1) virus that could spark a pandemic, and the university branding the story as biased and largely wrong.

In that story and in an earlier media report, a UW Institutional Biosafety Committee (IBC) member publicly questioned the safety of Kawaoka's flu research. Two university biosafety officials fired back yesterday, saying the committee member, Thomas Jeffries, PhD, had passed up opportunities to tour Kawaoka's lab and to learn the details of his work.

Jeffries, however, told CIDRAP News today that such a visit would not have altered his opinion of the research.

And in a related development, a Jul 1 Nature news story revealed that the university and the National Institute of Allergy and Infectious Diseases (NIAID) initially disagreed about the risks involved in an earlier Kawaoka study involving the generation of a 1918-like flu virus. The NIAID overruled the university's assessment and required it to develop a risk-mitigation plan, the story said.

Kawaoka's gain-of-function (GOF) research has made headlines before, including a 2012 study that generated an H5N1 virus with increased transmissibility in ferrets.

The Independent, a British newspaper, reported that a not-yet-published study by Kawaoka involved the deliberate creation of "a pandemic strain of flu that can evade the human immune system."

The story by reporter Steve Connor said Kawaoka genetically manipulated the 2009 pandemic H1N1 virus to enable it to evade human antibodies, "effectively making the human population defenceless against its resurgence."

But the university, in a letter to The Independent's managing editor, called the story "irresponsible, alarmist, sensational and, in many instances, blatantly false." The letter was written by Timothy Yoshino, chair of the university's Biosecurity Task Force, and Susan West, chair of the IBC.

The letter, a copy of which the university provided to CIDRAP News, said the aim of the study was to improve the selection of H1N1 vaccine strains by predicting natural changes in the virus that would require a new vaccine strain. It said the population is not defenseless against the H1N1 strain involved in the study.

The newspaper said that until now, Kawaoka's only public disclosure of information about the study came at an unspecified scientific meeting earlier this year. Some audience members at the meeting were "shocked and astonished" by his description of the research, the story said.

The account included anonymous quotes from one scientist who heard the talk and told the newspaper, "He's basically got a known pandemic strain that is now resistant to vaccination. Everything he did before was dangerous but this is even madder."

The story also said the study was done in a biosafety level 2 (BSL-2) laboratory, two levels below the safest conditions. It further alleged that some IBC members were not informed about details of the pH1N1 study and have expressed concerns about the safety of Kawaoka's overall flu research.

IBC member Jeffries told the newspaper he was not informed of Kawaoka's work on 2009 H1N1 and that he has reservations about his other research on flu viruses. "I'm very uneasy when the work involves increasing transmissibility of what we know already to be very virulent strains," he said.

The story does not identify any other IBC members critical of the research.

Jeffries had voiced similar concerns in a Jun 29 story in the Wisconsin State Journal, a newspaper in Madison. He said he had voted against Kawaoka's research proposals at IBC meetings, and he also commented that most committee members work for the university, which relies on grants like those that Kawaoka receives.

(Jeffries' comments to the State Journal were summarized in a Jun 30 CIDRAP News story.)

The Independent included comments from a university official in defense of Kawaoka's research. Rebecca Moritz, who oversees UW's work on select agents, told the newspaper that the aim of the H1N1 study was to identify changes that would render existing vaccines ineffective. The purpose was to "model the immune-pressure the virus is currently facing in our bodies to escape our defenses," she said. She also said the IBC found the containment procedures appropriate for the study.

Kawaoka told the newspaper that he had presented preliminary results of the H1N1 study to the World Health Organization (WHO) and that they were "well received."

"We are confident our study will contribute to the field, particularly given the number of mutant viruses we generated and the sophisticated analysis applied," he said.

In their letter responding to the Independent story, Yoshino and West accused Connor, the reporter, of deciding in advance what kind of story he wanted to write and shaping it accordingly. They said he ignored the fact that researchers can't discuss specific details of studies before they are published.

Other assertions they made included the following:

The letter also said that all IBC members, including Jeffries, have access to all the details of experiments, including Kawaoka's. Jeffries declined an invitation to tour Kawaoka's lab and has not requested to review his safety protocols and records.

"If Jeffries was unaware of the research, it was due to his own failure to avail himself of all opportunity to become informed about work in a lab he claims to be deeply concerned about," the letter stated.

West and Yoshino reiterated these points and added others in a statement sent to CIDRAP News yesterday, in response to the Jun 30 CIDRAP News story noting Jeffries' comments to the State Journal.

The two officials wrote that Jeffries, in view of his refusal of the lab tour invitation and his failure to review research records, "has not lived up to his responsibility as a committee member to be fully informed about the safety aspects of Dr. Kawaoka's work."

They also wrote, "Jeffries' suggestion that some committee members may be favoring certain projects out of financial interest for the university when evaluating research on campus flies in the face of the critical charge of this committee; to ensure that research is being conducted safely, responsibly and in compliance with established regulations. This reflects a fundamental misunderstanding of the IBC and the role of committee members."

In an interview with CIDRAP News, Jeffries said he declined the invitation to tour the lab because he was leaving on a trip the next day and was short on time. He told CIDRAP News that he wasn't concerned about the physical containment of the viruses used, "so visiting the facilities would've made no difference to my opinion."

"What I had insisted on was biological containment as well," he said. "The work should be done with an organism that has been attenuated."

Jeffries, a microbiologist and emeritus professor at the university, joined the IBC in January 2013. He said he has looked into Kawoaka's research in detail and asked specific questions at an IBC meeting that Kawaoka attended. "And I made very specific suggestions based on the research," he added.

He said he would like to see a formal, quantitative risk-benefit analysis of the research in question. He said he couldn't go into any specifics about it because it has not yet been published.

Jeffries also commented that West, Yoshino, and Kawaoka are all in the School of Veterinary Medicine, which he said suggests a potential conflict of interest. He likened the situation to that of a scientist who is asked by a journal editor to review a manuscript authored by someone in the same department.

Despite that concern, he said, "I think that Dr. West and other members of the committee take their jobs very seriously."

West and Yoshino, in their statement to CIDRAP News, said Kawaoka's research proposals are subject to several layers of independent evaluation before studies are launched. Those include:

The university made similar points in an online statement today about safety at its Influenza Research Institute, where Kawaoka works.

"UW-Madison takes accountability for the safe, secure and responsible conduct of all of its research with the utmost seriousness," the statement says. "While there is no such thing as zero risk, UW-Madison has invested considerable resources and effort toward making the research environment safe and secure. The university has and will continue to review and improve the many safeguards in place at the IRI and other labs on campus where pathogens are studied."

Disagreement with NIAID over earlier study

In related news, Nature reported this week that the university and the NIAID disagreed with the university about the risks in Kawaoka's study involving the generation of a 1918-like flu virus using viral genes currently circulating in birds, with the goal of assessing the risk of such an event occurring naturally. The study was published in June in Cell Host & Microbe.

The story said the university initially found that the project did not fit the definition of "dual-use research of concern" (DURC), meaning research that could be misused to threaten public health.

The federal government issued new rules for DURC in 2012, setting seven criteria for such studies, the story notes. If a study meets any of the criteria, a formal risk-mitigation plan is required.

When the university reviewed Kawaoka's proposal in July 2012 and his progress report the following November, it concluded that the project did not meet any of the DURC criteria, Nature reported. Officials maintained that the research would not add risk beyond that incurred in reconstructing the 1918 flu virus in 2005 and would not generate more virulent viruses.

But in February 2013 NIAID officials told the university they disagreed with that assessment and instructed the institution to develop a risk-mitigation plan, the story said. The plan was approved in April 2013.

Two other experts contacted by Nature agreed that the study met the DURC criteria.

A third expert, Adolfo Garcia-Sastre, PhD, of Mount Sinai Hospital in New York, said the events demonstrate that the system for vetting potential DURC is working.