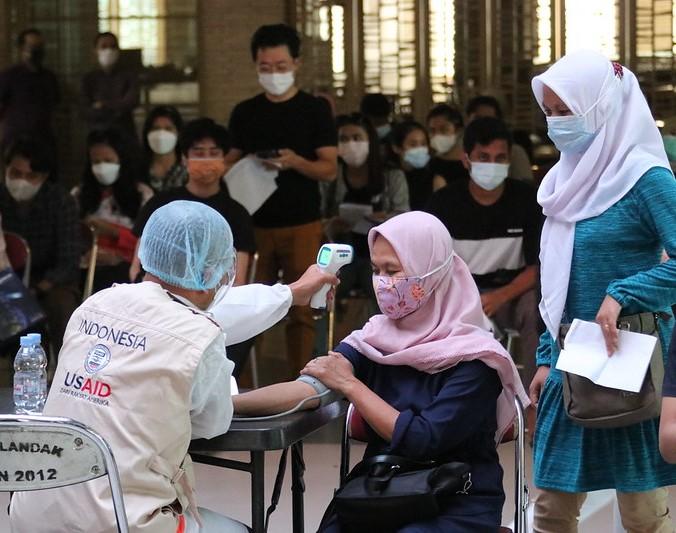 Some locations in Asia affected later by the Omicron variant are reporting more daily record highs, even in places like Hong Kong that have taken a more aggressive "zero COVID" approach to battling the virus.

Hong Kong today reported a record 614 cases, nearly all of them locally acquired, according to the Centre for Health Protection. The surge in cases and shortages of imported food due to transport disruptions have led to panic buying at supermarkets, according to Reuters.

Meanwhile, on China's mainland, the Guangxi province city of Baise, home to 3.6 million people, is on lockdown. The city's outbreak started with one case in a returning traveler who tested positive on Feb 5, with mass testing turning up 98 more cases, according to the South China Morning Post. The city is in southern China near the border with Vietnam.

At the Winter Olympic Games in Beijing, 24 more COVID-19 cases were reported in athletes and staff, raising the total to 387, according to China's Olympic committee. The country has a closed-loop system to separate Olympic participants from the public.

South Korea's test positivity rate reached a record high of 26% and has risen threefold over the past week, according to The Korea Herald, which cited data from the Korea Disease Control and Prevention Agency.

The number of people treated at home is nearing a record, and officials announced efforts to focus on those at highest risk. Also, the government announced plans to streamline contact tracing, which will enable people to report their own data to authorities.

Elsewhere, Indonesian officials said they anticipate that the country's Omicron surge will peak later this month, and today they tightened limits on gatherings in four cities, according to The Straits Times. They are Jakarta, Bali, Bandung, and Yogyakarta.