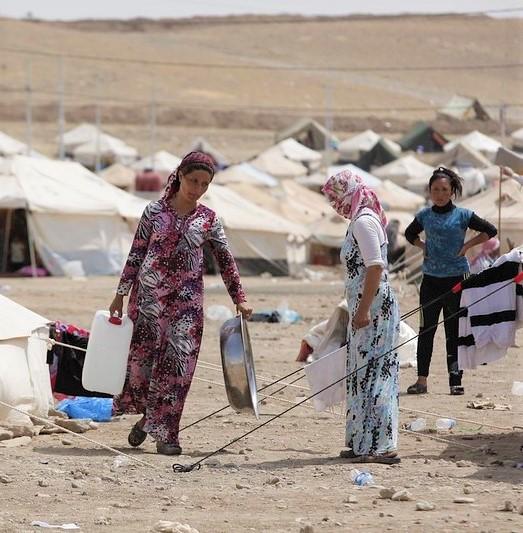 The first COVID-19 case has been detected in northern Syria's Al Hol refugee camp, the World Health Organization (WHO) Eastern Mediterranean office (WHO EMRO) said yesterday on Twitter. The camp, located in the north of the country near the border with Iraq, is home to about 74,000 refugees, many of them displaced women and children from Syria and Iraq.

The patient is a 29-year-old woman who is being treated in an isolation area of the camp where a nongovernmental organization and the WHO are supporting patient care.  Health workers are identifying contacts and will be monitoring them for symptoms, as well as working with camp residents on how to protect themselves.

In other Middle East developments, Ahmed Al-Mandhari, MD, PhD, director of WHO EMRO, said in a statement today some countries in the region have experiences surges after lifting restrictions or are experiencing them following other emergency situations.

For example, he said Libya recently reported a record daily high, and in Lebanon, cases were already increasing before the Beirut blast and are now picking up speed. He added that Gaza also reported its first cases outside of the quarantine setting.

"Other countries such as Iraq, Jordan, Morocco and Tunisia are also witnessing upsurges of varying degrees," he said, adding that various factors are influencing COVID-19 patterns across the region, including migrants, mass religious gatherings, and sociopolitical events. To address the challenges, Al-Mandhari said the regional office is setting up a task force to work with member states to conduct an evidence-based analysis and explore the most effective rapid responses.

An encouraging sign is that 8 months into the pandemic, health system responses are maturing across the region, he said, noting that officials are adding a health system development pillar to its COVID-19 incident management support team.

Spain today reported its highest daily total since its lockdown ended, with 9,658 new cases, CNN reported. The country's health emergencies director said the current death rate is lower than the country's first wave, and the percentage of people with asymptomatic cases is much higher.

The country yesterday announced extra measures to keep school safe, including requiring that all children older than 6 wear masks and capping classrooms to 20 students.

Elsewhere, France also reported a post-lockdown daily case number today, with 7,379 reported, according to France 24. The health ministry said COVID-19 spread is now exponential, though so far hospitalizations are stable, with the virus spreading mainly in young people who have few symptoms.

In Germany, Chancellor Angela Merkel today warned that pandemic activity could increase in the months ahead and that life won't return to normal until a vaccine has been developed, Reuters reported.

Like other parts of Europe, COVID-19 activity has increased in Germany in recent weeks, and government officials today vowed to keep schools open but tightened some controls, such as extending a ban on large gatherings until the end of the year and strengthening quarantine rules for travelers coming from high-risk countries.