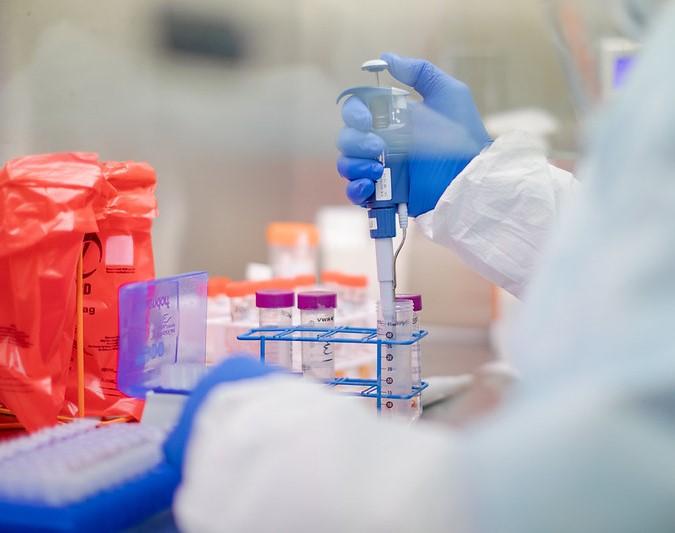 Today President Donald Trump declared a national emergency in the face of a growing public health and economic crisis due to the COVID-19 global pandemic.

The proclamation of a national emergency allows the president to exercise an array of emergency powers and tap into $50 billion, which will be used in part by states to set up emergency centers effective immediately.

Trump also announced a new public-private partnership to address and remedy the shortage of coronavirus tests.

Half a million tests available soon

Beginning Sunday evening, Mar 15, a website developed by Google will be made public and will include a symptom checklist. If symptoms suggest possible infection with the novel coronavirus, patients will be instructed to new drive-through testing facilities, which will be loaded in Wal-Mart, Target, and Walgreen's parking lots.

The swab-based test will provide results within 24 to 36 hours, officials said.

"To do this level of mass testing, you need a public-private partnership," said National Institute of Allergy and Infectious Diseases (NIAID) Director Anthony Fauci, MD. Fauci was one of several health officials and business leaders who appeared alongside the president in the White House's Rose Garden.

Trump also offered clarifications on his new travel-ban against travelers coming from Europe. He said Americans will be subjected to a 14-day self-quarantine upon return from Europe, and said he may consider extending the ban to the United Kingdom given that nation's rising case count.

Trump also announced he would be waiving interest on federal student loans until further notice, and said he would oversee crude oil purchasing.

"The next 8 weeks are critical," he said.

By Friday afternoon at least seven states and Washington, DC, ordered public schools to close in an effort to slow the spread of the virus. According to CNN, Kentucky, Maryland, Ohio, Michigan, Louisiana, Rhode Island, and New Mexico had all closed for at least 14 days and in some cases 3 weeks.

In Minnesota and Massachusetts, governors announced a ban on gatherings of 250 people or more. But in both states, governors said there would be no school closings.

During a press conference, Minnesota Health Commissioner Jan Malcom said the state was not ready to close schools. Citing evidence from Hong Kong (which closed schools) and Singapore (which did not), Malcom said the data were not yet clear that school closures—especially short-term closures—made a significant dent in coronavirus transmission. The virus mostly spares children, and school closings may have to last 8 weeks or more to mitigate community risk, Malcolm said.

In Santa Clara County, California, which has 79 COVID-19 cases, including 43 cases involving community spread, officials rolled out some of the toughest social distancing measures in the country. The County Public Health Department announced today no public or private gatherings of more than 100 people, and no gatherings of 35 to 100 people unless certain conditions are met.

"As the outbreak of COVID-19 in Santa Clara County continues to accelerate, our aggressive measures are designed to slow the spread of disease and protect critical healthcare system capacity and other essential services," said Sara Cody, MD, Santa Clara County public health officer in a press release. "We recognize these actions will have a significant impact of the lives of our citizens, but we believe they are necessary to protect the well-being of our community."

The order will be in place for at least 3 weeks.

On Twitter, New York Governor Andrew Cuomo said New York now had 421 cases, a 96-case increase since yesterday. Cuomo said private labs will begin testing for the virus next week in his state, and he expects daily testing to rise from 3,000 tests per day to 6,000.

"As we test more, the numbers will rise. But remember that the more positives we find, the more we can reduce the spread," he said. Today Cuomo also opened up the first drive-through testing center in New Rochelle, the Westchester County town that's been New York's ground zero for virus activity.

Miami Mayor Francis Suarez announced today he has tested positive for the coronavirus. According to the New York Times, Suarez tested positive after coming into contact with Brazilian nationals who visited Trump’s Mar-a-Lago golf resort this past weekend. Trump said today he has no symptoms of the virus and has not yet been tested.

On Friday afternoon, the New York Times tracker showed 1,875 US cases, including 41 deaths. Washington state and New York have the most cases, with 421 each, followed by California (252) and Massachusetts (108).