US COVID-19 cases surge on eve of Election Day 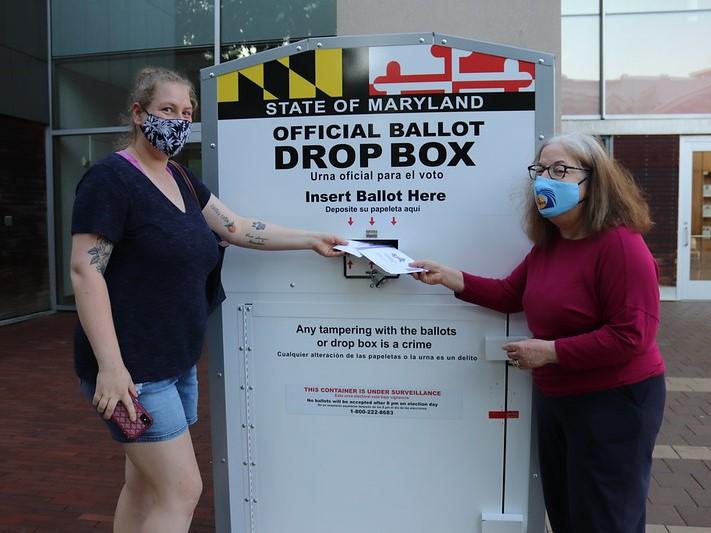 On the eve of Election Day, the United States is entering uncharted territory in the COVID-19 pandemic.

And those numbers could be an undercount. Public health officials told the New York Times they're worried that because several states don't report the results of rapid COVID-19 antigen testing, there could be greater spread of the virus than is being reported. The paper reports that seven states plus Washington, DC, don't publicly report antigen test results, while six keep the number separate from their total case count.

COVID Tracking Project data, meanwhile, show the 7-day average for COVID-hospitalizations at 45,690, which is below the levels seen in the spring and summer peaks but is steadily climbing as states across the country see their hospitals filling up with COVID-19 patients.

There have been 9,268,896 confirmed COVID-19 cases since the pandemic began in the United States, and 231,353 deaths, according to the Johns Hopkins tracker.

COVID-19 shadow on the campaign trail

Amid the nationwide surge in cases, President Donald Trump and Democratic presidential candidate Joe Biden are crisscrossing the country in their last full day of campaigning, presenting starkly different message on the pandemic.

While Biden has promoted the wearing of masks, warned of a dark winter, and said he will listen to the scientists, Trump has downplayed and sometimes mocked masks, criticized coronavirus restrictions, and repeatedly said the country is turning the corner even as COVID-19 cases rise. And at a rally in Florida yesterday, the president suggested he might fire Anthony Fauci, MD, director of the National Institute of Allergy and Infectious Diseases and member of the White House coronavirus task force, if he wins the election.

"Don't tell anybody, but let me wait until a little bit after the election," Trump said in response to "fire Fauci" chants from the crowd, according to the Associated Press.

The remark came in the wake of an interview in which Fauci told the Washington Post that that the country "could not possibly be positioned more poorly" heading into the winter, and needed to make an "abrupt change" in its approach to the pandemic. Fauci also said that the Biden campaign is looking at the pandemic from a public health perspective, while the Trump administration is more focused on the economy.

Surveys suggest the electorate's views of the pandemic is closer to the former vice president's. In an NBC News/Wall Street Journal poll released yesterday, 55% of respondents said they think the worst is yet to come with the pandemic, compared with 25% who said the worst is behind us. A Pew Research poll from earlier in the month found that 57% of registered voters were confident that Biden could handle the pandemic, compared with 40% for Trump.