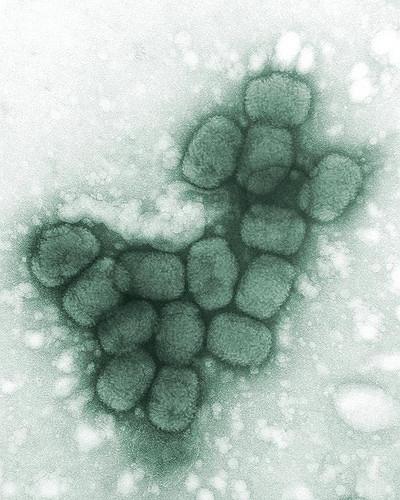 Yesterday, Science magazine published a story about a group of Canadian researchers at the University of Alberta who, for about $100,000, created a horse poxvirus that had been extinct.

While many news agencies and scientists expressed their shock at this development, several researchers say this discovery has been expected for a long time.

"This shouldn’t surprise anyone," said Paul Duprex, PhD, director of cell and tissue imaging at the National Emerging Infectious Diseases Laboratories at Boston University. "It’s just molecular biology, and we've had the ability to do this for ages."

Duprex said the Canadian group's paper on their recreation of a horsepox virus, closely related to the smallpox virus, has yet to be published. The group said their work was done via genetic pieces ordered in the mail, and their objective was to understand the origins of the historic smallpox vaccine to promote new vaccine and cancer research.

"This research group is very responsible group of scientists," said Paul Keim, PhD, a regent's professor of biology at the University of Northern Arizona. "But there's an obvious dual-use question here, the research should be done and carefully."

The threat, said Keim, is that if a research group could recreate a poxvirus for such a small amount of money, they could also recreate smallpox. Smallpox, eradicated in 1980, was one of the world's deadliest scourges and its eradication has been the crown jewel of 20th century public health.

Keim said it was his opinion that the Canadians had a valid research goal, and recreating poxviruses, which are genetically much larger than, for example, influenza viruses, is not inherently dangerous.

"This sort of technology isn't accessible to the do-it-yourselfers yet," said Keim. "You can't do it in your garage. But a rogue government or other state actors could easily do this work."

Keim said responsible scientists and international regulations are perquisites for doing any sort of recreation work.

‘Probably not an isolated event’

CIDRAP Director Michael Osterholm, PhD, MPH, director of the University of Minnesota's Center for Infectious Disease Research and Policy, publisher of CIDRAP News, wrote about the recreation of smallpox in his latest book, Deadliest Enemy: Our War Against Killer Germs.

"In the last day I've received a number of e-mails from colleagues who say they're surprised, I'm surprised they're surprised," said Osterholm. "If anything this shows us that any accomplishment we have in public health can be undone."

Osterholm said that it's unlikely the Canadian group's work is an isolated event.

"If they did this at the University of Alberta under the radar screen, it can't be seen as an isolated event," he said.

Moreover, Osterholm said, this latest threat is representative of a whole category of agents, including influenza virus and drug-resistant strains of bacteria, that can be made more pathogenic and virulent, and thus more dangerous, with modern technology.

"We haven't adequately prepared for those threats," said Osterholm. "Though some of us have seen them for a long time."