Ebola cases rise in Guinea as US announces traveler monitoring 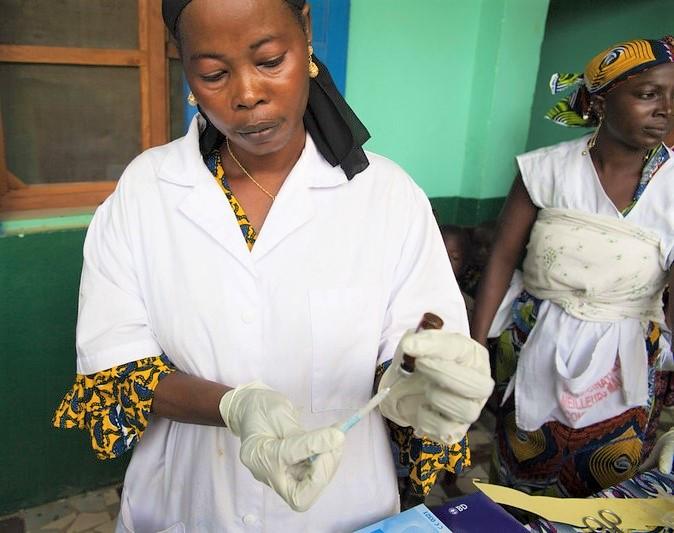 Guinea has reported eight more Ebola cases over the past few days, and the US Centers for Disease Control and Prevention (CDC) recently announced health screenings for travelers arriving from both Guinea and the Democratic Republic of the Congo (DRC), due to their outbreaks.

Guinea is battling a new outbreak in an area where West Africa's massive outbreak of 2014-16 began. The new outbreak has reached 17 cases, 13 of them confirmed and 4 listed as probable, Mike Ryan, MD, director of the World Health Organization (WHO) health emergencies programs, said today at a briefing.

The cases are contained in the N'Zerekore and Gueckedou prefectures in southern Guinea, and surveillance has been stepped up in other parts of Guinea and in neighboring countries, Ryan said. Though the increase in cases is concerning, he said outbreak responders have made good headway on tracking and contact tracing, and of about 500 contacts identified, about 99% are being followed.

So far, more than 1,100 people have been immunized as part of a ring vaccination strategy.

Ibrahima Soce Fall, MD, assistant director-general for emergency response at the WHO, said the rapid scale-up in surveillance and response is a sign that investments are working. And though health officials expect to see more cases, experienced teams in Guinea are working and engaging with local leaders, he added.

Ryan said the outbreak total in the DRC remains at 8 cases, 4 of them fatal. He added that no new cases have been reported since Feb 22.

In a related development, the CDC announced on Feb 26 that starting this week, the US government will funnel travelers from the DRC and Guinea to six US airports. In a statement, it said airlines will collect and send passenger information to the CDC on passengers who were in the DRC or Guinea within the previous 21 days. State and local health officials will use the information to monitor people arriving from the countries.

The CDC said the steps are being taken out of an abundance of caution and that the measures apply to a small number of travelers. It added that outbreaks are occurring in remote areas of the two countries and that the risk to the United States is extremely low.

"The Biden Administration is committed to working closely with the affected countries to end these outbreaks before they grow into epidemics," the CDC said.

On Feb 24 the CDC posted level 3 travel warnings for both countries, which advise against nonessential travel to outbreak areas of the DRC and Guinea. The agency added that if work requires possible exposure to Ebola, adults traveling to the two countries should be vaccinated against Ebola, as recommended on Jan 8 by the CDC's Advisory Committee on Immunization Practices.