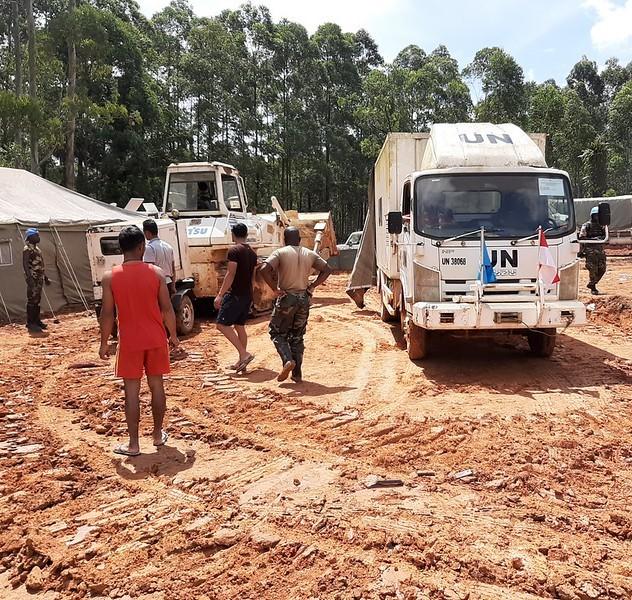 The Democratic Republic of the Congo (DRC) recorded 10 new Ebola cases today, as reflected on the World Health Organization's (WHO's) Ebola dashboard. The double-digit jump is a disheartening return to numbers last seen in mid-September.

The 10 new cases raise the outbreak total to 3,340, including 2,207 deaths. A total of 441 suspected cases are still under investigation.

In its latest situation report on the outbreak, the WHO said the Ebola response has been severely disrupted by violence in the eastern regions of the DRC.

"We are adapting our strategy to protect communities from a resurgence of the outbreak while keeping responders safe," the WHO said.

From Dec 2 to Dec 8, 11 new cases of Ebola were confirmed, with cases coming from Beni (55%, 6 cases), Mabalako (27%, 3 cases), and Mandima and Oicha, with 1 case each. Seventy percent of new cases are in known contacts, and the proportion of community deaths among confirmed cases has risen to 20%, up from the previous week's 9%.

In the past 3 weeks, the DRC has tracked 28 cases, with 54% of the cases linked to a funeral in Lwemba health area.

In an update posted late yesterday, the DRC's Ebola response technical committee (CMRE) said three of the six cases recorded yesterday involved traditional healers. Two healers were from Mabalako, and one was from Mandima. The other three cases were in Mabalako.

The CMRE also said that members of the technical committee visited the Biakato Mines area yesterday and pledged a vaccination campaign targeting the entire population of the town.

Biakato Mines was where three Ebola response workers were murdered in late November, which prompted the WHO to pull back from the area. At the time, Mike Ryan, MD, WHO executive director of emergency programs, predicted a surge of cases after the violence.

"Ebola was retreating and now it is likely to resurge. It will be a tragedy to see unnecessary suffering in communities," Ryan said then. "There has been an increase in cases."

Vaccination with two Ebola vaccines continued in the DRC and neighboring countries. It is not yet known which vaccine is being proposed for use in Biakato Mines.