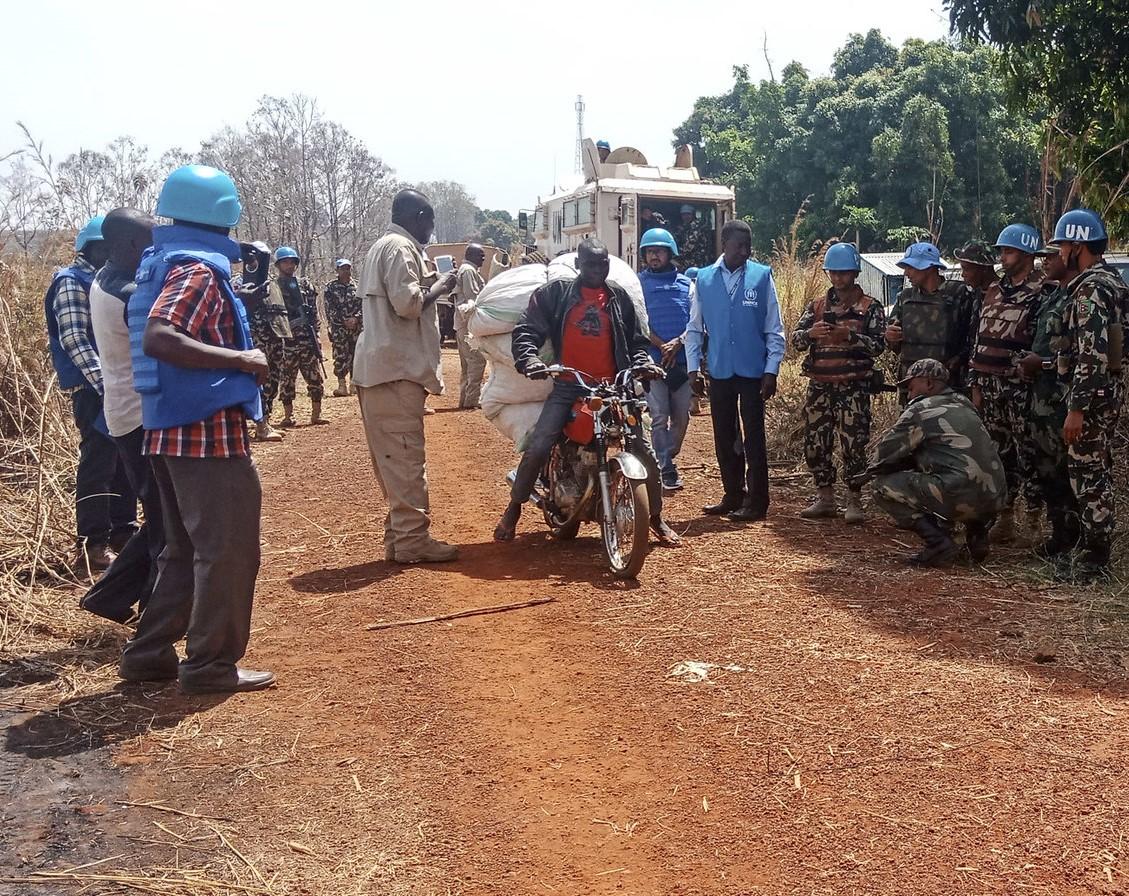 Spasms of insecurity and violence continued to rock Ebola hot spots in the Democratic Republic of the Congo (DRC) outbreak region over the weekend, temporarily halting response activities in Butembo, as the number of new cases reported in recent days grew by 43.

In research developments, a new study on the impact of intravenous (IV) fluid therapy during West Africa's outbreak found no difference in survival at the 28-day mark compared with people who didn't receive it, though the investigators said randomized controlled trials are needed to clarify its impact and role in resource-limited field settings.

In Butembo and nearby health areas, a May 4 demonstration by taxi drivers temporarily stopped response activities after the group placed wooden barricades on the main road arteries, the health ministry said yesterday. The protesters also attacked handwashing devices throughout the city.

A day earlier, bikers tried to attack a safe and dignified burial team and their security attachment who were attending to the body of a woman from Katwa who had recently died from Ebola. Two of the bikers were shot and killed during the altercation, and an investigation is under way into their deaths, the health ministry said.

The motorcycle taxi drivers association and customary chief met with bikers and asked them not to obstruct the work of the response teams. Health officials said they expect cases to increase in days ahead, owing to a temporary interruption in response activities, a pattern that has repeatedly been seen following past attacks in the region.

In another insecurity development, DRC armed forces clashed with a Ugandan rebel group in a village in Beni, following an attack by rebels on villagers, according to DRC media reports.

The new illnesses boost the overall outbreak total to 1,572 cases, 1,506 of them confirmed and 66 listed as probable. Health officials are also investigating 193 suspected Ebola cases.

Thirty-seven more people died from their infections, including 19 in the community or in local hospitals. In its update today the DRC health ministry said 1 new community fatality involves a health worker from Mandima who died at home. She was a hygienist at a health post in the Katanga area and had refused vaccination.

Eighteen people died in Ebola treatment centers, 8 of them in Butembo, 3 in Mabalako, 3 in Katwa, 3 in Beni, and 1 in Mandima. The new developments lift the outbreak's fatality count to 1,045.

IV fluid (IVF) therapy for Ebola is done to prevent hypovolema and organ failure, but evidence of a benefit in outbreak settings, where delivering the therapy can be challenging, has been limited and conflicting.

In a retrospective cohort study at five International Medical Corps Ebola treatment centers in Liberia and Sierra Leone, a research team led by Brown University scientists evaluated 424 Ebola cases, 354 of whom were treated with IVF during their admission. The group described its findings in a May 3 early online edition of Clinical Infectious Diseases.

In total, 146 (41.3%) of people treated with IVF survived, and 31 patients (44.9%) who didn't receive the treatment survived. A matched propensity score analysis didn't find a significant difference in 28-day survival between people treated and not treated with IVF during their first 24 and 48 hours of care. An adjusted analysis also found no difference in 28-day survival.

The authors note that the study provides the highest-quality evidence of IVF impact on survival to date, but they included several caveats. They said Ebola patients in the treatment centers typically got IVF as a bolus, with limited ability to monitor patients when no clinicians were in the patient wards. Slower infusion and or better monitoring may lead to better outcomes.

"It is entirely possible, based on our results, that small daily volumes of IVF may improve survival while large daily volumes worsen survival," they wrote, adding that a larger, prospective randomized controlled trial is needed to definitively answer the question.