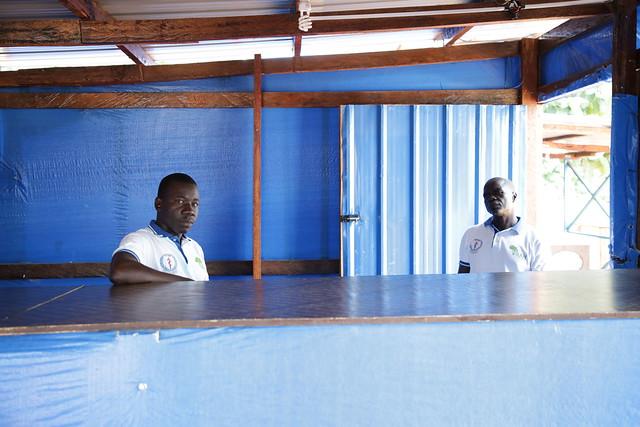 One day after the World Health Organization (WHO) called the ongoing Ebola crisis in the eastern reaches of the Democratic Republic of the Congo (DRC) a public health emergency of international concern (PHEIC), DRC officials said they accept the designation — with some reservations.

"The ministry hopes that this decision is not the result of the many pressures from different stakeholder groups who wanted to use this statement as an opportunity to raise funds for humanitarian actors despite the potentially harmful and unforeseen consequences for the affected communities that depend on them," the DRC ministry of health said yesterday in their daily update on the outbreak.

The comments seem to reflect the hesitancy the some in the DRC have had surrounding a PHEIC, which they argue would do little to actually increase the outbreak response and instead further economic distress in that country.

The designation comes just a few days after Goma, the region's largest city recorded their first case of the disease.

CDC, OXFAM, weigh in on PHEIC

"Ending the Ebola outbreak is one of the Trump Administration's top global health priorities," said HHS Secretary Alex Azar in a press release from the Centers for Disease Control and Prevention (CDC). "We appreciate the strong response of Dr. Tedros and WHO leadership to this outbreak, yet it is clear that much more remains to be done. The United States government has already played a vital role in supporting the response in the DRC and neighboring nations, and will continue this support until we have put an end to the outbreak."

The CDC said it is working with the US Embassy in DRC to place CDC staff in Goma; CDC also has 246 permanent staff in the three high-risk countries bordering the outbreak (South Sudan, Rwanda, Uganda), including 43 in DRC.

Oxfam said the PHEIC would bring much-needed global attention to the outbreak, and said that any new funding the PHEIC brings to the DRC must be monitored.

"This is also a crucial opportunity to strengthen the public health response and to respond to broader humanitarian needs in the country. Any new funding must be accompanied by stricter accountability to ensure that everyone is working effectively together to end this dreadful outbreak, that has claimed the lives of so many Congolese people," an Oxfam statement read.

WHO: No current cases outside of DRC

Yesterday the DRC confirmed 10 new cases of Ebola, including 6 in Beni, which also saw 3 community deaths yesterday. Beni has seen a flurry of cases in recent days, and in the last 3 weeks, 50% of all confirmed cases have come from that city.

Today the DRC will likely confirm another 10 new cases, raising the total to 2,532. As of yesterday, there were 1,698 deaths in the outbreak, and 374 suspected cases under investigation.

Vaccination continues across the outbreak zone and in Goma, with a total of 164,757 people vaccinated with Merck's VSV-ZEBOV.

"Vaccination around the confirmed Goma case continues at the Afia Himbi Health Center in the Goma Health Zone," DRC ministry of health officials said. "All contacts in the city were found in less than 72 hours, including the motorcycle taxi driver that the pastor had used to get to the health center. The response teams from Beni and Butembo continue the investigations to trace the pastor's journey and identify his contacts in these two cities."