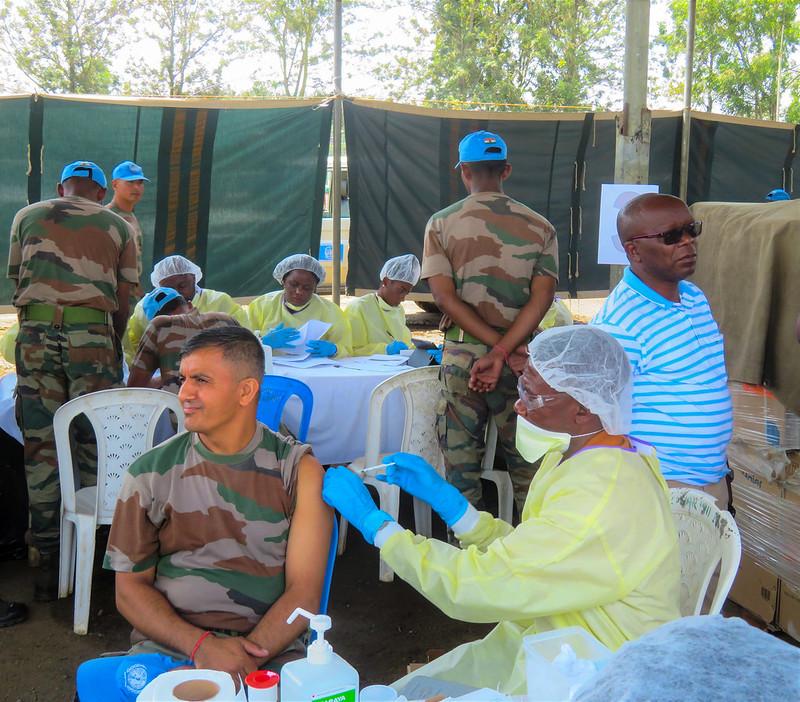 The European Commission has granted full licensure to Merck's VSV-ZEBOV, Ebola vaccine, a first for the product, which is currently being used in the Ebola outbreak in the Democratic Republic of the Congo (DRC).

"This is great news: @EU_Commission approved licensing the rVSV-ZEBOV-GP Ebola vaccine, the first time an Ebola vaccine has been licensed anywhere in the world," tweeted World Health Organization (WHO) Director-General Tedros Adhanom Ghebreysus, PhD, today. "I am proud of the dedication & collaboration of all involved. Next step is WHO prequalification, expected within days."

The vaccine, which Merck has named Ervebo, was first tested in humans during the Ebola outbreak in West Africa in 2014, and has been used since then in ring vaccination campaigns during active outbreak settings. The campaigns have targeted case contacts and healthcare workers. In the current outbreak, almost 250,000 people have been vaccinated with the vaccine since August 2018.

Vytenis Andriukaitis, MD, the commissioner in charge of health and food safety for the European Commission, said in a press release, "Finding a vaccine as soon as possible against this terrible virus has been a priority for the international community ever since Ebola hit West Africa five years ago. Today's decision is therefore a major step forward in saving lives in Africa and beyond."

The full approval is based on a recommendation made by the European Medicines Agency (EMA) in October, which said bringing the vaccine to market would help control Ebola outbreaks globally.

The vaccine has been tested in 16,000 adults in several clinical studies in Africa, Europe and the United States where it has been proven to be safe, immunogenic, and effective against the Ebola Zaire strain of the virus. Clinical trial results released by the WHO this spring showed the vaccine efficacy was more than 97%.

With full approval, the vaccine will be cleared for use in 28 countries that are part of the European Union, was well as in European Economic Area countries including Iceland, Liechtenstein, and Norway. The US Food and Drug Administration is reviewing the vaccine.

A licensed vaccine will allow more manufacturing of Ervebo, and streamline the use of the vaccine during an outbreak.

Over the weekend the DRC recorded 1 new Ebola case, raising the outbreak total to 3,287, according to the WHO's online Ebola dashboard. A total of 482 suspected cases are still being investigated, and fatalities stand at 2,192.

Yesterday the DRC's Ebola technical committee (CMRE) said the case was from Mabalako, and also noted a community death in that village.